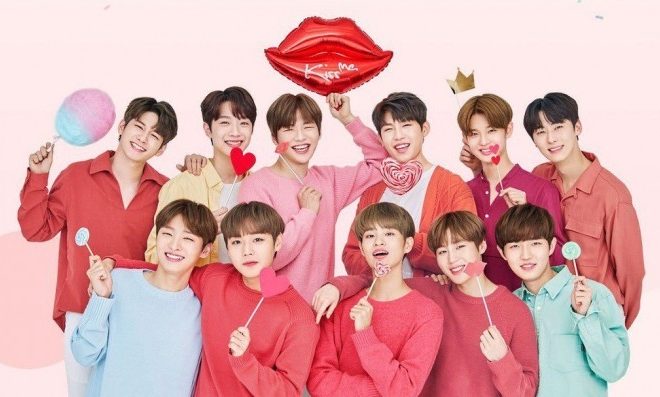 On March 5, project boy group Wanna One dropped a special theme track, titled “I.P.U”, as a special gift for its loyal fans. The song was unveiled 14 days before the official release of the band’s new album 0+1=1(I Promise You).

According to the industry report on March 6, as soon as its release, Wanna One’s new track secured the top position on six major local charts, including Melon, Genie, Bugs Music, Mnet, Soribada and Naver Music as of 8 a.m KST.

In addition, it is reported that the boys’ upcoming album has recently exceeded more than 700,000 copies in pre-orders.

Earlier, Wanna One’s first album dubbed 1X1=1 (To Be One) and repackaged album named 1-1=0 (Nothing Without You) also registered remarkable numbers for sale, which were 741,546 and 614,072 respectively.

The band made its 2017 unforgettable by winning various precious prizes at the 2017 Mnet Asia Music Awards, including Best Male Group Award, Best New Male Artist Award and Best of Next Artist Award.

In another news, Wanna One was recently confirmed to attend the global Korean pop music and culture convention KCON, which will take place in Japan next month.

FacebookTwitter
SubscribeGoogleWhatsappPinterestDiggRedditStumbleuponVkWeiboPocketTumblrMailMeneameOdnoklassniki
Related Items0+1=1(I Promise You)1-1=0 (Nothing Without You)1x1=1 (To Be One)2017 Mnet Asia Music AwardsI.P.Uwanna one
← Previous Story Mnet To Hold A Comeback Show For Wanna One
Next Story → JYP Entertainment’s Stray Kids To Officially Debut This Month