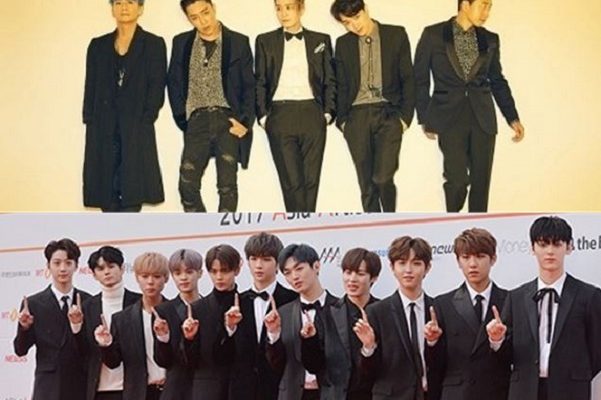 Wanna One And SECHSKIES To Collaborate At “2017 MBC Gayo Daejun”

Wanna One and SECHSKIES are sure to bring fans a virtuoso collaborative stage at the ‘2017 MBC Gayo Daejun’!

According to TV Report on December 17, rookie boy group Wanna One will join veteran group SECHSKIES for a special rendition at the upcoming 2017 MBC Gayo Daejun. They are currently working on the stage concept.

Previously, Wanna One’s Kang Daniel, Hwang Minhyun, Ha Sungwoon, Ong Seongwoo, and Park Woojin were reported to transform into H.O.T at the 2017 SBS Gayo Daejun on December 25. They are set to perform the veteran group’s hit track “We Are The Future.”

Thus, the news on Wanna One’s collaboration with the popular first-generation idol group SECHSKIES has gained overwhelming attention from fans.

Meanwhile, the 2017 MBC Gayo Daejun will take place at the MBC Dream Center in Ilsan, Gyeonggi-do on December 31.