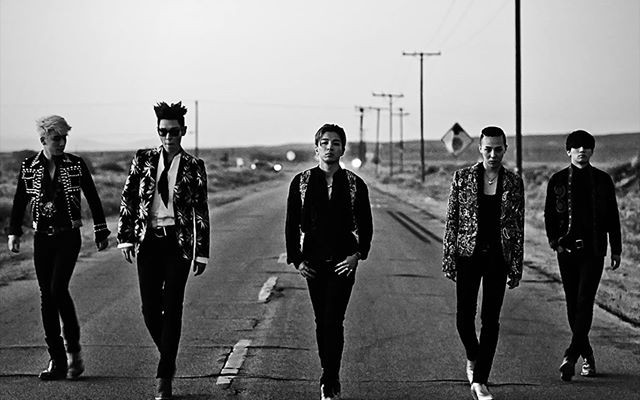 Want To Be The First To Get Ticket To BIGBANG ‘MADE’ Tour In Malaysia?

By Sharon | May 12, 2015
353
SHARES
FacebookTwitter
SubscribeGoogleWhatsappPinterestDiggRedditStumbleuponVkWeiboPocketTumblrMailMeneameOdnoklassniki

From Taeyang‘s RISE tour in Malaysia to Royal Pirates First Showcase in Malaysia, Hotlink will once again be the official Telco sponsor for one of the highly anticipated concerts, which is BIGBANG‘s world tour ‘MADE in Malaysia 2015.’

Fret of not having good view to see the BIGBANG boys? Want to be the first few fans to buy ticket to the concert?  As the official Telco sponsor, Hotlink has got you covered with a priority lane for 40 Hotlink customers during the ticket launch on 17 May, at Quill City Mall’s ground floor main court from 11am to 5pm.

Here is how you can be one of the 4o ticket buyers.

1.       Download the Hotlink RED app to your Android or Apple mobile device at www.hotlink.com.my/r

The first 40 customers to register will be chosen for the priority queue. The closing date for registration is 14 May. For those who managed to secure a spot, they will be contacted by 15 May for confirmation.

Apart from that, Hotlink has also introduced its K-pop Academy, where five of the biggest K-pop fans in Malaysia will be chosen to become Hotlink’s very own ambassadors of K-pop. The fans, who are chosen to join the academy, will be groomed and transformed into their favorite K-Pop star. They will be provided with singing and dancing lessons, makeover to look like their K-Pop idol, and ultimately star in Hotlink’s K-pop music video.

To become part of the K-pop Academy, fans need to submit a video of themselves to [email protected]. In the video, fans are required to:

1.       Prove just how BIG of a K-pop fan they are!
2.       Show their best dancing and singing skills
3.       In Korean, share something about themselves
Participant must be within 18 to 35 years old. The closing date for all submissions is 14 May.
Source by direct correspondence
Editing by Adrian Cheng
353
SHARES
FacebookTwitter
SubscribeGoogleWhatsappPinterestDiggRedditStumbleuponVkWeiboPocketTumblrMailMeneameOdnoklassniki
Related ItemsBigbangDaesungGdragonlistmade world tourmalaysiaquizSeungriTaeyangTOPYG
← Previous Story So Yi Hyun Confirms Her Pregnancy
Next Story → GOT7’s Jackson To Be The New MC of ‘Inkigayo’