What did HISTORY members do before performing on ‘Show Champion’?

By Community | May 5, 2013
FacebookTwitter
SubscribeGoogleWhatsappPinterestDiggRedditStumbleuponVkWeiboPocketTumblrMailMeneameOdnoklassniki 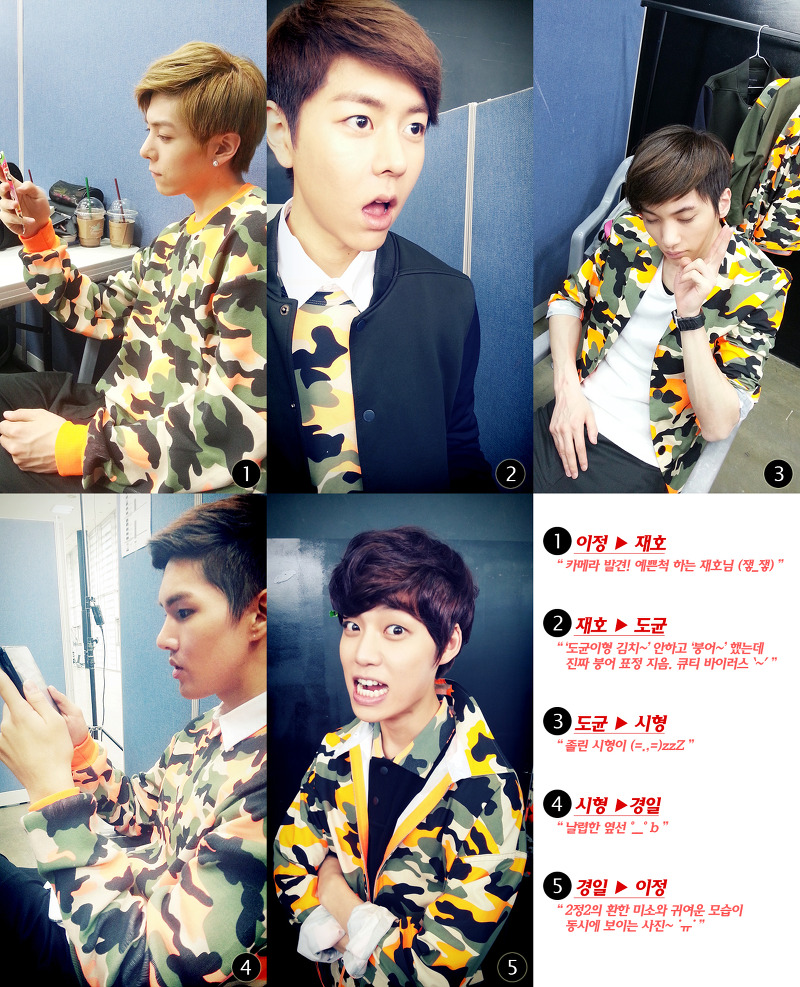 After releasing the full MV for its song debut Dreamer, HISTORY made a debut on MBC’s Show Champion. In the waiting room, they shared individual pictures which were taken by each other.

Yijung took a picture of Jaeho, commenting, “(Jaeho) spotted the camera! He is trying to act pretty!” Based on the caption, it seemed like Jaeho noticed the camera and tried to act good by playing with his phone and pretending there was no camera near him.

Next, Jaeho snapped a picture of Dokyun by commenting, “Dokyun-hyung didn’t do ‘kimchi’ but did ‘goldfish’ instead and gave a real goldfish expression. Cutie virus `~´” In the picture, Dokyun gave a funny expression with bugged eyes and dropping his jaws.

The third picture, it was Dokyun’s turn to take a picture of Sihyung. In the picture, Sihyung posed a sleepy face and did a V sign. The caption was, “Sleepy Sihyung (=.,=) zzZ”

In the fourth picture, Sihyung took a picture of Kyungil with the caption, “Sleek side profile °_°b”. In the picture, Kyungil seemed busy with his phone.

Of the last photo, Kyungil took a picture of Yijung. In the picture, Yijung did a funny expression and Kyungil found it cute by commenting, “A photo that shows 2jung2’s bright smile and cute side at once~ ˙ㅠ˙”

HISTORY is celebrating its ‘100 Days of HISTORY’ from 26 April since the music video release of the Dreamer. It will post pictures of their daily activities each day through HISTORY’s Official Fancafe. You can find out more by clicking here.