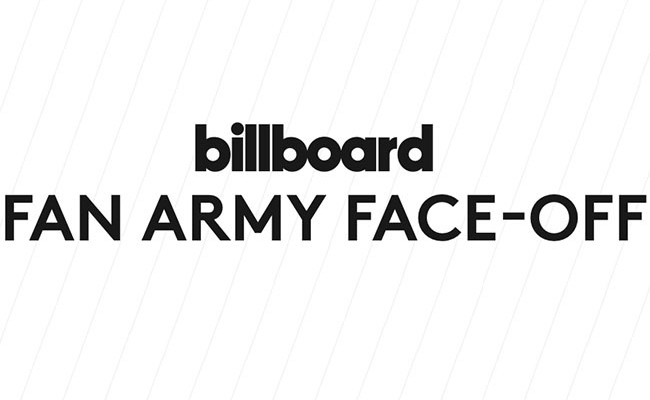 Will it be VIP against SONE for Round 3 of the Fan Army Face-Off?

The K-pop fandoms VIP and SONE made it through the first round of the tournament.

Billboard.com has gathered over 4.5 million votes for the first round of the Fan Army Face-Off. The VIPs and SONEs are moving on to the second round to battle against Selenators and Lovatics respectively.

As the competition draws to a close, the second round of the tournament will determine whether the two fandoms will battle against each other.  Polls will close on the 18th for Round 2 of the face-off. 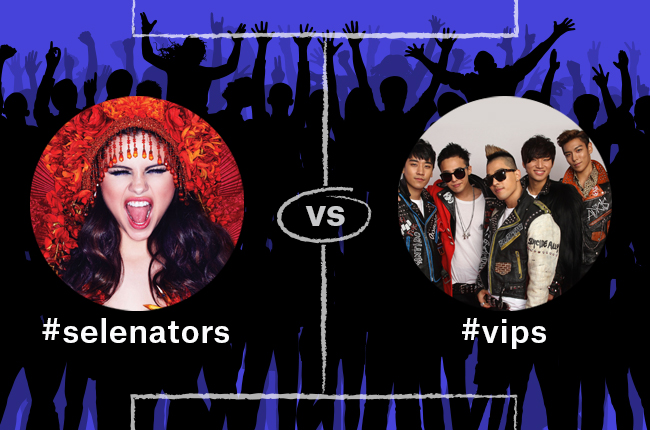 At the time that I’m writing this, the VIPs are leading with over 68% of the votes.

After defeating Rihanna’s Rihanna Navy with an amazing 61.07% of votes in the first round, BIGBANG’s VIPs are now against Selena Gomez’ Selenators. 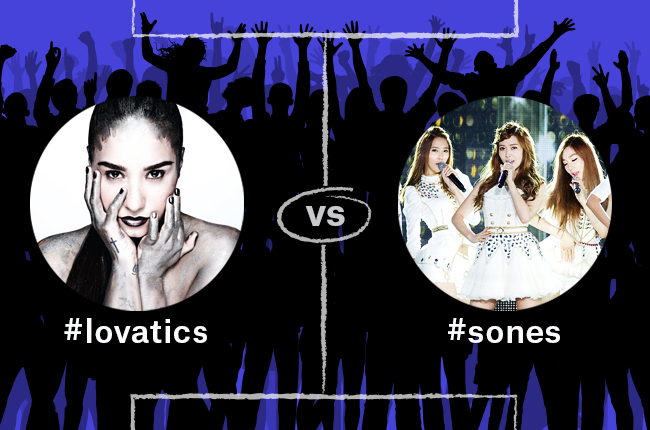 At the time of writing this, the SONEs were also leading with over 68%.

Girls’ Generations’ army of  SONE successfully overthrew Lady Gaga’s Little Monsters with 58.48%. They move on to the next round to battle with Demi Lovato’s fan army called Lovatics. 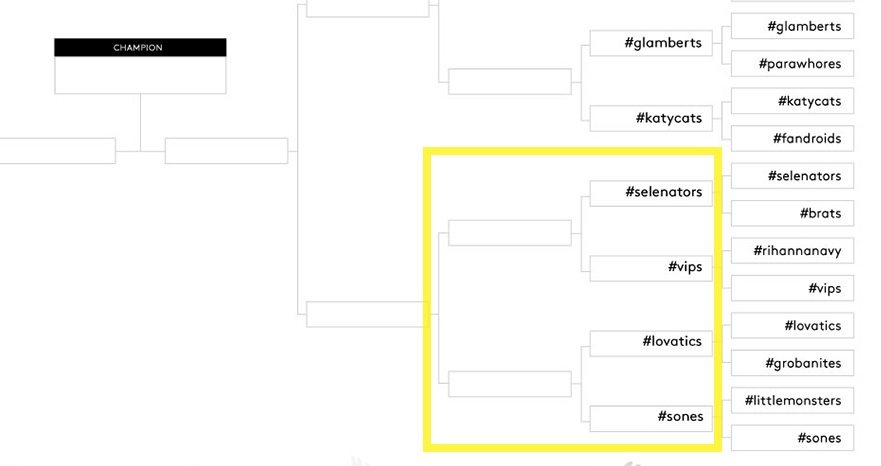 When the two fandoms make it through the second round, considering they are leading the on-going polls, they will battle against each other in the third round. It will become more exciting to see who will win between the VIPs and SONEs.

According to Billboard.com, ” In this day and age, you haven’t truly reached pop superstardom until you have a fan army […], fan armies are constantly demonstrating their support in good and bad times for pop’s brightest stars.”

To vote for your favorite fan-army, click here. Polls for Round 2 closes on July 18.