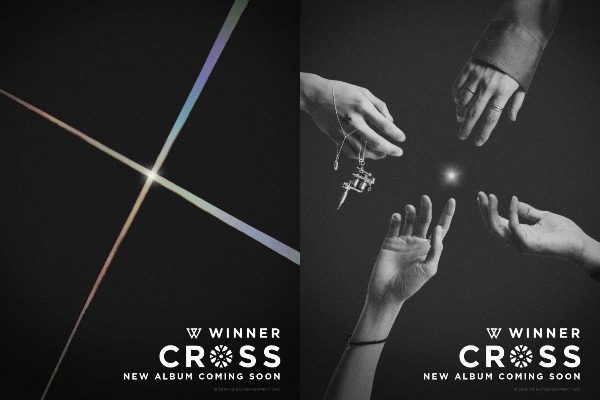 The group continues to tease fans about the release of their newest album with intriguing posters.

WINNER has just stirred fans’ curiosity with the release of two teaser posters for their CROSS album. The group unveiled the second poster on October 8, following the release of the first one the previous day. 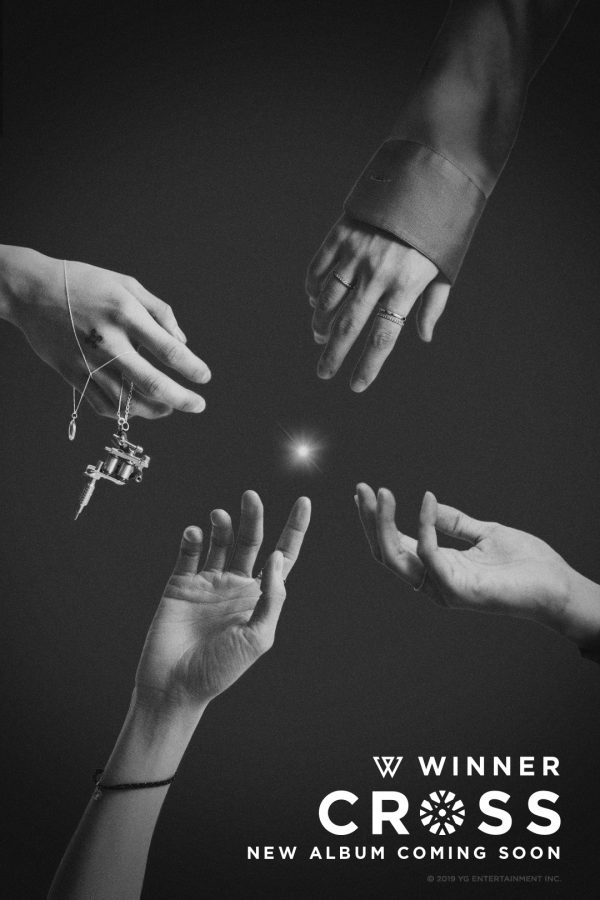 Though there are still no other details revealed regarding the album such as the release date, the concept remains simple. But unlike the first poster, the newest teaser shows the members’ hands seemingly reaching out for the small, solitary ball of light. The monochrome scheme only added intrigue into the concept of WINNER’s upcoming album.

The first teaser has intersecting beams of light. It symbolizes the gathering of four individual characters which creates a new intersection. It alludes to WINNER’s relationship, music and story. 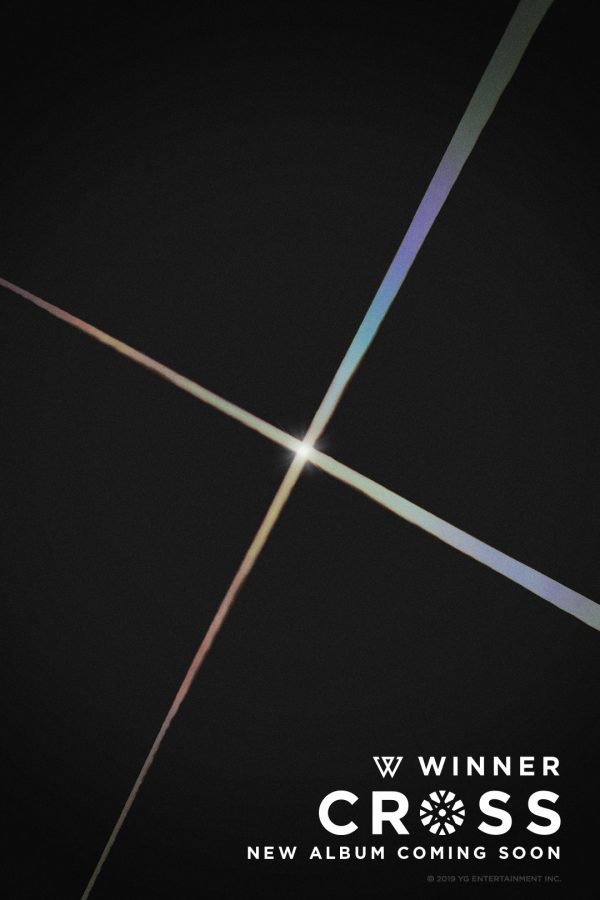 On their official Instagram account, CROSS has been given a more detailed meaning of. The series of posts that perfectly aligned has created a simple yet impactful visual.

The tiles contain the words “Over”, Emotion”, “Hearts” and “Point” and when combined with the word “Cross”, a whole new meaning emerges.

“Cross over” means from now to beyond while “cross emotion” refers to the group growing and shining together. In “cross hearts”, it suggests a strong and sacred bond between the members. “Cross point” is the culmination when all four of them become united as one. 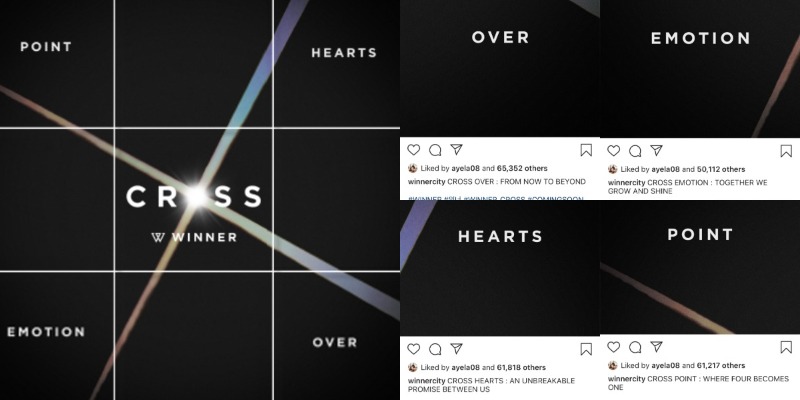 WINNER is currently preparing for their CROSS TOUR in SEOUL. The concerts will be happening on October 26 and 27 at the KSPO Dome (Olympic Gymnastics Stadium). The quartet who debuted in 2014 have since been gifting fans with their unique musical color through a variety of sounds. Songs like “LOVE ME LOVE”, “EVERYDAY”, “MILLIONS”, “AH YEAH” and their biggest hit to date, “REALLY REALLY” have endeared WINNER to fans and K-Pop enthusiasts. 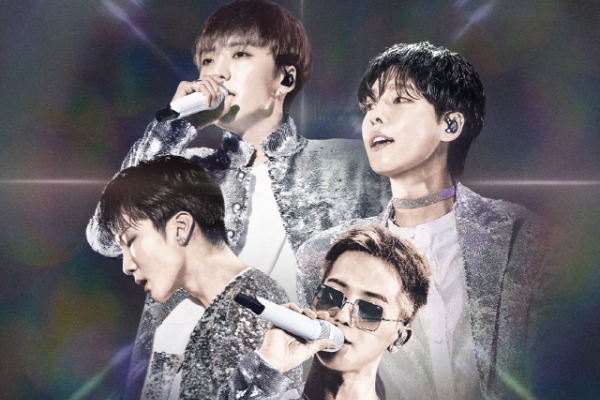 Meanwhile, on August 14, 2019, JINU made his solo debut with the release of his single album titled JINU’s HEYDAY. The lead single “Call Anytime” featuring his bandmate MINO, showed off the eldest member’s vocal ability and charm.

READ: WINNER Preps Up To Captivate Fans With New Music This Fall