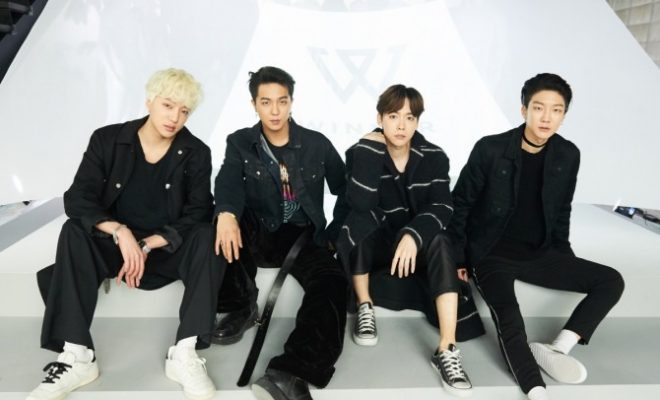 Are you ‘really really’ ready for WINNER, Japan?

Korean boy group WINNER is set to set foot in Japan for a series of promotions next month.

According to YG Entertainment, the quartet will release its debut Japanese album in May.  It will bear the same title as its Korean counterpart – ‘Fate Number Four’.

The album will contain Korean and Japanese versions of the boys’ most recent tracks Really Really and Fool. Mino, Seungyoon, Seunghoon, and Jinwoo will also meet local fans for an event on May 31.

In 2016, WINNER held a concert tour in four Japanese cities including Tokyo, Fukuoka, Nagoya, and Kobe. The tour drew about 36,000 local fans.

The Korean boy group ended its 14-month hiatus, and marked its return as a four-member group last April 4 with its first single album. Two music videos of tracks Fool and Really Really were filmed, and subsequently released. The group also uploaded dance practice videos of both songs.

Really Really topped domestic music streaming sites since its release. The album also reigned in iTunes album chart in 21 regions across the globe.

Watch WINNER’s comeback as a quartet with Really Really and Fool below.