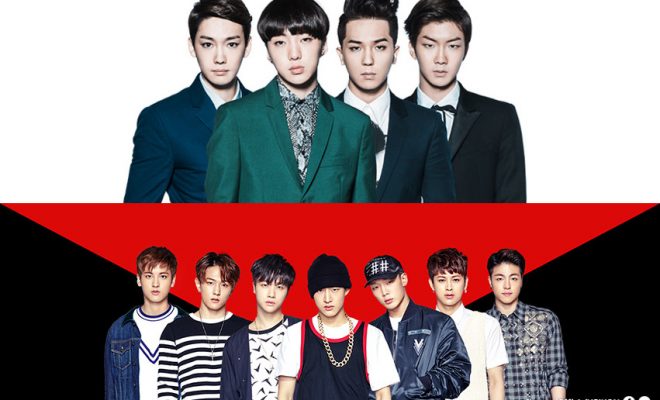 WINNER And iKON To Release New Songs In March

WINNER and iKON will both be YG Entertainment‘s focus for 2017, according to an interview given by the agency’s CEO Yang Hyun Suk. Suk was quoted saying,

This year’s biggest focus is iKON and WINNER. Both teams will release new singles in March. Now that we’ve successfully debuted our newest girl group BLACKPINK last year, we will be devoting our all our affection to the two teams.”

This will be iKON’s first official comeback since December 2015. WINNER has halted promotions since October due to the departure of band member Nam Taehyun. WINNER’s last release was EXIT: E, released back in February 2016.

Hellokpop, as an independent Korean entertainment news website (without influence from any agency or corporation), we need your support! If you have enjoyed our work, consider to support us with a one-time or recurring donation from as low as US$5 to keep our site going! Donate securely below via Stripe, Paypal, Apple Pay or Google Wallet.
45
SHARES
FacebookTwitter
SubscribeGoogleWhatsappPinterestDiggRedditStumbleuponVkWeiboPocketTumblrMailMeneameOdnoklassniki
Related ItemsiKONNam TaehyunWinnerYG Enertainment
← Previous Story Minzy Left Out From 2NE1’s Final Album, Very Regretful But Still Sends Gratitude To Fans, Best Wishes To Members
Next Story → 9Muses To Make Official Comeback in February