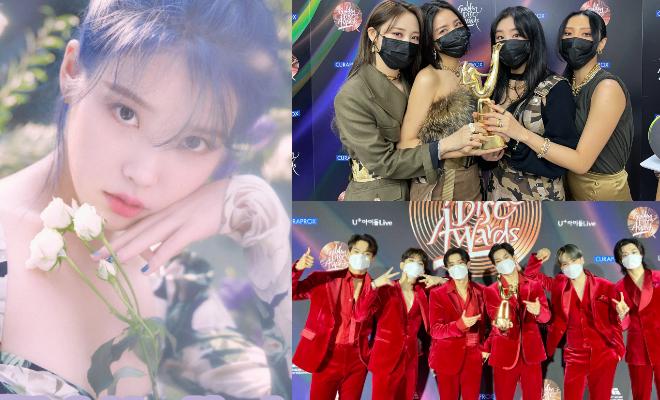 Congratulations to all the artists who took home honorable recognitions on Day 1 of the 35th Golden Disc Awards!

The first week of 2021 surely is a great opening for K-pop artists and their fans as the much-awaited 35th Golden Disc Awards unveiled its first-day winners tonight, hosted by singer-actor Lee Seunggi and actress Park Sodam.

Due to COVID-19 precautions, the awards ceremony is being held without a live audience. Starting off its two-day event, the Digital Song Division was held tonight, January 9, while the Album Division will commence tomorrow, January 10. 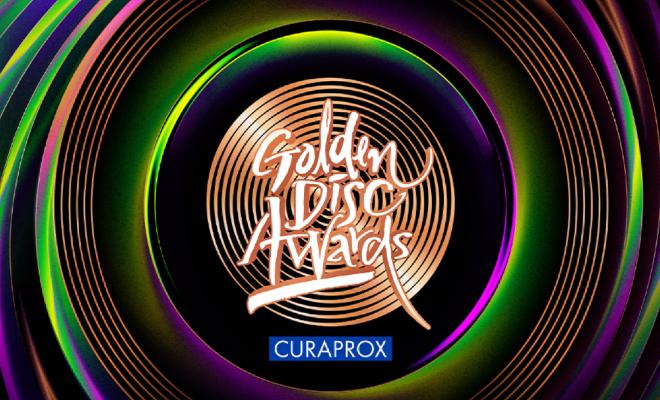 The Nation’s younger sister, IU, won the grand prize at the Golden Disc Awards after three years for “Through the Night” in 2018.

Presenting her acceptance speech, the trustworthy vocalist extended her gratitude to EDAM Entertainment and to her staff and team who continuously work hard. She also acknowledged how it is unfortunate for UAENA to meet her and mentioned her desire to continue encouraging and uplifting their spirits, especially at this difficult time.

Additionally, a total of 10 artists received a Bonsang in the digital song category including IU. The other artists were BLACKPINK, Hwasa, ITZY, Red Velvet, Oh My Girl, Zico, Noel, MAMAMOO, and BTS also received their Bonsang.

NU’EST as the “Golden Choice”

It was yet another heartfelt memory as the five-member all-around group received the Golden Choice award. Nation’s leader, JR, mentioned how ㄴㅇㅅㅌs (NU’EST fandom) loved the group generously therefore letting them receive such a meaningful award. He also expressed his wish to be able to perform for fans face-to-face as soon as everything went back to normal.

NU’EST proved that they will always be five as Minhyun mentioned Aron who is currently physically and emotionally having proper rest. Coined as an official visual group and self-producing idols, Minhyun also promised that NU’EST will do their best to continue showing lots of unexpected and great performances.

MONSTA X as the “Best Group”

MONSTA X truly is the best as the six-member fatal group took home the Best Group award. The members thanked those who continuously cheer for them and extended their hope to be worthy of the award. The group’s charismatic rapper and aegyo bomb, Jooheon, also mentioned that MONBEBE should receive a Best Fan Award, and that’s absolutely the sweetest!

Here is the full list of awardees for the 1st day of the 35th Golden Disc Awards:

Meanwhile, Day 2 of the awards ceremony will happen tomorrow, January 10. The awarding for the Album Division will be lead by singer Sung Sikyung and actress Lee Dahee.

Congratulations to all winners!