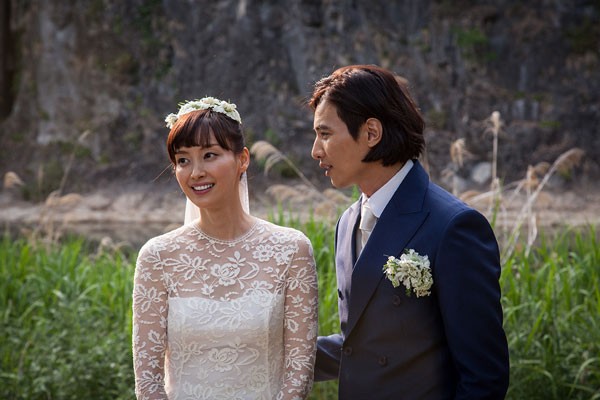 2015 is a good year for Won Bin and Lee Na Young as shortly after their happy wedding, the couple is now expecting a new family member!

On August 3, the two stars’ agency, Eden9, made an announcement regarding the newlywed couple’s happy news, stating:

As these two, who have gone from being lovers to become one, not only continue to appear in projects but plan their lives together, are grateful to be able to relay the news of a new family member. Both stars send their greetings of gratitude, saying it′s thanks to everyone who sent them many blessings. They wanted to share the news of the birth of a new life amid blessings and thanks first, with all of you.

The official announcement then concluded with the two stars promising to show their various sides and to grow as mature actor and actress through future projects.

Congratulations to the parents-to-be!

Hellokpop, as an independent Korean entertainment news website (without influence from any agency or corporation), we need your support! If you have enjoyed our work, consider to support us with a one-time or recurring donation from as low as US$5 to keep our site going! Donate securely below via Stripe, Paypal, Apple Pay or Google Wallet.
FacebookTwitter
SubscribeGoogleWhatsappPinterestDiggRedditStumbleuponVkWeiboPocketTumblrMailMeneameOdnoklassniki
Related ItemsEden9Lee Na YoungWon BinWonbin
← Previous Story VIXX Continues ‘Can’t Say’ With Jacket Images
Next Story → BIGBANG Has M.A.D.E It!