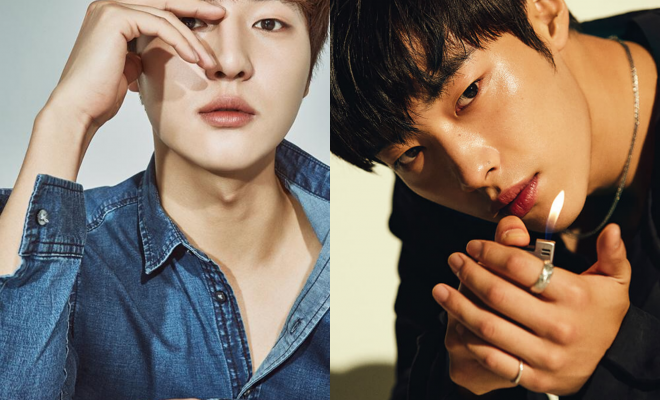 With Woo Do Hwan and Yang Se Jong teaming up for this new jTBC project, fans would definitely get excited.

As the popular and remarkable actors of their generation, Yang Se Jong and Woo Do Hwan, who have both conquered a plethora of drama genres in the most recent years, would be tested again for their first period drama starrer.

It will be Woo’s first historical drama, while Yang has had a short stint in drama Saimdang Light’s Diary.

Set in Goryeo and early Joseon dynasties, My Country takes on the turbulent warring times centered in the contentions over the seat of power of the country. To be drawn in stylish and spectacular narrative, the series is slated to be broadcast on the second half of 2019.

Portraying legendary warriors, the two actors gear up for unrivaled visualization of how they would bring their characters to life.

Woo will portray the character of a son from a prestigious family, who has been brought up in strict discipline.

Yang takes the role of a charming warrior who does not compromise with injustice.

Both actors have worked on popular and acclaimed dramas in the last two years. Woo Do Hwan starred this year in The Great Seducer after a busy 2017 year with Mad Dog and Save Me.

Likewise, Yang Se Jong, who snatched his first male lead a year after his debut, has worked on dramas Duel, Temperature of Love, Dr. Romantic and this year’s Thirty But Seventeen.