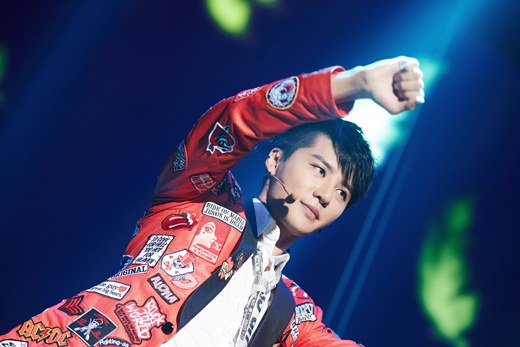 The showcase lasted 25 minutes, yet the show was more than exciting as Xia sang his hit songs such as Tarantallegra, 11 am, I’m Sorry, and Incredible. He talked with fans about his ‘special track’ titled Funny Song. He also shared about Incredible’s filming and confessed that the kiss scene was just an act. In the end, he thanked fans in Japanese, Chinese, Thai, and Spanish.

For you who missed the live stream showcase, you can watch it on LOEN’s YouTube channel with English subtitles. In other news, Xia will start his Asia tour XIA 2nd Asia Tour Concert Incredible in Thailand on July 20 and will continue to Shanghai, China on July 28, and will visit Seoul and Busan this August. More countries will be announced soon.