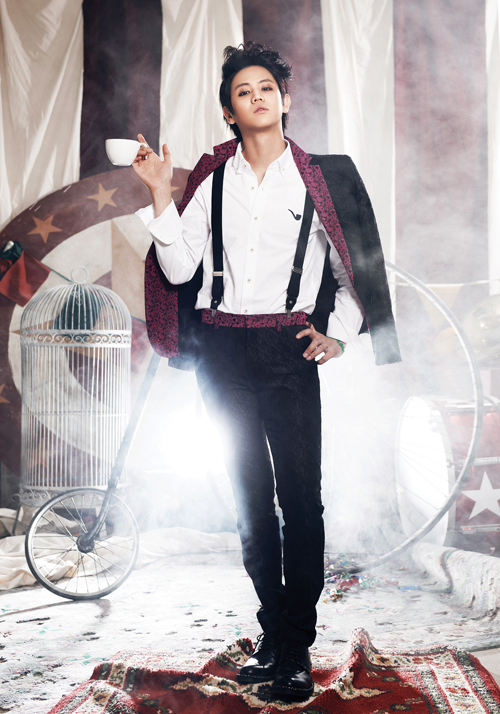 As a follow up to the release, he has revealed an image for his debut. On November 21st, Cube Entertainment‘s official SNS shared the main image of Yang Yoseob’s title song Caffeine.

In the photo, Yang Yoseob is wearing a white shirt and black suit with a coffee cup in hand. With his black smoky makeup, it shows a haughty and chic appearance, and like caffeine he left an addictive charm.

As Yang Yoseob will be debuting with his first solo song Caffeine, he will be able to make his emotional voice’s charm with a stylish melody and arrangement. Also, fellow member Yong Junhyung is said to have helped to produce the song and has become an issue as well.

The first solo album The First Collage‘s tracklist was revealed, leaving domestic and overseas fans to have higher expectations and much to look forward to. His first album will be released through the online music sites on November 26th.