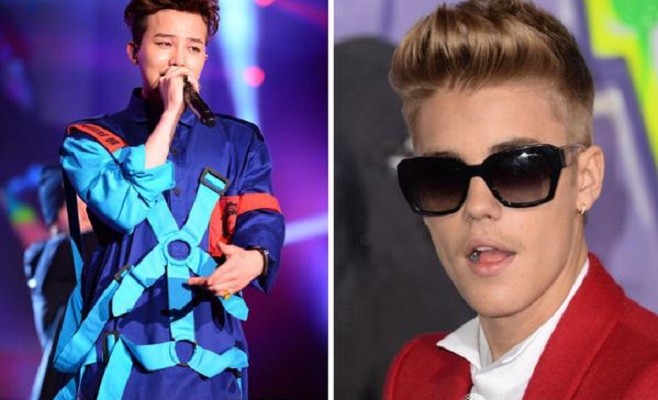 On January 27, YG Entertainment denied the groundless rumor about a collaboration project between G-Dragon and Justin Bieber from a Chinese report.

The agency stated: “The joint project between G-Dragon and Justin Bieber was something that was discussed in the past.”

“It looks like the Chinese news outlet saw an old article and wrote it in present tense. A joint project between the two won′t be happening.”

Previously, a Chinese portal site reported that according to Billboard‘s Twitter account, G-Dragon and Justin Bieber had just finished their joint project. However, as revealed by YG Entertainment, G-Dragon is busy gearing up for BIGBANG’s new album, which is set to be released this year, so this means it is impossible for him to team up with Justin Bieber.

After successfully wrapping up the tour, G-Dragon dropped a hint about BIGBANG’s imminent comeback in 2015 with a new album, saying: “Last year, we weren′t able to show new stages of Big Bang, so it′s very unfortunate, but we promise to return with a new album in the new year. We won′t make the waiting time go to waste, and the five Big Bang members will return, so we ask for your unchanging love and support.”

The talented group also kicked off its five-dome concert titled BIGBANG JAPAN DOME CONCERT 2015-2015 “X” for the second time in a row in Japan.