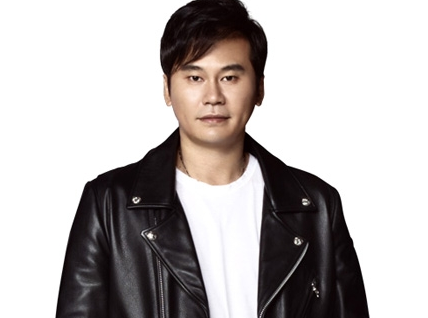 “Hello, everyone. This is Yang Hyun Suk. It has been a long time since I said hello to you though FROM YG. The reason why I am writing FROM YG after such a long time is to tell all of you fans out there, the hottest news on the new albums of YG singers which are set to be released after July. What’s more, a new YG girl group will be releasing their debut album after four years of preparation. It has been such a long time since I last wrote FROM YG so I have a lot to say. To give you an full update on what’s new, I will be writing several FROM YGs from now on. In order to make things simple, I am going tell you what’s happening in YG by answering some questions. I hope you excuse me for using the Q&A format.

When will 2NE1 make a comeback?

However, in 2012, the fans were not able to see much of 2NE1 because of their tight world tour schedule. ‘I LOVE YOU’ was the one and only song that 2NE1 released in 2012. 2NE1 is always eager to meet the fans. So rather than releasing all the new songs that 2NE1 prepared during the last two years in just one album, 2NE1 is planning to release the songs plus music videos one a month until the end of this year.

2NE1 new title song will be released in early July, followed by other new tracks in August and September. In October, we are planning to showcase a mini-album or the official second album of 2NE1. So, 2NE1 will be promoting at least four tracks from July to October.

What are the genres of 2NE1’s new songs and what are their plans for concerts?

2NE1’s new song, which will be released in early July, will be reggae, an entirely new genre for 2NE1. The title of the song is ‘Falling in Love’. 2NE1 is certainly trying something new with this new song but it will sure show all the great stuff that 2NE1 has as the top female K-pop group. For a new twist, 2NE1 is working with new choreographers from overseas. I am sure that the fans will get to love the new title.

Regarding concerts, we do have plans for 2NE1 concerts after the release of the new album in October. I will fill you up with details as soon as the plans get finalized. I hope that you send your love and support to 2NE1 and their new songs.

When is the new girl group of YG debuting?

To be continued…see you all tomorrow.

So, are you excited about what YG had to say?