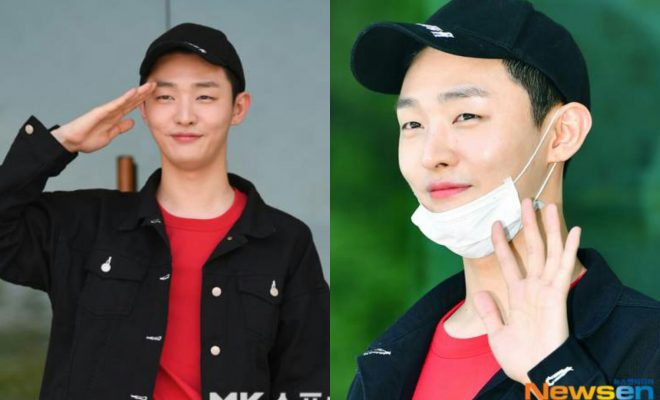 Photos from MK Sports and Newsen

Today, 14 May 2019, marks the start of Yoon Ji Sung entering the military for his mandatory service! 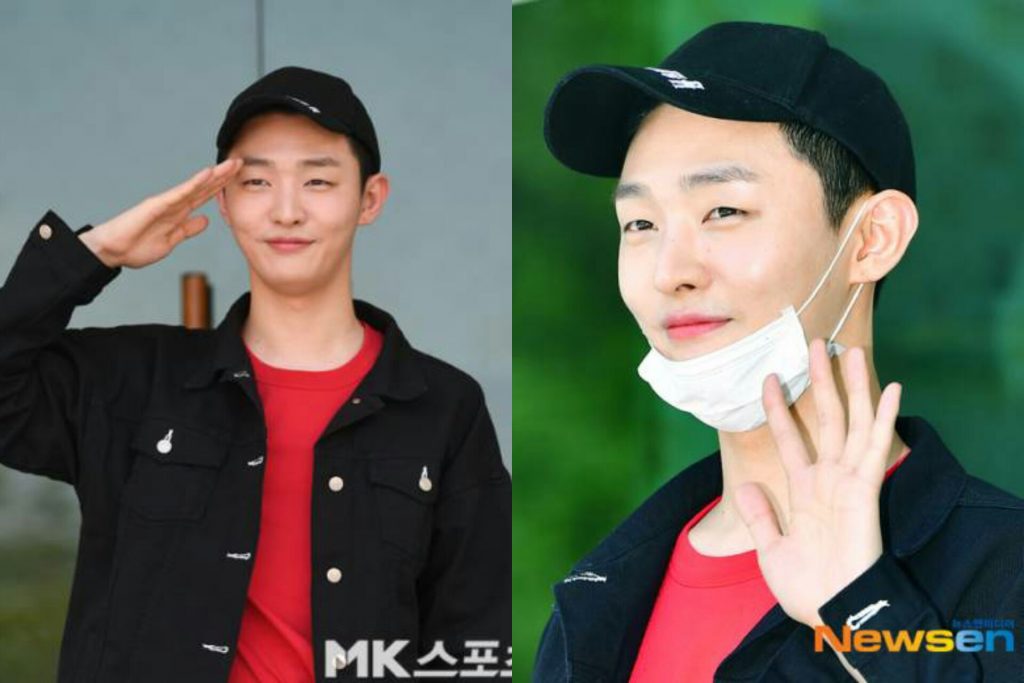 Photos from MK Sports and Newsen

The former Wanna One leader has set off to carry out his duties to the nation by waving goodbye to fans for the enlistment.

In the afternoon, he officially entered Gangwon training camp, where he will receive basic military training before he carries out his duties as an active duty soldier. He greeted both the fans and reporters waiting for him on the site, sharing his feelings about his enlistment.

The singer shared that he feels thankful because many of his acquaintances contacted him to cheer for his enlistment. He also posted two last selfies on his Twitter account, writing “As always, let’s meet again while smiling,” on the caption.

“You don’t have to worry. Our Babals know that I eat and live well. I am really okay, but I am a little worried that our Babals will be bored. If you watch my content and such during that time, I think one and a half years will pass very quickly, so please wait for me well,” he said, addressing his fans who are officially called Babal.

Ji Sung is the first member from Wanna One to enlist in the military, joining fellow idols born in 1991 who entered earlier in 2019. With his enlistment today, he is expected to be discharged on December 13, 2020.

On May 9, Ji Sung met up with former groupmates Ha Sung Woon and Ong Seong Wu for a mini-reunion dinner prior to the start of his military service. The dinner was a treat from TV personality Hong Suk Chun at his restaurant My Sky

As a gift to his fans who promised to eagerly wait for his return, the singer revealed that he will be releasing a post-enlistment digital single. Although other details are yet to be revealed, he announced that it is scheduled to drop on May 19.

Hellokpop, as an independent Korean entertainment news website (without influence from any agency or corporation), we need your support! If you have enjoyed our work, consider to support us with a one-time or recurring donation from as low as US$5 to keep our site going! Donate securely below via Stripe, Paypal, Apple Pay or Google Wallet.
FacebookTwitter
SubscribeGoogleWhatsappPinterestDiggRedditStumbleuponVkWeiboPocketTumblrMailMeneameOdnoklassniki
Related Itemsk-pop military enlistment 2019yoon ji sung
← Previous Story NU’EST Reaches New Heights As The Boys Rank Second On May Group Brand Rankings
Next Story → Upcoming Drama “Miss Lee” Adds Lee Chang Yeop and Uhm Hyun Kyung To The Cast Together With Girl’s Day Hyeri