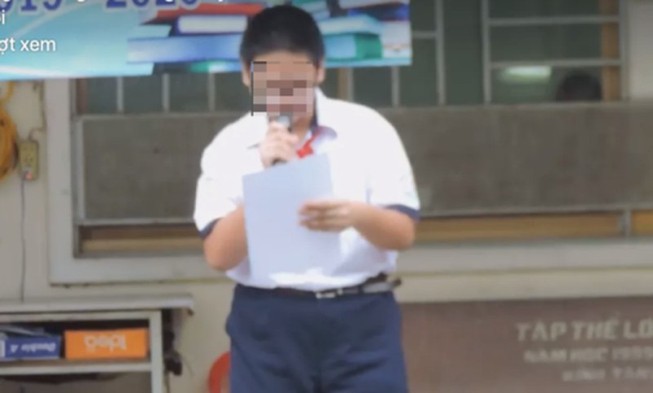 Young Student Punished By School In Vietnam For Insulting BTS And ARMY On Facebook, Vice-principal Clarifies Not Because Of Popularity

An eighth-grade boy student, with name initials N.H.M.Q, has been slammed with public disciplinary actions by his school, Ngo Quyen Middle School, for hurling insults on popular K-pop boy group BTS and their fandom ARMY. The boy’s name is withheld due to his minor status. In Vietnam, eighth grader is normally between 13 to 14 years old.

The decision, made by the school at Tan Binh District in Ho Chi Minh City, Vietnam, has been deemed by many as controversial.

The student, Q, was found to have created a Facebook page titled as “Anti BTS in VietNam” where he slandered BTS and ARMY specifically with numerous posts and photos.

During a teacher-parent meeting on Monday, Q’s parents revealed they had been receiving similar text messages that demanded for apology to BTS and their fans.

The management board of the school punished Q, with class suspension from November 6 to 9, had his moral score lowered for the remaining semester, and had to publicly read a “self-criticism” letter about himself in front of the whole school on November 5.

The vice-principal stated the punishment was necessary to “deter, educate and protect” Q. He also stressed the strict disciplinary action was not due to the popularity of BTS.

According to local news outlet Tuoi Tre, several parents expressed concerns over the punishment as it was too harsh when the boy is still young to understand such improper actions and the resulting consequences.