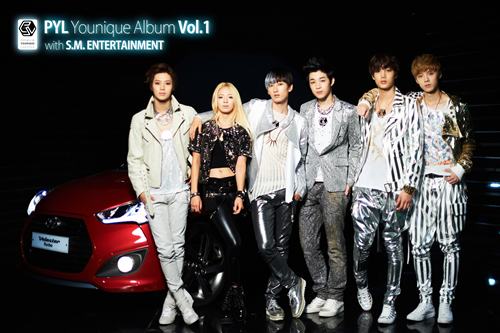 Although the music video features the collaboration of Super Junior‘s Eunhyuk, SNSD‘s Hyoyeon, SHINee‘s Taemin, Super Junior-M‘s Henry, and EXO‘s Kai and Lu Han, Hyoyeon does not appear in the music video until her rap solo which appears approximately two minutes and thirty seconds into the song.

Check out the music video for MAXSTEP below.