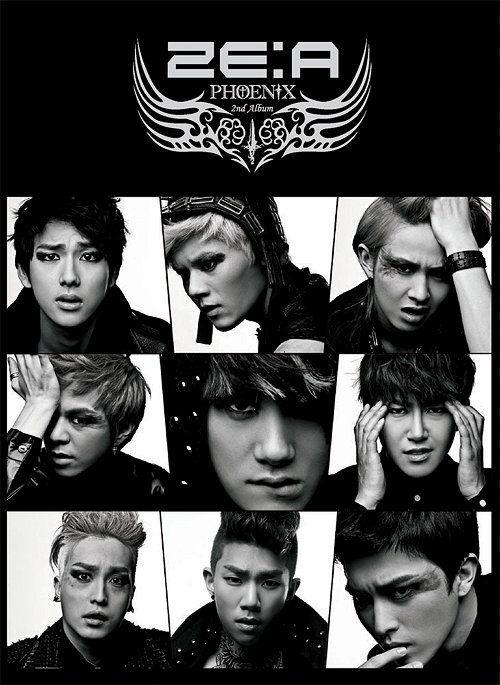 By The Editor | August 24, 2012
FacebookTwitter
SubscribeGoogleWhatsappPinterestDiggRedditStumbleuponVkWeiboPocketTumblrMailMeneameOdnoklassniki

After ending their promotions with their second album, Spectacular, ZE:A will now be returning to Japan with their 2nd Japanese single, Phoenix! The group has also revealed the music video for their title track ahead of the single’s official release date.

Phoenix is scheduled for release in Japan on August 24, while the Korean version will be available from August 27. The Japanese single will also be available  in three editions, each with different jacket covers.

With this single, ZE:A is showing a new side with a upbeat title track and powerful choreography.

Check it out below!

Are you looking foward to the Korean version as  well?

Hellokpop, as an independent Korean entertainment news website (without influence from any agency or corporation), we need your support! If you have enjoyed our work, consider to support us with a one-time or recurring donation from as low as US$5 to keep our site going! Donate securely below via Stripe, Paypal, Apple Pay or Google Wallet.
FacebookTwitter
SubscribeGoogleWhatsappPinterestDiggRedditStumbleuponVkWeiboPocketTumblrMailMeneameOdnoklassniki
Related ItemsPhoenixSpectacularZE:A
← Previous Story Boyfriend’s ‘Be My Shine’ tops Tower Records
Next Story → G-Dragon releases MV for One of A Kind