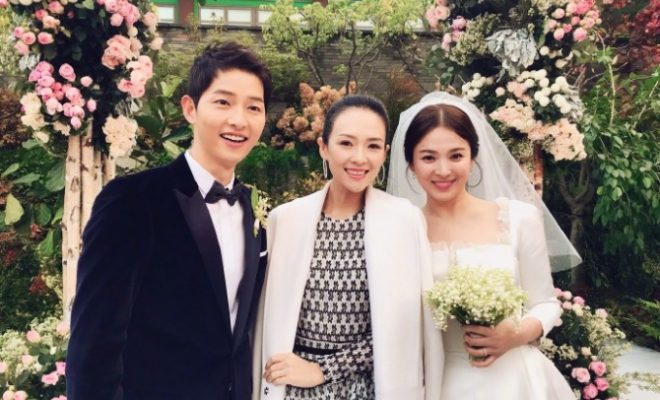 Known as Song-Song couple’s close friend, Zhang Ziyi has no reason to get herself into a mess.

Popular Chinese celebrity Zhang Ziyi recently got involved in the matter related to the illegal use of drone cameras during Song Joong Ki and Song Hye Kyo’s closed-door wedding ceremony on October 31.

Some days after returning China from the Korean celebrity couple’s wedding ceremony, the actress had an interview with a local media. 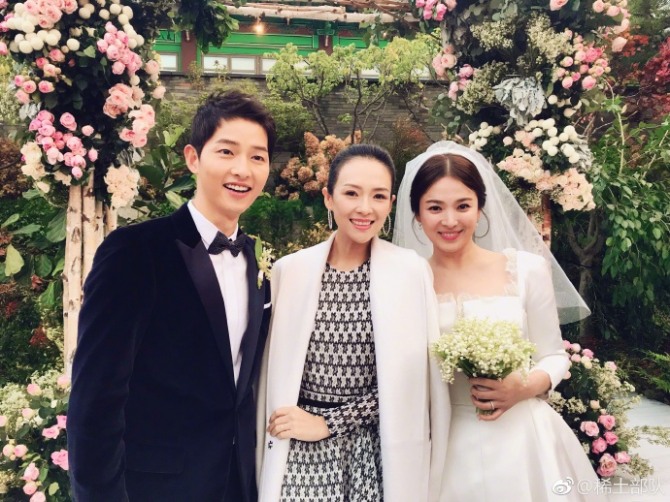 During the interview, the Chinese star shared straightforward thoughts about the current matter as well as assured that she was not related to the illegal use of drone cameras to film the private wedding of Song-Song couple

She said: “I got to know about the case only after I came back (to China). The Chinese media reported their wedding without permission.”

The Chinese star also supported her words, stating: “One of those media was Suiyui, in which my husband Wang Feng is a founder and investor. But neither did I nor my husband know about this case at all. He deputed the management to professional managers half a year ago.”

She continued: “If either of us two knew about this beforehand, we would have prevented such a shameful act. Wang Feng had called the CEOs over the coals for the case and they will get deserved punishment. They also have acknowledged the problem and their fault.”