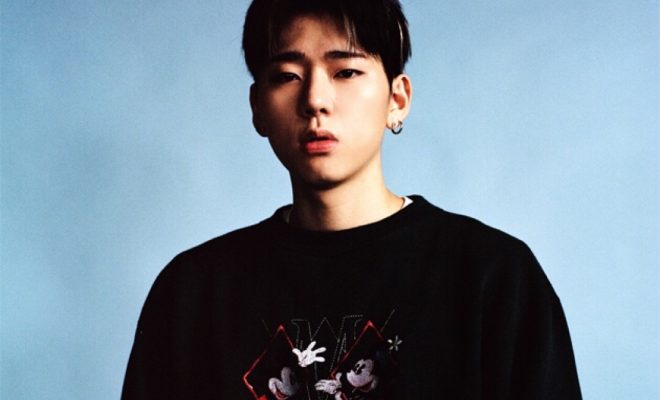 Get ready to add some amazing tunes to your playlists as Zico is all set to make his much awaited comeback!

Zico will be making his comeback with a mini-album titled RANDOM BOX, and KOZ Entertainment delivered this great news to fans by posting an image of Zico’s album cover on their official SNS.

The album marks Zico’s musical comeback six months after the release of his hit track, “Any Song”. The fun and whimsical number was released in January and made fans love it instantaneously.

The success of “Any Song” was shown as it ranked on top of various music charts upon its release. Additionally, the track inspired many dance challenges on social media as well.

“Any Song” was a fresh and a very interesting change from the previous albums by the talented producer-singer.

Zico previously released his highly acclaimed albums, THINKING Part. 1 and THINKING Part. 2 that showed off the artists’ introspective and profound side through the tracks.

He also showed off his musical prowess on collaboration tracks such as “Soulmate” which featured IU. The producer-singer also treated fans with his team-up with Kang Daniel for the song, “Refresh”.

Additionally, Zico stunned fans with his soft notes on The King: Eternal Monarch’s OST track, “My Day Is Full Of You”, alongside Red Velvet’s Wendy.

Previously, Zico has wowed fans as a producer on various tracks such as “Kangaroo” by Wanna One,  “I LUV IT” by PSY, “2YA2YAO” by Super Junior, among others. The soloist is also a judge and mentor on Mnet’s show I-LAND.