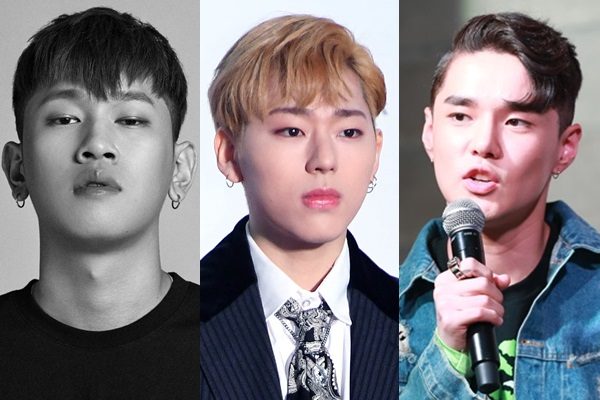 Crush, DEAN And Zico To Bring Special Stage On 2016 MAMA

Crush, DEAN and Zico will drop a collaborative track on November 28. Now, they are also bringing on a collaborative stage at the coming 2016 MAMA awards show in Hong Kong on December 2.

An exclusive news source reported that the three will unveil a special stage at the awards show, which is later confirmed by Block B‘s agency Seven Seasons.

Hellokpop, as an independent Korean entertainment news website (without influence from any agency or corporation), we need your support! If you have enjoyed our work, consider to support us with a one-time or recurring donation from as low as US$5 to keep our site going! Donate securely below via Stripe, Paypal, Apple Pay or Google Wallet.
23
SHARES
FacebookTwitter
SubscribeGoogleWhatsappPinterestDiggRedditStumbleuponVkWeiboPocketTumblrMailMeneameOdnoklassniki
Related Items2016 MAMAbermuda triangleCrushdeanFANXYCHILDMnet Asian Music AwardsSeven SeasonsZico
← Previous Story Apink Transforms Into ‘Pink Doll’ For Upcoming 2nd Japanese Album
Next Story → Rookie Group VICTON Wants To Collaborate with BEAST And BTS