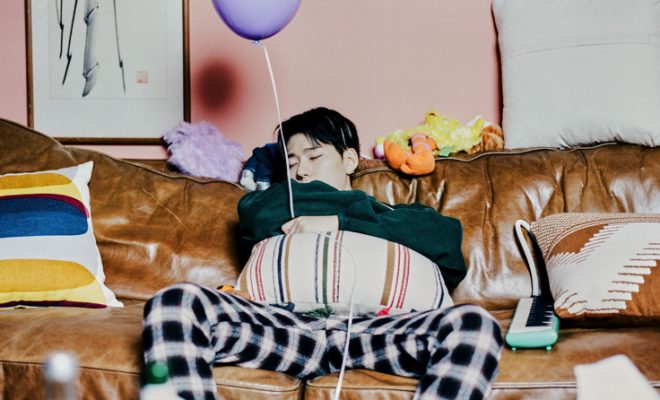 Get ready for some super cool music from Zico’s RANDOM BOX!

Zico revealed a mighty impressive track list for his third mini album RANDOM BOX. All of the tracks are written and composed by the multitalented soloist.

The image for the track list is quite monochrome with blue and white being the dominant colours. However, it somehow and quite ironically (read: title track) evokes quite the summery vibe! 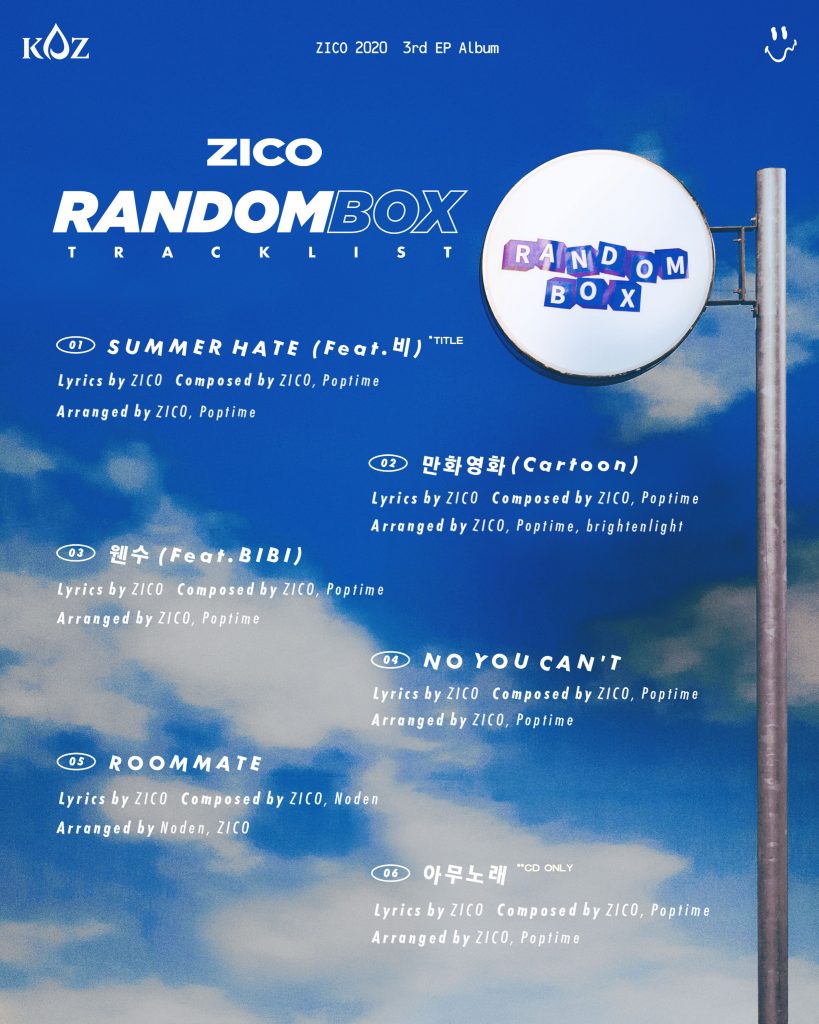 The track list for the upcoming mini album entails six tracks in total. It includes Zico’s smashing hit track, “Any Song”. The other songs on the album include, “ROOMMATE”, “NO YOU CAN’T”, and “만화영화(Cartoon)”.

There are two stellar collaborations that will feature on the vocalist-rapper’s album as well. Songstress BIBI will be lending her vocals alongside Zico on his track, “원수”, while his title track, “SUMMER HATE”, will be featuring none other than his I-LAND producer partner, Rain.

The singer has also produced and participated in various songs as well. Zico has also showed off his musical genius on collaboration tracks including “Soulmate” featuring IU and “Refresh” with Kang Daniel.

Additionally, Zico stunned fans with his soft notes on The King: Eternal Monarch’s OST track, “My Day Is Full Of You,” alongside Red Velvet’s Wendy. 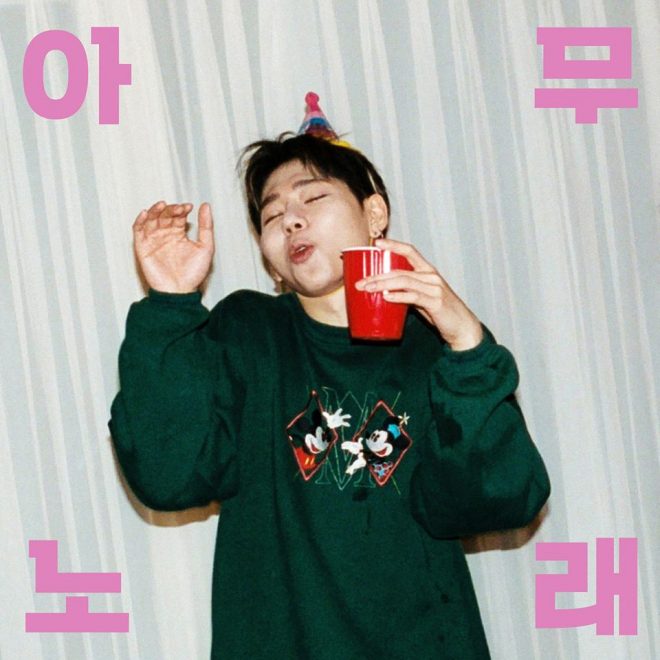 RANDOM BOX, like the name suggests is seemingly more experimental and quirky with its style as seen in Zico track “Any Song”.