This is a wonderful treat for fans of Zico, Red Velvet’s Wendy, and viewers of The King: Eternal Monarch!

Well-loved idols Zico and Red Velvet’s Wendy will be lending their captivating voices through an upcoming official soundtrack for SBS’ The King: Eternal Monarch.

Just recently, the ongoing SBS drama series announced the exciting news to several Korean media outlets. The production specifically revealed the details about the upcoming single of the drama.

Teaming up for the drama’s tenth official soundtrack is none other than Zico and Red Velvet’s Wendy. They will be releasing the track “My Day is Filled With You” on May 16 at 6 PM KST.

Through the new single penned by Zico, the two hopes to express the emotions of Lee Min Ho’s character Lee Gon to Jung Tae Eul played by Kim Go Eun. According to reports, the song starts with a soft piano melody partnered perfectly by Wendy’s sweet humming. 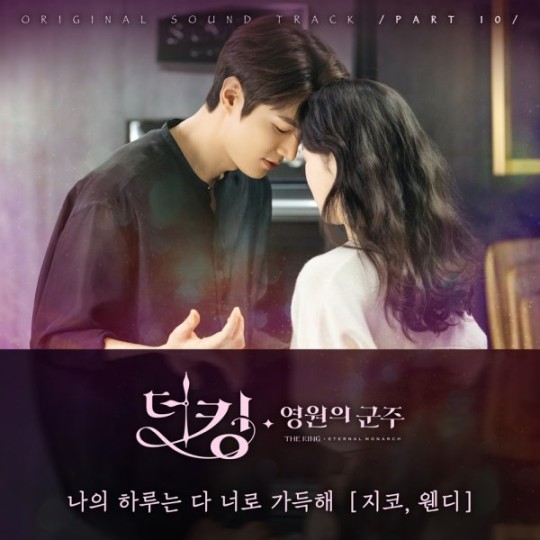 Meanwhile, the SBS drama The King: Eternal Monarch continues to rake an impressive number of viewers. The latest preview for its upcoming ninth episode showed the struggles of the lead characters in the parallel universe. Fans should likewise watch out as the new episode will feature the second kiss of Lee Min Ho and Kim Go Eun’s characters.

Watch the exciting preview for the Episode 9 of The King: Eternal Monarch here: