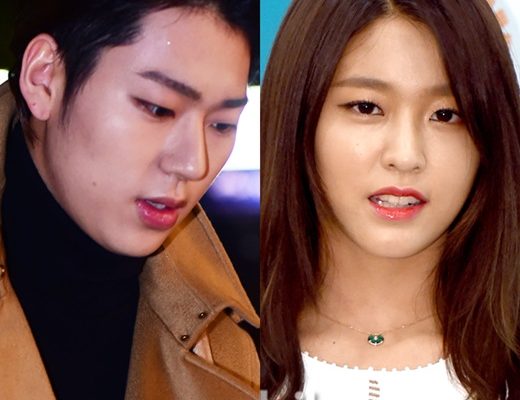 They both have parted ways.

On September 27, an exclusive report surfaced that Block B’s Zico and AOA’s Seolhyun have ended their relationship. Seolhyun’s agency FNC Entertainment confirmed to media outlet mydaily that Zico and Seolhyun have indeed broken up.

The representative expressed, “Due to pressure from excessive public attention, their relationship also naturally grew apart, hence the breakup.”

Zico and Seolhyun’s dating report surfaced back in August after news outlet Dispatch released a series of their dating photos. It was said that they started their relationship since March. Unfortunately, they have ended the relationship after only six months.

65
SHARES
FacebookTwitter
SubscribeGoogleWhatsappPinterestDiggRedditStumbleuponVkWeiboPocketTumblrMailMeneameOdnoklassniki
Related ItemsAOAblockSeolhyunZico
← Previous Story Miss A’s Suzy: “Before I Became A Celebrity, I Don’t Think I Was Nice And Kind”
Next Story → GOT7’s Jackson Talks About His Current Condition After Accident Caused By Sasaeng Fans