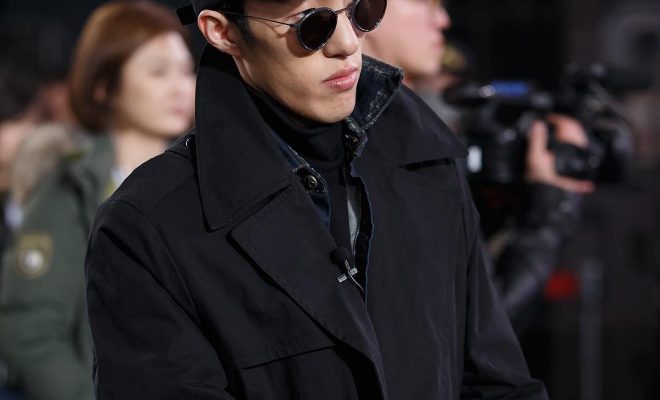 Zion.T Performs A New Track At ‘Show Me The Money 5’ Special Concert

Zion.T surprised with a new track during the concert.

According to Mnet’s representative on April 27, singer Zion.T performed a new track on stage during ‘Show Me The Money 5’ special concert held at YES24 Live Hall at Seoul on April 26.

The representative stated that the content and title of his new track will be revealed based on the episode’s broadcasting date.

It was also revealed that WINNER’s Song Mino made surprise performance with Zion.T-Kush team at the concert, while singer Jung In and rapper Heize performed with producers Gil and Mad Clown.

Are our readers looking forward to another well-produced track by Zion.T?

Meanwhile, check out his song Eat:

Hellokpop, as an independent Korean entertainment news website (without influence from any agency or corporation), we need your support! If you have enjoyed our work, consider to support us with a one-time or recurring donation from as low as US$5 to keep our site going! Donate securely below via Stripe, Paypal, Apple Pay or Google Wallet.
FacebookTwitter
SubscribeGoogleWhatsappPinterestDiggRedditStumbleuponVkWeiboPocketTumblrMailMeneameOdnoklassniki
Related ItemsKushmnetShow Me The Moneyshow me the money 5Zion-T
← Previous Story Infinite’s Woohyun Hypes With Image Teaser + Solo Album Release Date
Next Story → More Singers Revealed For ‘Descendants Of The Sun’ OST Concert