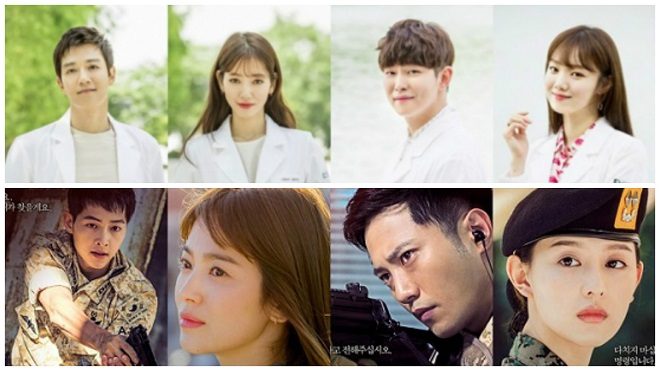 [K-Drama Poll] ‘Doctors’ Or ‘Descendants Of The Sun’?

Are you the ‘Descendants of the Sun’? Or do you need to see the ‘Doctors’?

‘Doctors’ is the latest SBS drama, featuring Kim Rae-won and Park Shin-hye. Although with a less popular cast and domestic viewership ratings compared to ‘Descendants of the Sun’, the SBS drama is still attracting above-than-average viewership in South Korea.

Read more: ‘Doctors’ beats ‘Descendants of the Sun’ in Malaysia

However, in a recent press release by Asia leading TV platform ONE, ‘Doctors’ surprisingly beats ‘Descendants of the Sun’ in its network to become the highest rated Korean drama in Malaysia this year.

What do you think of these two dramas? Which one do you like better?

356
SHARES
FacebookTwitter
SubscribeGoogleWhatsappPinterestDiggRedditStumbleuponVkWeiboPocketTumblrMailMeneameOdnoklassniki
Related ItemsDescendants of the SunDoctors
← Previous Story [Poll] SISTAR: ‘I Like That’ – Who Danced It Best? B-Wild vs FDS
Next Story → [Poll] Korean ‘Finger Heart’ Gesture – A Gesture Of ‘Money’?