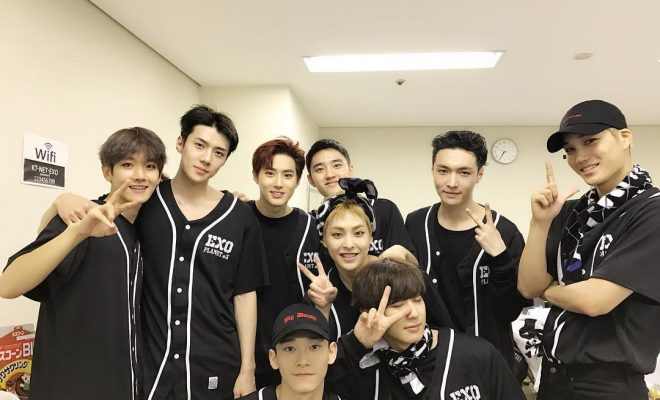 ‘2016 Mnet Asian Music Awards’ was successfully wrapped up in Hong Kong on December 2. However, what Lay said in his thank-you speech for EXO winning ‘Album of the Year’, has fans talking about it.

After winning ‘Album of the Year’, some members took the chance to say their thank-you speech, while Lay took the microphone speaking in his mother language.

There is a saying in China, Changjiang (Yangtze River) waves behind drive the waves in front. I hope EXO will change the latter half of the saying with our hard work, the front wave will forever stay at the top of the mountain!

The second half of the saying is supposed to mean that “the new generation excels the old”. However, Lay seemed hoping to purposefully prove the saying wrong with EXO’s hard work.

After the event, K-pop fans have divided opinions on what he said. Some called it arrogance and directing it to a certain group, while others did not think so.

lol why would people think lay’s speech is towards armys, they’re not the only younger groups exo is competing against. why wear the boot.