hellokpop and KPK: Kpop Kollective partner together for ‘The Hallyu Project’

hellokpop and KPK: KPop Kollective have agreed to work together on The Hallyu Project, an effort to engage fans in the scholarly study of the Korean wave. KPK is a group of research projects managed by Crystal S. Anderson (PhD), an associate professor at Elon University in North Carolina (U.S.).  You may know her better as CeeFu, friendly neighborhood editorial writer and assistant chief editor for hellokpop.

hellokpop is the only K-pop media outlet working with academics who preserve and analyze Korean popular culture on the Internet.  It will publish research results from surveys conducted by Dr. Anderson and help her to access research participants through its readership.

KPK research is not market research, which companies use to sell you things.  Instead, Dr. Anderson does scholarly research, which analyzes culture in order to explain it and contribute to the overall knowledge about a subject.  In the United States, university research involving people must have oversight by an Institutional Review Board.  Such boards make sure that researchers are ethical when working with research subjects.  Those ethics are based on three principles: respect for persons, beneficence (or risk assessment) and justice.  Elon University’s Institution Review Board has approved all of Dr. Anderson’s research with fans. 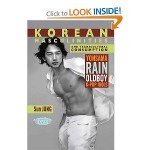 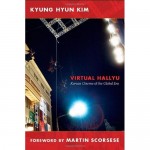 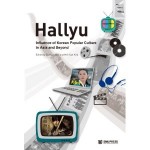 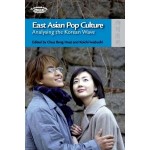 People are already doing research on Korean popular culture, including music, film and Kdrama. But Dr. Anderson’s projects are different because they focus on international fans.  Other scholars limit their research to fans in East Asia or Asian fans outside of East Asia.  By talking to as many different fans as possible, Dr. Anderson seeks to understand fan attitudes towards Kpop in general as well as specific artists and groups.

Dr. Anderson has two research projects related to fans.  One involves discovering  fan opinions on K-pop and Kdrama through surveys.  She will share results from these surveys on hellokpop.  The other is an oral history of international K-pop fandom, which involves interviewing people who run online fan communities and write their own blogs and websites related to K-pop.  She is also collecting digital fan objects, including fan photos, fanmade videos and fan art. The oral history and the fan object collection will be part of a digital exhibition, which will be available on the Internet.  You can find out more information about both projects at KPK: Kpop Kollective.

Please support hellokpop and KPK: Kpop Kollective in The Hallyu Project by participating in future surveys, questionnaires, polls and interviews that will provide more insights of the Hallyu and Korean culture around the world!