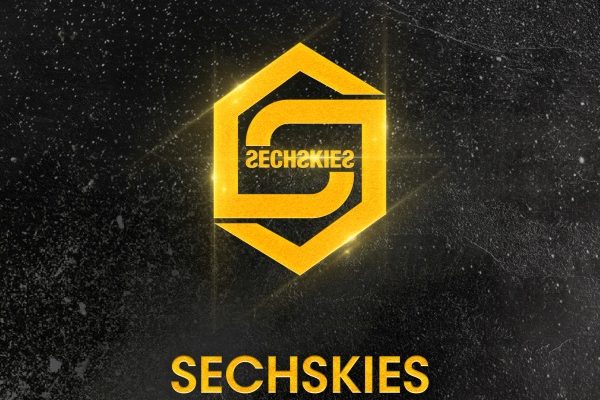 If this is your first time reading the series, the “Other Recognition” post is where we make up a bunch of “special” (to say the least) award categories that you’re not likely to see elsewhere. There are some categories that may be reasonable, but here we run the gamut from the merely atypical to the downright cherry-picked. (Hint: there’s way more of the latter.) All these things caught my fancy for one reason or another this year, and it’s a fun way to recognize even more artists and their work for different kinds of excellence, or in some cases, give a gentle ribbing. Most of these did not appear in the main series, so hopefully you will find a new favorite listen or two out of these selections.

Beats That Outperformed the Performers

Yes, Giriboy is a frequent victim of his own success. Satbyeol did shine in “Property”.

Fromm put out a social media invite for fans to participate in the chorus of the song. About fifty voices make up the uplifting, massive final act.

There were many, but just to pick a few:

A bonus for interesting use of perspective:

Another for interest subject matter:

For the above OnStage rendition.

I think we got more great work out of this series than all of 2016’s other project albums combined.

Not to mention the tongue-in-cheek ways that the name was promoted. Their debut rivaled those of a lot of real, non-parody groups, too.

It’s been edited out now, but the lyric subtitles over Ugly Duck’s verse used to contain some pretty funny translation miscues and (eventually) Jay Park just giving up and having some fun. This song also wins “Best Reference to a 2005 Rap Song”: Ugly Duck says the little hook from Eun Ji-won’s “All Famy” near the end of his verse.

Best Swagger Rap Comparing Self To An NBA Player

No, it doesn’t really work as a Warriors theme. And I don’t know about that “California Jordan” line…

Best Title That Taught Me A Spanish Word

It’s not “Queen Ant”, but she’s still got the same edge and power.

Subin’s 이 곳 (This Place) EP was engaging and extremely well-crafted with nary a single filler track, and most of it was written and composed by her. A standout even in a year full of notable solo debuts.

Best Use of Group Theme in Conjunction with Album Theme

For the above OnStage rendition.

“널 잊으려면” (“To Forget You”) would have been a much better pick, I think.

Comebacks We Had Given Up On

Great Ideas on Paper That Didn’t Work Out

Let me know if I missed somebody!

How Many People Are In This Thing

“Do Better” was a collaboration, but BOYS24 is actually operating on 28 members.

The performances are good (rookie rapper Zite is particularly promising) and TYGY’s beat is satisfyingly intricate, but he may have needed to write the chorus a little better.

The 1970s superstar retired in 1979 and left for France to follow her first passion of painting; she received a doctorate in 1993 and has been a painter and professor since. Retiring from professorship in 2015, she came back to music with a full-length album actually titled 37 Years. I believe that she set the record for 2016, but please let me know if someone else qualifies! Honorable mention goes to Lee Jung-hee, who was maybe an even bigger star than Jung was, and returned after 33 years in hiatus.

Long Time in the Making

Ha Ba Byeol Si formed in 1979 as a campus band and ran the competition circuit, but 2016 was the reunited band’s first ever studio recording. Missing Lucille took 18 years from the group’s formation to the first album.

Most Blatantly an Ad, But It’s Actually Not an Ad

To my knowledge, this was not created as an ad for the titular snack brand, despite the video that intentionally tries to look like one. Manufacturer Haitai did gift them 1,000 boxes of the stuff as a thanks for the free publicity, though.

Most Casual-sounding Swearing in Hook

She is actually Yoari under a new name, and you can hear it when she starts hitting those highs. But what a turnaround from “Do You Like It”.

Most Faithful Recreation of a Mid-Noughties Ballad

The promo blurb talks about 1990s wonders Enue and AL as inspirations for the track “Lorelei”.

Actually, the titles of everything made by this artist look like that.

Seemingly parodying President Park Geun-hye’s politically explosive faux-pas, and released just a couple weeks after that happened. You’ll never get the label to admit it, though.

Most Welcome Return to Original Genre

She went back to her given name for a while as a singer, but in 2016 returned to hip-hop and the stage name.

Most Welcome Return to Original Voice

EP Symbol marked a return to Napper-style low-tone rapping, the kinds of which we had rarely seen even in her E.via years.

Really Didn’t Need the Second Half

The 360-degree music video thing was pretty cool, though.

Choyoung – What Is Your Color?
Stella Jang – Colors

Two rookie musicians, both name-dropping a lot of hues. (In good songs, too!)

Under new management, Hello Venus broke a string of disappointing releases. And while for years I’ve felt like Maktub was one of those producers with potential that never put it all together, his recent work has been consistently great – a rarely seen kind of steep growth. As for Miss $, I’ve written some scathing reviews in the past but I’m happy to see a jam like “Don’t Speak” from them.