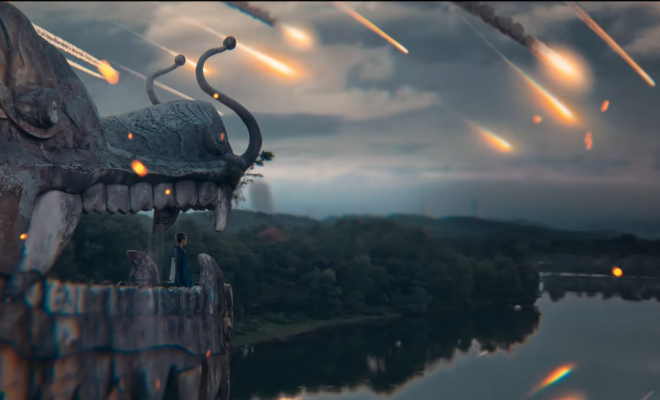 If this is your first time reading our series, the “Other Recognition” post is where we make up a bunch of “award” categories that you’re not likely to see elsewhere. There are some categories that may be reasonable, but here we run the gamut from the merely atypical to the downright cherry-picked. (Spoiler alert: there’s way more of the latter.)

Best Commentary Album: So!YoON! – Album Commentary: So!YoON! No, we don’t know of any other commentary albums this year. It’s absolutely a thing we need more of.

Best Music Video: one day this might actually be its own category in our series. For now, here are some favorites in alphabetical order.

Best Remake: All About the Bird – 겨울숲 (Winter Forest), originally by the late Jo Dong-jin (1997).

Best Remake Billed Under Original Artist: Fly to the Sky – Sea of Love (Song by Ailee)

Best Single Verse: There are many candidates, but in the interest of naming something that’s not in the rest of the series, it’s Olltii in Olltii – OSU (Feat. YunB, MaseWonder, Jerd, Yanu, Frog, Oscar $mith)

Best Use of Typing Shorthand: it’s a tie between –

Cheekiest Recreation of an Era: CSVC – Summer Love… If you’ve been following this ubiquitous ‘newtro’ movement, you realize that this is a real big distinction.

Did we miss one longer? Let us know!

Longest Credits: Nah Hoon-a – 벗2 (Friend2). The promo text says its 28 composers and lyricists is the largest ever, which I’m not too sure about. But its alleged 204 (!) total participants including musicians is surely up there.

Longest Title: Decadent – 어느 누구의 어떤 모습의 사랑에도 이와 같이 찬란한 때가 있으리라고 감히 생각합니다. 부디 이때를 오래도록 많은 사람이 있는 힘껏 누리길 바랍니다. The official translation is simply “Null”, but translated in full, it reads: “I Dare Think That in Love, for Anyone and in Any Form, There Will Come a Time This Brilliant. I Dearly Hope That Many People Will Fully Enjoy This Moment for a Long Time.”

Most Absorbing Experience with Short Tracks: Fisherman – Well Being

Most Absurd Hook: Dbo – Horse. Is it cheating to pick this guy? Maybe it is. This also wins Best YouTube Comment Section.

Most All-in Commitment to Linguistic Uniqueness: Ye Ram – 바다넘어/Umikoe (Over the Sea)

Most Businesslike Album Concept: Verbal Jint – 이것은 음악인가 업무보고서인가 (Is It Music or Is It a Report)

Most Interesting or Faithful Concept Album: several choices, many space-themed.

Most Notable Lyrics: it’s not “best lyrics”, because most of those are already covered in the rest of our series. These are lyrics that stand out in some other way, whether by way of subject matter, uncommon metaphor, or something else.

Most Pleasant Surprise of a Comeback: Rainbow – Aurora

Most Romantic: Daybreak – Romantic, very aptly titled as you can see.

Most Stream-of-Consciousness Lyrics: a tie.

Most Tantalizingly Close to a CSJH Reunion: Stephanie – Say It (Feat. Lina)

Most Unexpected Genre Swerve: Han Gi-ran – What U Gonna Do

Oldest Artist to Release Album: Shin Joong-hyun was 80 years old when he came back with Shin Joong Hyun for Tribute Guitar in July.

Sequel With Happiest Resolution for the Characters: IU – 시간의 바깥 (Above the Time), and IU’s liner notes on coming up with this song were nice as well.

Lyric translations by author. Header image captured from ONF – We Must Love.