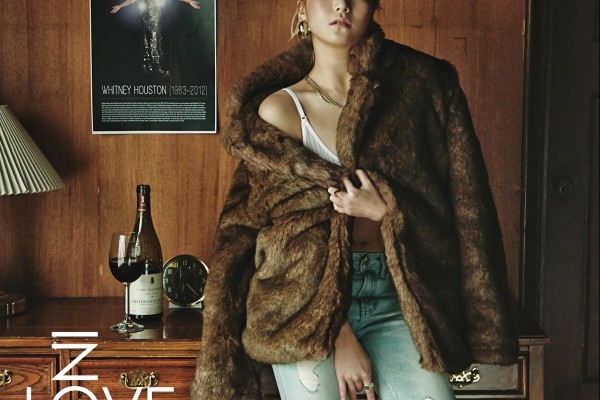 By Jung Bae | May 24, 2015
FacebookTwitter
SubscribeGoogleWhatsappPinterestDiggRedditStumbleuponVkWeiboPocketTumblrMailMeneameOdnoklassniki

015B‘s Lucky 7 came out in the summer of 2006. A great album that was, full of innovative experiments and harnessing a cast that included big names then and now. But its most striking track was Lost, Temporarily, performed by an unknown 20-year-old named Shin Bo-kyung: it had no frills on the arrangement, just a slow and soulful beat, and Shin sang the chorus with skill and conviction beyond her years. 015B leader Jung Suk-won wrote comments about each song in the album booklet, and I remember reading this nugget: “015B always writes the songs first and then looks for the appropriate vocalist. With Shin Bo-kyung, I chose to write this song specifically to fit her voice.”

Nine years later, the artist now known as Boni is still a premier vocalist. She has two EPs and a Korean Music Award to her name. Still, you got a sense of incompletion from that discography: 1990 was a great album, but felt a bit like a digression, and subsequent singles were only glimpses at all the potential she had in store. That finally changes in Love, her first full-length album.

Love has a diverse palette, carrying over some of 1990‘s period-specific slow jams and neo soul and introducing hip-hop and urban influences. The album presents each of these styles polished and with confidence; there’s a lot of know-how evident in the production of Boni, Jay Cry, and others. It completely eschews the modern R&B trend of dense electronic textures, so it’s not as cutting-edge as what Zion.T, Crush and others are doing nowadays, but that would have been out of place anyway.

Instead, there’s a satisfying heft to each of the beats, a warm fidelity to even its synthetic sounds. Jay Cry employs blunt drums and a ringing piano to do basically all the work in lead single One In A Million, but it sounds a lot more expansive than that. The little synthesizer sounds used for G-funk-style effects in Lost, Temporarily Part 2 (yes, a sequel after nine years!) and Stalk You meld into the accompanying acoustics, rather than stand out on their own.

If Your Whip’s All Good sounds like a hip-hop track, that’s because it is one – originally by labelmate Hwaji from last year, another entry in the line of excellent Boni covers. (Exhibits Taeyang and 40.) Boni picks up some of Hwaji’s verses and half-sings, half-raps them into some of the most rhythmic R&B bars you’ll hear. Aside from that, Dangerous and Push (an Honorable Mention pick last year) take place atop two beats that are similarly paced but decorated very differently. There’s a lot to listen for here.

Let’s turn to the subject matter. This is a multifaceted and well-written treatment of love, and it doesn’t ever really feel trite. Aside from familiar fare (which this album also exhibits), Boni sings of a complicated, introspective, yet not desperate relationship in Well, Maybe, consolation for hurt and suffering in With You, comfort in the small things in Your Whip’s All Good, and sensual connections in Push. The words are sometimes insightful, sometimes funny, and always incredibly detailed. No lyrical fillers.

Love‘s best song (both sonically and lyrically) is the one that is furthest removed from the rest. Closing track I Love You is written by Grace Shin, her only credited contribution to the album, and it plays out over a piano only. The beautiful melody has an appropriately wintry feel to it (the single was cut in December), and Boni softly breathes out a moment of tender confession. It should contend as one of the year’s best singles.

(The studio version here, which is also the album version, has one more vocal track near the end.)

In particular, I Love You is a fitting capstone to a masterful vocal performance throughout the album. Though Boni has released some songs that emphasize range and power, she’s generally shown a preference for balance and nuance that’s only occasionally punctuated by explosion. (The best example is in It Hurts (2011).) Love has plenty of that, but the humming of Umm and the incessantly busy sound of Strawberry provide room for her to break out of the pattern without reverting to the archetypal diva performance.

And really, she’s holding this album together with her voice. Though they stay within the broad umbrella of R&B, portions of the album are divergent enough that pacing and contrast could have been real issues. The problem is sidestepped in most part due to Boni’s versatility. Her tone is capable of carrying any track, and maybe that’s what Jung Suk-won saw before anyone else in 2006, but her “acting” is also superb. She’s crooning in confusion and emoting loss in Lost, Temporarily Part 2 before turning playful in Your Whip’s All Good – but she owns both songs, rather than be dragged along by them.

It’s not perfect. I do wish Love had a bit more oomph in the lead single or another killing track. The first half of the album feels loose. Some songs are probably a little longer than they should be. (Though that’s usually better than the opposite problem.) All of these issues are positively tiny, though, compared to what’s good. Love is smart and sharp, visceral and relatable, and packed with memorable moments.

But let’s think bigger – this is an important work for Korean contemporary R&B. Consider the artists and albums that have spearheaded this scene lately – Zion.T, Crush, Jinbo, Alshain, Taeyang, and more. Each of them are great, but working in divergent sub-genres. I think “traditional” R&B has become weaker recently in spite of the scene’s growth as a whole; this is where Boni’s album reestablishes a standard. And how spectacularly it does so.