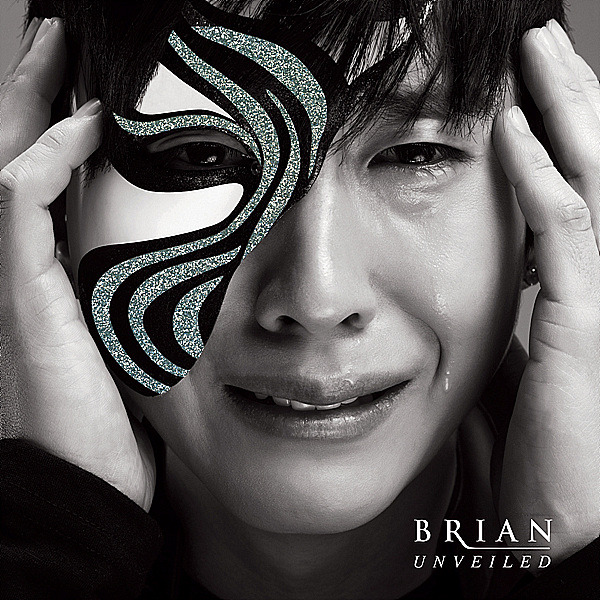 Atmosphere can really make or break music. Brian Joo is no stranger to that fact: his career in Fly to the Sky was marked by some incredibly moody hits as well as frivolous flops. He goes ahead and proves that point in his newest solo EP Unveiled, and fortunately the verdict is good. Brian has combined solid musicianship, extraordinary writing, and an admittedly bad cover with a unique atmosphere, and listeners get a sum greater than its parts.

Unveiled carries with it a certain sensibility, the sort of modern-yet-grounded chic that younger artists often shoot for (to varying degrees of success). As much as it is collected, it’s also really frank. Mr. Joo’s experience shines in making that happen; he deftly crafts stories that feel genuine and honest, and then makes them relatable. He attacks listeners’ emotions in a number of ways: sometimes viscerally, sometimes sweetly. And it works.

In opening track 눈물의 구성요소 (Components of Tears), Brian patiently but passionately explains his pain to a past love. In one of the year’s more memorable lines (and a nice twist on the song’s chorus), he sings: “Your face, which I long so madly to see // And the way you speak, which I wanted to forget for a while // Add a little salt and water, to get mixed in // Let it go out of my eyes, you’re the reason of my tears.” A few minutes later, in 나도 약속이 있었으면 좋겠다 (I Wish I Had an Appointment Too), he’s shyly telling a girl about all the things he wishes would happen–ever so careful to be airy and unassuming. Fast-forward a couple more tracks, and Song 4 U has his heart overflowing with joy as he seduces and proposes. Title track 사랑하다 끝났어 (We Loved and It’s Over), while the most abstract and least relatable of the bunch, is still effective as a devastatingly desolate love song.

Brian does an interesting thing with the last third of the album, and it deserves mention. He takes Components of Tears and We Loved and It’s Over, and creates two English songs out of them. Not that this hasn’t been done before by other artists, but these are definitely one of the better attempts at doing so. Domino (the English counterpart to Components of Tears), in particular, is very thoughtfully done; Brian takes advantage of the nature of the music and turns around the song’s mood solely with the lyrics. The end result sounds like something out of David Archuleta‘s discography, and it’d make a great track in its own right.

As much as the album is held together by themes, it becomes a lot more complete by virtue of the performances. Brian has come a long way since his debut, when his vocal prowess was often eclipsed by that of Fly to the Sky partner Hwanhee, and he just keeps making strides. There are a few technically rough spots, but on the whole the balladeer is emotive enough to back up his lyrics and has some breathtaking moments in tracks like We Loved and It’s Over. The instrumentation is gorgeous, and generally done with tasteful subtlety.

For many listeners, the idea of Brian Joo as a musician is still tied closely to his Fly to the Sky persona. (“What’s Brian’s signature hit?” “Missing You!” “Sea of Love!” “No? Uhm, Gravity, then?”)  Not that it’s bad, but it’s not going away easily, either. But with each new solo outing, Brian is making pretty big leaps of progress. Unveiled is probably the biggest leap he’s made to date. He’s very close to having a solid, personal brand–hopefully, he’s just an album or EP away. But really, please do something about that cover.