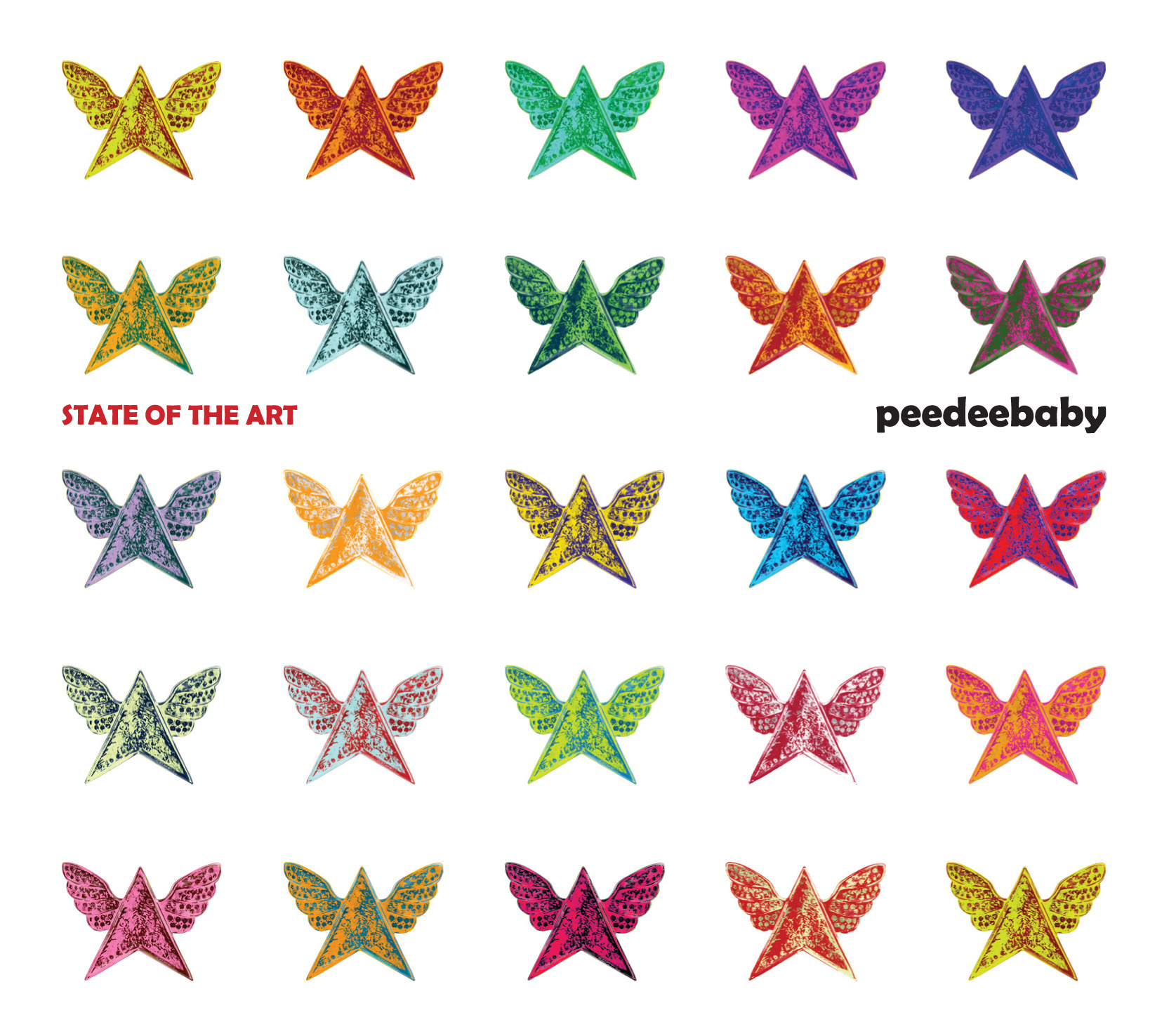 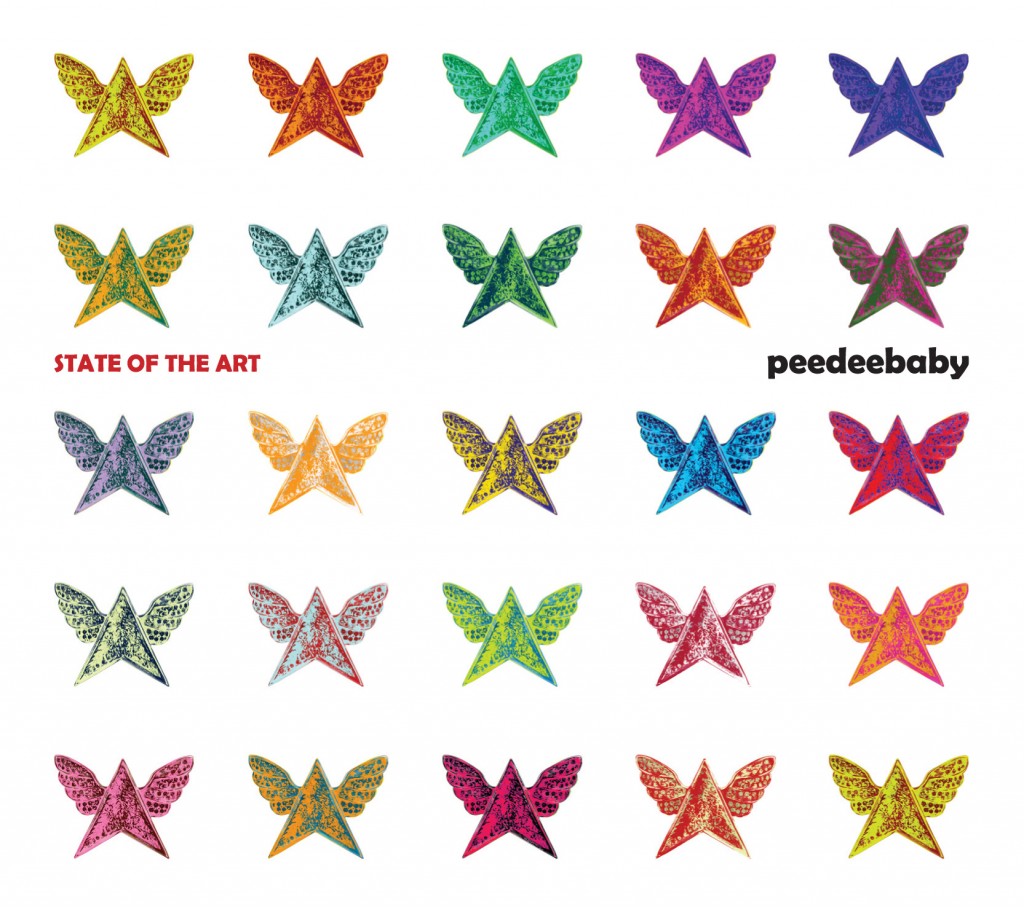 Believe it or not, Cho PD‘s been on the scene during the last 7 years that you haven’t heard anything about him. No, he didn’t make headlines like he used to in 1999; his lyrics have become steadily tamer and less controversial since those early-Eminem-like days of unbridled fire and brimstone. No, he didn’t win awards like he used to in 2004; that year’s Dear Friend and its historic collaboration with Insooni, which was selected as the consensus Song of the Year in an entertainment writers’ poll held by Sports Korea, remains an unmatched achievement for the 36-year-old rapper. But he’s been working steadily since that monumental year, releasing a few singles and albums now and then. Once you look at the tracklist of his seventh album Art & Business, though, it looks like the guy’s been downright prolific: not only is this a full-fledged double album (the second in his career, the first being 2004′s Great Expectation series), but the whopping 32-track body of work spans seven years, from 2004 to 2011. Each track’s production year is listed along with its title, giving Art & Business the look of a compilation album – which, in an unfortunate way, it is.

Part 1 of the double-feature, State of the Art, is the sharper of the two parts – both thematically and sound-wise. Most of Cho PD’s lyrics here are either vicious social criticism, the same kind that made him famous, or the stereotypical fiesta of boasts. I’ll note here that his verses don’t sound all that rusty: his flow is as effortlessly energetic as ever, and his rhymes and wordplay are generally solid – just not flashy. At any rate, Cho PD is a rapper that makes listeners hear message over style (sometimes due to the substance of his message, and sometimes due to the simple fact that he’s entertaining). You won’t be seriously distracted by the technical aspects.

The range of production in Part 1 falls overwhelmingly within the electronica umbrella, with almost all tracks absolutely saturated with synthesizer and electro texture. Now, although Cho PD’s always been a better producer than rapper, I’m not completely sold on what’s going on beats-wise in State of the Art. He gets it right at some points: The Wall, for example, combines heady, dense synth texture with effective trance elements, and Where I’m From features an aggressive melody embedded in its almost dirty-south heavy synthesizer. On the other hand, PPL R PPL overuses the orchestra-hit tone and other dramatic pieces, and it ultimately hurts the track’s tension; the ominous siren texture in Ratz N Snitches soon becomes monotonous and even annoying in a minimalist track. We R History, with its incessant high-pitched synth melody, would have ended up similarly if it wasn’t for Cho PD’s complementary melodic flow. Even as a whole, though, the beats of State of the Art are very insubstantial; they feel light, cheap, and most of all, outdated. Perhaps this is to be expected, given the album’s nature, and the development history – specifically, things like 2008′s electronica boom – certainly helps explain the more curious beats on Part 1, like chiptune-based I’m Ur Dream. But that doesn’t change the fact that, listened to in 2011, a large part of State of the Art‘s production leaves much to be desired.

Curiously, Cho PD often takes a back seat in Part 1 when it comes to actually spitting bars. See how about half of State of the Art has artists featured on it? Cho PD doesn’t even make an appearance in most of those tracks. He still made all the beats, of course – think of this as an approach similar to The Quiett‘s Back On The Beats series. (Volume 2 of that series was reviewed recently, by the way.) Except with new beats, as opposed to recycled ones. Or perhaps a 015B approach. Whatever floats your boat. As it turns out, these guest appearances are among the album’s best moments. The aforementioned Where I’m From is a great fit for two extremely charismatic MCs in Dok2 and Mino, and the two young rappers shine with perhaps the most genuine swagger found in Art & Business as a whole. Dok2′s slick verse is very, very good – in particular, the speedy five-bar extended rhyme, executed with flair, outdoes even the high expectations placed upon the “Gonzo”. Mino, whom I actually confused with the Free Style member until I heard the extremely rough voice, also chips in a good one. (By the way, you can tell from the lyrics that this was recorded a while ago – Dok2 keeps giving shoutouts to Thunderground Muzik rather than 1llionaire Records or even Hustle Real Hard.)

All-too-short The Doctors features two of the nation’s most entertaining rappers, Swings and San E; Swings shows off a new trick or two here, spitting with even more than his usual personality and emotion, while San E, whose mere presence pretty much makes any track better these days, produces another fiendishly clever and hilarious verse. (In another interesting allusion, San E says “머리에 쥐나” (“Getting head cramps”) at one point, which is a line plucked directly from the chorus of G.Na‘s Banana – the lyric is discussed near the bottom of this review. That song also featured Swings, which could explain how San E knew about it before Banana came out. It’s also possible that Art & Business‘s listed dates refer only to the completion of production and not lyrics or featured artists; there is lyrical evidence to support this.) Other sans-Cho PD tracks, which contain contributions from Verbal Jint, Outsider, and (predictably) Block B, among others, all have their pluses – though I do feel that Thrilla and And The Winner Is… are somewhat lackluster in both beat selection and performances.

Other than what’s already been mentioned, there’s not a lot to say about Cho PD’s lyricism in Part 1. His knack for political commentary and social criticism are played out for the umpteenth time in the first several tracks – WW III discusses the relations between “G2″ as opposed to the G20 (that would be America and China), and offers some amusing rhyme schemes (“달러는 역시 달려 // 민간인 은행이 막 집어날러 // 헬기로 달러를 날려 // 그 이름 Bernanke holler back”) along the way, while PPL R PPL sums up its topics pretty concisely with its hook’s imagery: “아우슈비츠, 홀로코스트, 킬링필드의 대학살 // 마녀사냥, 십자군 전쟁, 제국주의 그 망령의 잔재” (“Auschwitz, Holocaust, massacre in the Killing Fields // Witch Hunts, the Crusades, the remnant phantoms of imperialism”). Outside of that, We R History probably encases his best performance on Part 1. It’s rather difficult to find a coherent message or direction within all this going on. 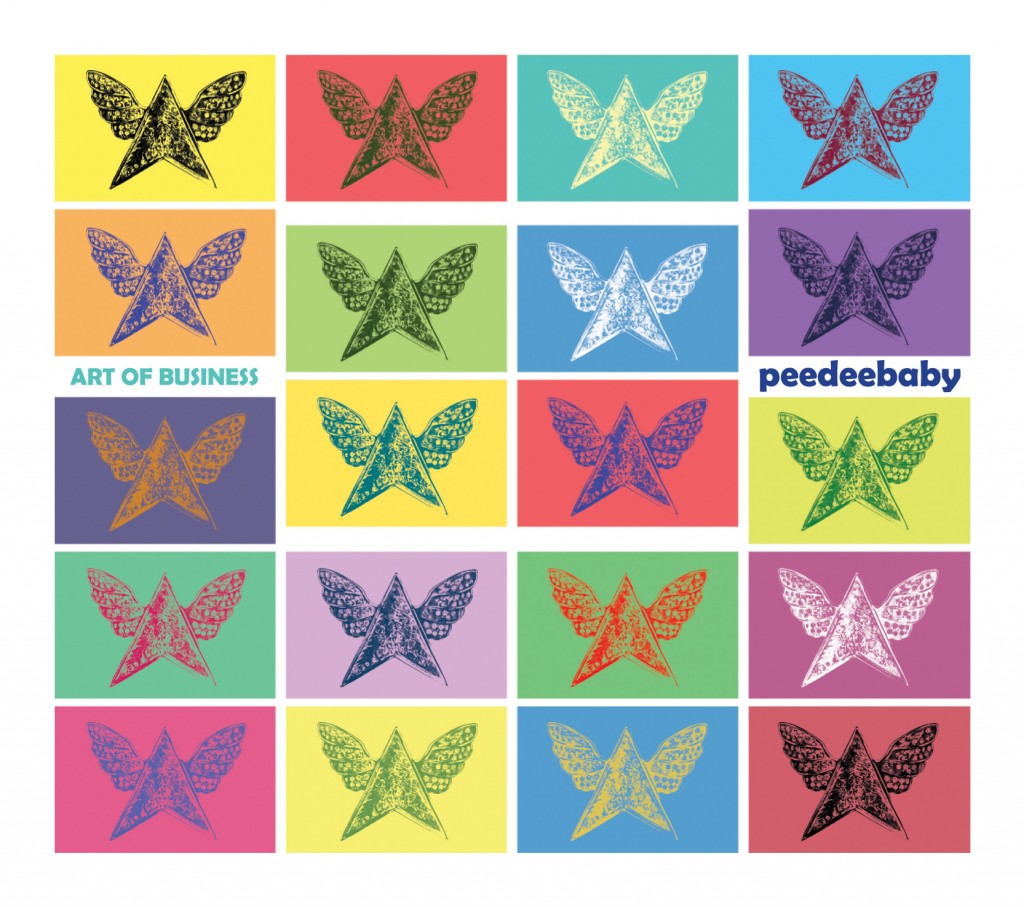 In Part 2, entitled Art of Business, Cho PD takes his foot off the gas a little. His lyrics become more introspective, his beats tamer and more analog. And yes, he does perform in every track here – the cypher feel is gone. The cream of the crop is lead single Family Man, where the warm string-infused beat hearkens back to the early 2000s and Cho PD takes a step back to examine the passage of life. In particular, the hook (sung by Block B’s Taeil) is poignant (“When I have to go, I’ll go but // Let me make your face smile // Cuz I’m so sure, ain’t I? // Truly blessed in my life”) and puts a fitting capstone onto the track that Cho PD dedicated to the late Steve Jobs. He further slows things down in mellow piano-rap number Time and darkly rich R&B love ballad Bitch. The moody funk of Dreams Come True and the fuzzy immateriality of Cloud round out the slowdown bunch.

They’re not all slow and melancholy though, and in general, the faster beats on Art of Business blow their Part 1 counterparts out of the water. For starters, Take A Bow‘s bouncy beats, accompanied by Kimmaster‘s intricate guitarwork, ring clear and true; Hey June is smile-inducing for its playful chiptune/house beat that follows with Cho PD’s loving ode to his son. (These types of tracks just have a tendency to be great – see Drunken Tiger‘s delightful 축하해 (Congratulations) for Exhibit No. 2.) But the real gems are near the end of the album: the triple lineup of Designer’s Rock, 랄라랜드 (Lala Land), and Devil’s Advocate is marvelous. Designer’s Rock is powered by a chic electronic beat and a simple but effective hook of “Catwalk… on the floor”. The 2010 standalone single Lala Land, featuring two Brown Eyed Girls in Jea and Narsha (simply writing this sentence makes me miss these artists’ collaboration in Hold The Line), employs bubbly electrolite and heavy drums. Oh, the two vocalists aren’t too shabby either, but you already knew that. Cho PD sings his disdain for governmental and corporate corruption instead of rapping it for much of sickly Devil’s Advocate atop its effectively unpleasant beat.

Speaking of unpleasant, Art of Business is pretty good at doing that intentionally – the beat of Mother Earth is something you’d hear in a lo-fi video game from the 80s. You know, ominous boss battle music? Sense Of Time and Red And Green Pills also have these uncomfortably high pitches and fading bells that claw incessantly at the listener. These instances are all thematically appropriate, at least, and the unpalatable is used in moderation.

So in the beats department, Part 2 definitely feels more polished than Part 1. (Not sure if this is directly related, but Part 2‘s beats are also generally older.) While not as technically complex as the dense electronic beats in Part 1, these beats are much less scattered and more substantial, and combined with the influx of emotions into Cho PD’s performances, become more powerful. This portion seems to be better balanced emotionally, as well, and provides some breathing room for Cho PD to go on some actually meaningful soliloquies. (Life Goes On comes to mind.) On the other hand, the near lack of featured rappers on Part 2 does make it decidedly less glamorous from a pure rap standpoint. Whether by limitation or design, Cho PD has trouble sustaining all but one of these 16 tracks with his flow alone; there are monotonous moments here. What’s more, Part 2 also suffers from the same lack of thematic direction as its counterpart – a general thawing of Part 1‘s ice doesn’t mean that these tracks mesh together particularly well (or even at all).

Taken as a whole, Art & Business is frankly underwhelming. The scale was ambitious; the concept and direction were not. To be sure, there are great moments in this album, but the total is less than the sum of its parts. Double-albums like Drunken Tiger’s fHeel gHood Muzik and Epik High‘s Remapping the Human Mind and [e] worked because their length allowed the artists to be more expressive and convey deeper depth; in other words, they served a real purpose. This one doesn’t, because it’s long for the sake of being long. And when its constituent parts are marred by often-uninspired beatmaking (Part 1, at least), repetitive themes, and lack of direction, being long just exacerbates the issues. As a bunch of sometimes-great, sometimes-not tracks strung together, this is not a great album; I’d call it a great unintentional compilation, though. It’s sad that that’s the best title I can give to such an immense work.