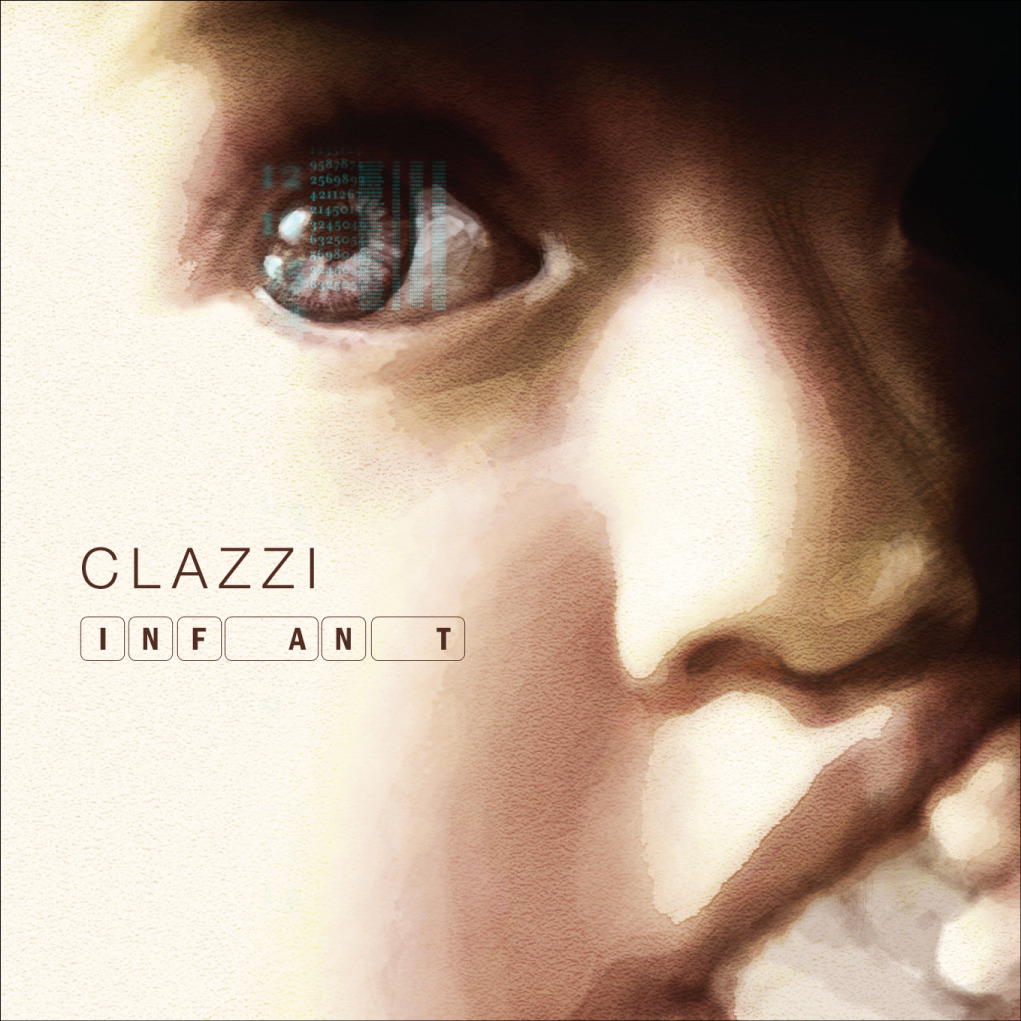 For a guy who has his own name in a group’s name, DJ Clazzi is overlooked rather often. He’s the leader of Clazziquai Project, even, but with people like Alex and Horan being the group’s frontpeople, the producer and composer has mostly escaped public notice. So as opposed to most debut releases from other group-turned-solo artists, Infant is an introduction to the man himself, as well as his solo work. A sort of meet-and-greet, if you will.

Just so we’re clear, Clazzi still doesn’t sing in this album. He instead takes the 015B approach and brings in an all-star cast of supporting artists (more on them later). So everything we get to know about him through Infant is told through beats and sounds, which is fine. All right, so what do we learn from this little rendezvous?

For starters, we find out that he’s interested in a more “serious” brand of electronica than what he’s done before. Infant is a purely electronic album, delving into house and club tunes and relying on dense beats and complex synths. There’s a disconnect between this and Clazziquai’s music. That group’s very best works have been mellow house tracks (Come To Me and the rest of 2004′s Instant Pig come to mind), and even the more danceable songs like Love Again (2009) retained that philosophy. Infant focuses more on danceability than groove and embraces less shades of pop. As a result, it’s by nature a little less accessible than Clazzi’s past creations.

We learn that he is more than proficient at producing these sounds. In fact, the man is ahead of the curve in some ways. Star Child impresses with its subtly building, supremely satisfying torrent of a beat, while the dreamy atmosphere and washed synths of Where’s Dance carries the club tune to intoxicating heights. Meanwhile, 40 Nights adopts the rock-electronica soundset used to such fantastic effect by Idiotape and The Koxx (the latter band actually provides vocals here) and sustains it with unpredictable twists. There’s also an experimental track in Loving You, which goes for avant-garde with minimalist vocal usage and unorthodox structure. There’s a lot of different brands of electronica covered here, and Clazzi does not appear to be in over his head with any of them.

We are then introduced to some of his friends, and we are dazzled. The featured cast on Infant is very impressive; I think it’s the most diverse of any mainstream album since Leessang‘s AsuRa BalBalTa from last summer. (IU‘s Last Fantasy surpasses both if we look at featured composers and star power, but that’s a different metric.) Yi Sung-yol and Kim Wan-sun are the heavyweights here in terms of name value (throw Jang Woo-hyuk in there too if you like), but just as impressive is the array of indie artists that Clazzi has recruited. The indie pop scene, electronica scene, rock scene, R&B scene, and hiphop scene are all represented, respectively by Jinsil, Whale, The Koxx, Jo Hyuna, and MYK. Clazzi also reached out to the mainstream-group base, nabbing two Sunny Hill members and 2AM‘s Seulong. And in a final surprise move, Christina, Alex’s older sister and fourth member of Clazziquai Project, also participates in two tracks.

We marvel in the contributions of all these artists. Yi Sung-yol’s performance is perhaps the most memorable; the folk artist is way out of his comfort zone in bubbly house track Love & Hate, but still sings with that trademark mannerism. His reassuring tone is exactly what the song needs. Meanwhile, Kim Wan-sun and Whale are both in their elements in Can Only Feel and Bad Girl, respectively. Ms. Kim, in particular, puts in a mesmerizing performance that singlehandedly saves a good but underpowered track from falling into monotony. That works both ways, of course; MYK is badly miscast and Kota and Jubi are not exactly breathtaking in Sxxy Doll, but Clazzi’s melody keeps the track at least somewhat engaging.

We realize, though, that something is amiss. Maybe it’s the lack of a true killing track, or maybe the repetitiveness of some of the themes (the heady club ambience concept is used a couple times too many), but with the exception of a couple tracks, Infant is difficult to go back to for a third and fourth listen. Most problematically, there’s a mechanical feel to the album as a whole. Even other purely electronic, artificial-sound albums still have sparks of emotion and/or energy to keep the listener engaged, but Infant has neither. (Even Love & Hate falls short of truly achieving one.) This is the biggest reason why, although these tracks are mostly good on their own, the album has a hard time coming together – you can’t sustain an album without that spark.

Before long, our time comes to a close. We know a bit more about DJ Clazzi and his music than we did previously. He’ll be back soon, he says – Clazziquai’s fifth studio album is coming later this year. Will he choose to assimilate Infant‘s style into this next release? Or will he continue with the Clazziquai formula? But that’s a question for another time, another meeting. For now, we part. Nice to have finally been introduced, Mr. Clazzi.