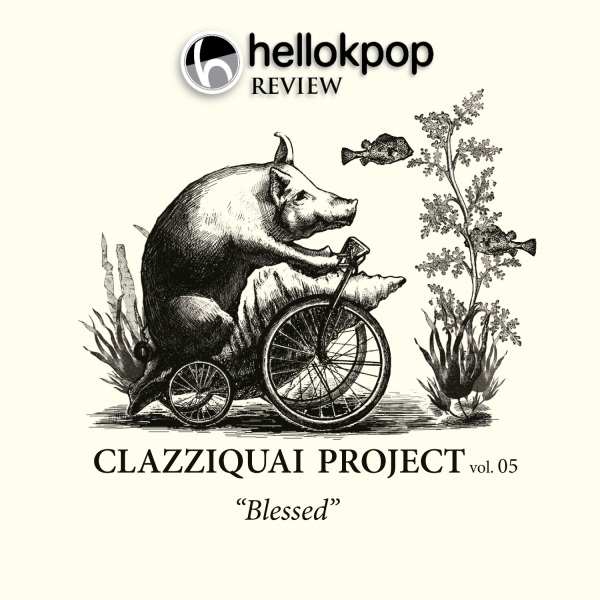 If you start out at the top, where further do you go? That’s basically the question Clazziquai Project was faced with after the pathbreaking debut of Instant Pig (2004). The project-turned-group has had its ups and downs since then, but throughout all that, it’s never really relinquished the title of Korea’s premier electronic team. DJ Clazzi is one of the most consistently reliable producers in the business; the group’s vocalists are peerless in their style of electronica and house. At this point, a bad album would come as a shock. Blessed is no such shock; The beats are as vibrant, the instrumentation as rich, and the finesse as apparent as ever.

As always, the album’s weight lies in the laid-back lounge and soft electropop. Blessed and Sweetest Name are familiar in their fuzzy electric piano, warm overtones, and repetition-minded refrains. Meanwhile, Love Recipe and 사랑도 간다 (Even Love Goes) hearkens back to the group’s older fusion-house experiments as they bring in Latin rhythms and melancholy passion into the fold. There’s not too much to be said for these; suffice to note that Clazzi navigates them with veteran confidence, and the results are pleasant. More interesting are the ways in which the members’ solo works have weaved their ways into Blessed.

Last year, DJ Clazzi showcased denser (and less accessible) electronica in his solo debut album. Those influences show through in 그녀는 위대해 (She Is Great). Abrasive synth textures and sweeping pads replace the mellow soundset found elsewhere, and there’s a noticeable focus on rhythmic flow over melody. Not that the melody lags: oft-unheralded fourth member Christina puts delectable sass into perhaps the album’s best performance alongside support from guests Ciel and MYK. On the slower end of the spectrum, there is the hard ballad Like A Diamond. It’s a new style for this group: there’s a powerful instrumental buildup, and once we’re there, trance-like synths line the space between ponderous chorus and clubtune interludes. There is some exciting potential here.

In the meantime, Alex has been building a discography in pop-ballad. It seems fair to call 꽃잎 같은 먼지가 (Dust Like Flower Petals) a spin-off from that direction. Pulsing guitars and live drums make the modern-rock track Blessed’s most analog track, and Alex thrives in the lively atmosphere. Vestiges of Horan‘s work with project group Ibadi appear in 여전히 (Still), as the vocalists’ softest pianissimos sail upon jazzy accompaniments. Tracks like Brown Gold Eyes combine these styles and yield more subdued ballads.

The new influences inject some novelty to the core Clazziquai formula, and undoubtedly the album is more diverse for them. I do feel that Blessed is a little too stylistically fragmented – the general warm hue and lyrical themes help hold it together, but it’s not enough to keep tracks like Dust Like Flower Petals or 함께라면 (Can’t Go On My Own) from feeling jarring. Blessed also carries over the group’s older issues, like lyricism that often sacrifices too much substance for style and overly frequent language-switching. (However, She Is Great does avoid both of these.)

Don’t let this stuff keep you away from Blessed, though. For all the minor squabbles, this is still about as good as it can get. For fans of the genre, the quality of Clazzi’s composition and arrangement (as well as the two more serious tracks) will appeal as always, and for everyone else, this is Clazziquai’s most accessible and friendliest album yet. It may not represent a huge developmental leap, but Clazziquai Project again catches two birds with one stone. They continue to do what they’ve done best.