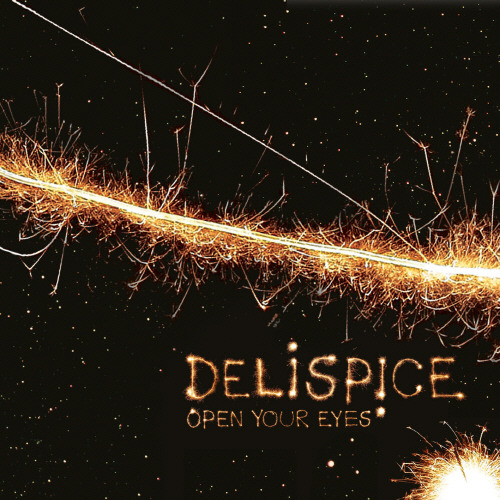 It’s hard to overstate the influence that Deli Spice has had on Korean music history. With a single album – debut effort Deli Spice (1997) – this modern-rock band, one of the first of its kind in Korea, not only “changed the landscape of Korea’s indie scene” but “led listeners to a certain new dimension”. I’m quoting that from The Kyunghyang Shinmun‘s seminal list of the 100 greatest albums in Korean history, where Deli Spice was placed at #9; in another list, compiled by MusicY‘s community of independent professional reviewers, it placed at #17. The album’s lead single, 챠우챠우 (Chau Chau) is still among the most iconic songs in all of Korean music, with its instantly recognizable two lines of lyric and melody. It’s one of my personal favorites as well – if you’ve never listened to it, do yourself a favor. Many folks in their 20s and 30s still know the song by heart; hence this Pentaport 2008 performance, where the crowd essentially sang the decade-old song for the band. And so on with the praise.

It’s difficult to believe that Open Your Eyes is Deli Spice’s seventh studio album. Not because the band is young – it turns 16 years old this year – but because there has been so little since Chau Chau that’s been anywhere near as memorable – indeed, outside of 항상 엔진을 켜둘게 (I’ll Always Leave The Engine On), perhaps none. While Deli Spice slowly faded into obscurity, the modern-rock scene that they helped vitalize grew, and in an effort spearheaded by Nell, has by now made the jump from mostly indie to comfortably mainstream. Fortunately, it doesn’t appear that the band has lost touch with the times. For the most part, Open Your Eyes knows and follows 2011′s modern-rock conventions – no outdated, corny stuff going on here. Yet the album is tinged with enough of the trademarked sentimentality and edgy sound to be recognized as a Deli Spice work. In that regard, credit is due to the band’s two remaining founding members, vocal Kim Min-gyu and bassist Yun Jun-ho, who oversaw all production work on the album. (If you’re wondering, the band lost drummer Choi Jae-hyuk since their last album and recruited drummer Seo Sang-jun and keyboardist Lee Yohan as new members.)

Lead single 슬픔이여 안녕 (Goodbye Sadness) is very representative of this updated-but-tinged approach. For the most part, the track follows the popular modern-alternative formula, with gentle riffs and a speedy, bright melody. It’s done very well, better than I’ve heard from many current indie bands – the unbroken speed and rousing melody, reminiscent of Seo Taiji‘s “nature pound” subgenre, are refreshingly liberating. But there are hints of something else here. The intro is decidedly punk, with a heavy breakdown on guitars and dense drumwork; the theme comes up again at a few other places, in stark contrast with the mellow remainder of the track. The lyrics are a trifle more profound than those in most similar tracks, a result of Deli Spice’s self-reflective, pathos-first approach to writing.

There are a few more tracks in that general vein, but they’re mostly unremarkable. Elsewhere, the band opts for a more analog, nostalgic approach. 별의 목소리 (Voices of Stars) employs a flowing acoustic-guitar accompaniment and double-layered harmonies, which evokes the Korean folk-rock soundset from the 70s and 80s: that would be the melodies and sounds used by, say, Sanwoolim or Twin Folio. (It helps that Kim Min-gyu’s austere voice is a good fit for folk.) 세월 (Time) takes a similar tack, but it’s more experimental. The refrain is lengthy and melodically complex, and the acoustic guitar from before is now aided along by a lonely, electronically-adjusted piano.

“Wait a minute. What?” You might ask. “‘Electronically-adjusted’? In my Deli Spice?” Yes, emphatically yes. This is by far the biggest surprise in Open Your Eyes: Deli Spice uses electronica and digital tones extensively throughout the album. If the eponymous intro track, with its autotune and new-age loop, doesn’t make it clear enough, the followup 세 개의 태양 (Three Suns) should. The track mixes funk, calming piano, and bouncy electronica together into a concoction not out of place in a Clazziquai release, and then throws in uncharacteristically apocalyptic, depressing lyrics to really throw you out of whack.

Fortunately, the other electronica-infused tracks are much more coherent. 무지개는 없었다 (There Was No Rainbow) is a subdued rock ballad that is also marked by ambient, dense synthesizer texture and house beats, but the transitions are natural and the components complement each other. Deli Spice delves deeper into electronica-ballad with 레인메이커 (Rainmaker) Part.2 with a moody, jazzy melody and subdued vocals, and goes all in with Run For Your Life, where the band’s psychedelic roots come into subtle play alongside all the distortion effects. They’re all very interesting experiments, and Deli Spice’s melodic expertise melds seamlessly into the new genre.

Speaking of coherence, the one area where Open Your Eyes stays fairly consistent is in lyrical content. The album is thematically akin to Yi Sung-yol‘s Why We Fail, reviewed earlier this year, as well as countless works by Jaurim: it looks at despair, failure, tragedy, suffering, self-reflection. There’s no shortage of apocalyptic imagery and dramatic metaphor. The prose is nebulous, the sentiments insecure and cryptic. However, this consistency is a bit too much for Open Your Eyes. When you start getting into the ninth or tenth track that talks about similar concepts and thoughts in similar styles, you’re going to get tired of it – no matter how gorgeous the prose. It feels like the band is almost copying itself at some points, which is disappointing. Another head-scratcher is the addition of two dubstep remix tracks by Postino, which don’t really add anything to the album. Yes, dubstep is trendy, but is that the only reason those two tracks are included?

Make no mistake: Open Your Eyes is a good album. To some, it might even be great. It’s just that Deli Spice happened to set the bar incredibly high for themselves and the genre before, and that’s the only real way in which this album can be called “disappointing”. My takeaway from this, other than the several good tracks, is the knowledge that Deli Spice is still very interested in keeping their experimental spirit alive. It’s encouraging, and a telling reminder why this band is still the class of modern rock.

Photo credit: maniadb
The compilation lists alluded to in the text can be found here (Kyunghyang) and here (MusicY)