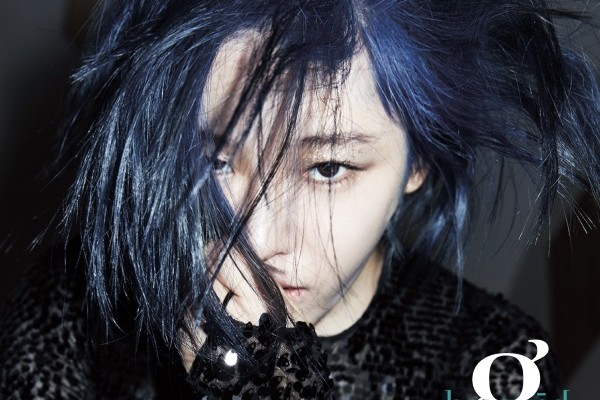 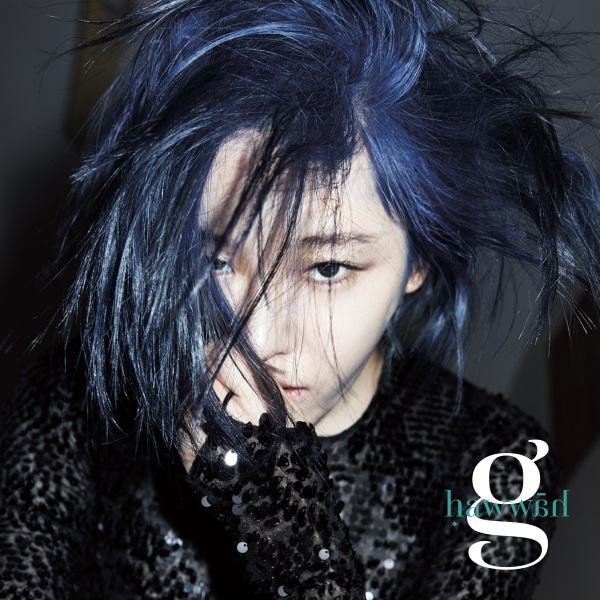 “Oh she is, truly she is
Prettier by night than by day
Blooms as a red flower of lies
Whispers sweet love and spreads the poison
Maybe more dangerous than the sinister serpent.”

Album promo materials are often not meant to be taken at face value, and that’s the case with Hawwah also. Ga-In‘s fourth solo EP, it is explained, reinterprets the Biblical portrayal of Hawwah (Eve) and the Fall of Man with emphasis on temptation, duality, and self-initiative. This statement is partially justified and partially isn’t, but it does give us a useful starting point.

Hawwah is indeed motivated by the titular Eve, and it makes a lot of sense for Ga-In to adopt the theme. The treatment of se*uality in Talk About S. (2012) was charming, healthy, and genuinely refreshing, but last year’s “Fxxk You” seemed more interested in shock value than boldness. This EP grants Ga-In and friends a second and more comprehensive crack at heavier topics, and the story of Eve adds rich gravitas to her efforts.

This is a committed concept album: all six songs tie into an overarching theme, and longtime Nega and Loen partner Kim Ea-na served as “lyric producer” to oversee the consistency of their content. Take one look at the tracklist, and you see a very clear (and reasonably successful) attempt at cohesiveness. This is good; we’ve seen before that artistic vision can sometimes be realized even at an agency scale.

That commitment pays off in album-opening “Apple”. It sounds like a logical extension of “Bloom” (2012), with bouncy piano and staccato synths pacing a sweetly jazzy arrangement, but it’s much more risqué than that song. Ga-In and Jay Park are young lovers singing of crossing lines and breaking rules, debating whether to take a bite or not. It works as a quality, standalone pop number that just happens to employ a metaphor (particularly with Park’s jarring verse – “Let’s lock the door and I’ll show you for real, girl // Gonna go hard like the Hulk, girl” – never change, Jay), and also as a setup for the rest of the EP. In this regard, it’s the most balanced track here.

Other tracks don’t fare so well. “The First Temptation” and “Guilty”, both depicting the temptation of Eve, don’t have a whole lot of sonic merit. The latter at least has some dramatic progression and throbbing rhythm, but they are not far from what we’ve heard often from Kara, After School, and others. “Free Will” is also disappointing. An Erasmian defense of human efficacy this is not, and that’s okay – but it doesn’t even accomplish its purported goal of interpreting Eve as an independent or take-charge figure. Wheesung‘s lyrics make the narrator sound more confused than resolved.

But “Apple” wasn’t really setting up for those; no, the raison d’être of Hawwah is “Paradise Lost”. A pipe organ’s falling arpeggio sets the stage for Ga-In, who navigates the dropping beats and moody ambiance in that curt yet nuanced tone she’s perfected over the last few years. She emotes more than before, breaking out of chic detachment enough to deliver the declaratory cries of the chorus. And what a great chorus it is: I think it’s the catchiest one by Lee Min-soo since “Good Day”. It mixes fatalistic atmosphere with dramatic melody, and the piano chord sustained through each measure adds a layer of gravity that grounds this refrain. Instantly memorable.

“Paradise Lost” also happens to be the EP’s most ambiguous track. It’s open to interpretation, but it doesn’t seem to frame itself within Eve’s story, let alone Milton’s namesake epic. It departs from the Fall itself, for sure. Note the chorus:

Given that we’re “looking” for the paradise lost, this song seems squarely contemporary – more about the temptations of today than of yesteryear. The line “They’re talking about a fantasy, they’re making up a story so they can control you and me” might be read as an affront to authority (religious or otherwise), though I am more inclined to say that Kim Ea-na and Ga-In are not taking this view themselves – recall that this line is being said by the tempter, some analogue to the serpent who was (quite literally) playing devil’s advocate. Either way, Kim has wrought something that lends itself to nontrivial examination, and I’m sure that was her intention all the way.

I’d like to take a moment to recognize “Two Women”. This one, I think, is a peek into an alternative version of this album that could have been. G. Gorilla wrote a track that he might have written for IU rather than Ga-In, in both diction and instrumentation, a little piece of psychological tragedy that plays out over bossa nova. The artist also saves her best vocal performance for this, bringing back the lithe belts from Brown Eyed Girls albums. The quote at the top comes from this song, and while it tries a little too hard to shoehorn elements of Eden into the lyrics, it’s the one track that feels like it’s told from a different perspective than that voicing the rest of Hawwah.

The “what could have been” are those other perspectives. The only reinterpretation of Eve that Hawwah does in any significant detail is Eve the empowered and seductive, as seen in “The First Temptation”, “Guilty”, and (tangentially) “Paradise Lost”. You could argue that it’s not the album’s job to be thorough, and you’d be right. But by reducing its motif into this one-dimensional person, Hawwah prunes itself of more nuanced stories it could have told. The presence of “Free Will”, “Two Women”, and that promo text makes me think that Ga-In and the producers at least tried to make the album something more, perhaps bringing the independence of Eve into better focus; but as it is, her independence seems only to be a device for sensual storytelling.

Still, Ga-In’s put out something very interesting here, with a show-stealing lead single to boot. It’s a thoughtfully made album and one suiting her unique interpretative skill. I do wish this was full-length rather than an EP, free from the constraint of track count. But while Hawwah could be better, in a strange way, that too feels appropriate for an album based on the story of human imperfection.

Sources: Photo – Daum Music; Videos – 1theK on YouTube. All lyrical translations are my own.