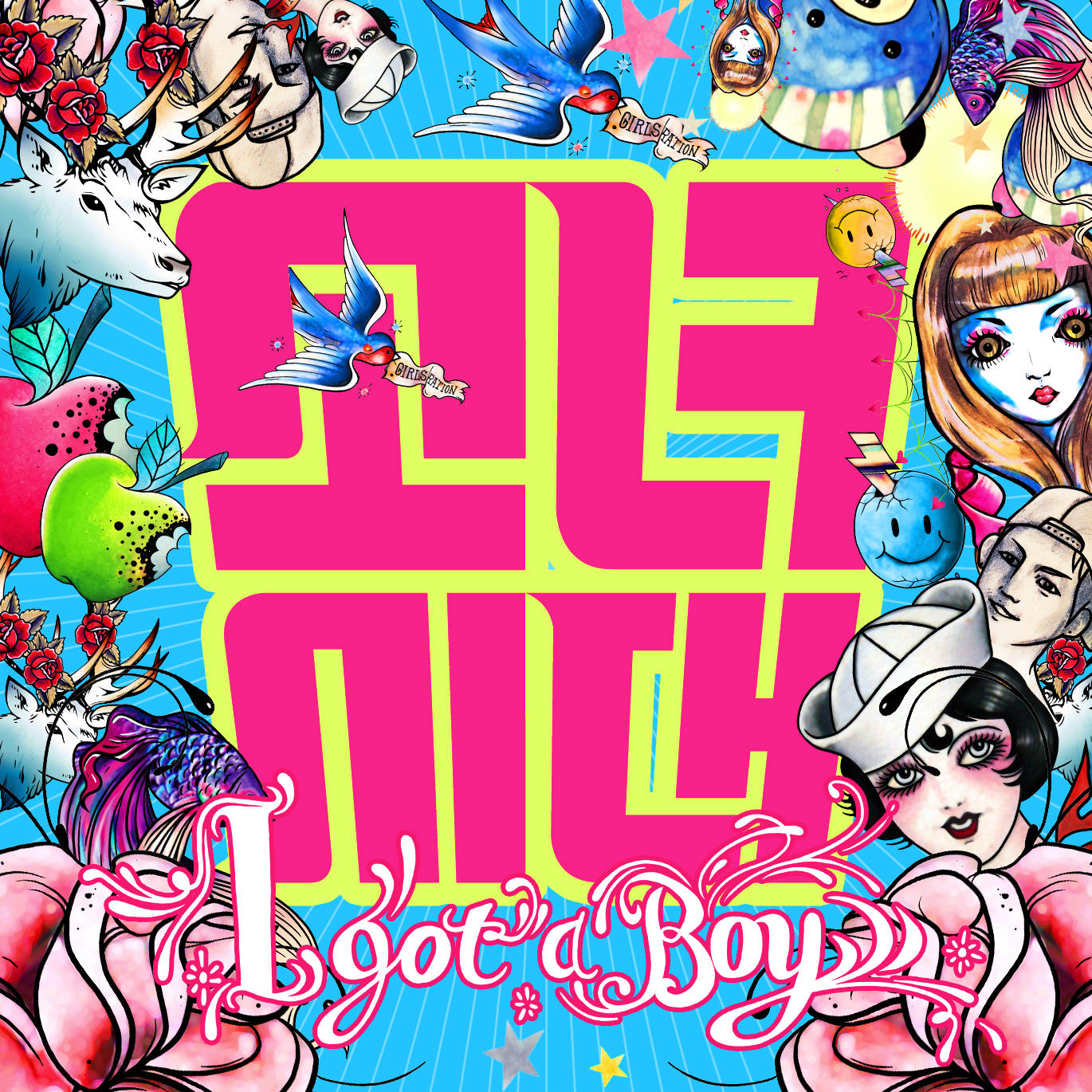 Album Review: Girls’ Generation (SNSD) – I Got A Boy 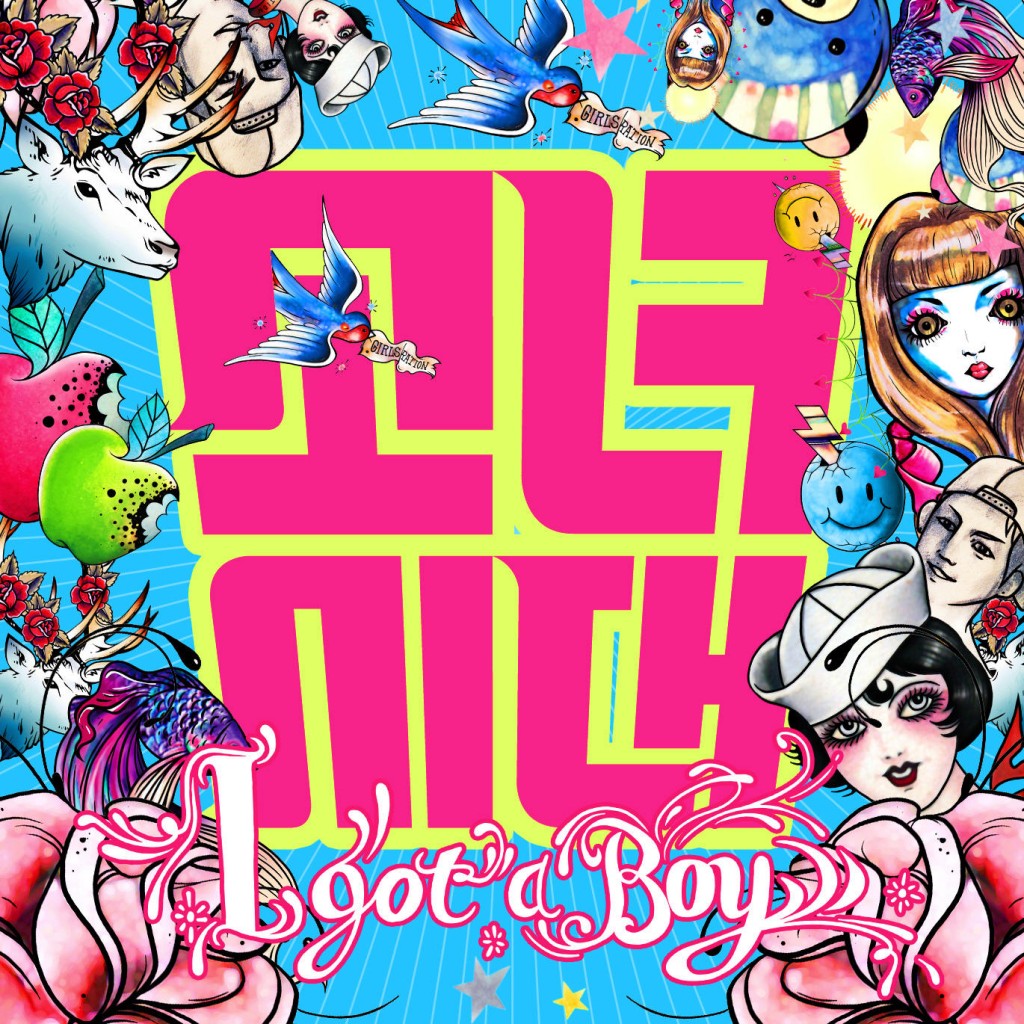 The Girls’ Generation experiment continues. Now, before I say anything else, it’s important to note that SM Entertainment’s experimentation regarding SNSD has been more thematic than musical. The point of The Boys (2011) and its lead single was a break in concept, abandoning the old spectrum (which went from cute appeal to seductive appeal and not a whole lot in-between) for a more attitudinal and multidimensional approach. Questionable lead single aside, I thought that was a fairly well-done album.

Looking at I Got A Boy, one thing is immediately clear: SM isn’t interested in reverting this group back to pre-2011 form. So it won’t do us much good to try and reference anything from before The Boys. Instead, this album tries to build on the new direction laid out in its predecessor.

For one, the titular lead single is turning out to be another controversial one – maybe not as much as The Boys, but pretty close. It keeps the hip-hop motif while trimming down the aggressive attitude and adding a sort of narrative. I say “sort of” because these lyrics seem more focused on impression than coherence. But we’ll return to this in a bit.

Structurally, I Got A Boy is the same kind of multi-track mashup trotted out before in SHINee‘s Sherlock. Whereas that track was compiled from two source tracks – Clue and Note – this one has at least three apparent sources. The first and least notable serves as a hip-hop base intro for the first twenty seconds, the second heavy-handed rhythm handles the verses, early hook, and bridge, and the final sample serves as backdrop for the main hook and chorus.

Because there are still only two real samples being used (excluding the intro), I Got A Boy is not as complex a song as it seems on first listen. What exacerbates that impression is the abruptness of the transitions – a clear departure from the Sherlock approach. The first break occurs at 1:33, when Tiffany helpfully cues that she’s about to “put it down another way.” The ringing piano and heavy-texture beat pauses, Tiffany talks, and suddenly a leaner and speedier synth loop kicks in. The next time it happens – 2:23 – there isn’t even a warning before the heavier beat again slows down the song. After a couple more of these, Jessica becomes our final helper, literally cuing “let’s bring it back to 1:40” before another abrupt shift.

Consider the fact that there are numerous submelodies and motifs being developed within each of these sections as well, and it’s easy to see why this is such a confusing track. These mostly feel like smokes and mirrors, however, shrouding the fact that the core melodies here are not that interesting. These transitions and devices do make I Got A Boy more complex, but add little in substance. The heavy-tone accompaniment and the bouncy drum-and-bass that fills the gaps in that section are the most promising elements, but it’s overshadowed by a chorus is not only melodically bland, but also accompanied by the weaker sample.

That chorus also caps an ineffective lyrical outing all around. I Got A Boy’s lyrics are quick-firing, frenetic, and casually thrown out. It’s framed as a group of friends excitedly discussing one of their own’s new relationship; narrators shift from time to time, girls chime in all over whenever someone says something, and it’s all supposed to be controlled chaos.

Unfortunately, it’s poorly executed. I will say that there are good ideas here – the back-and-forth dynamic where Yoona poses a question about showing her no-makeup face, Hyoyeon responds, and Yoona agrees emphatically is something that I’d like to see more often. But the needlessly incoherent narration, contrived randomness, and uninspired diction hurt the song more than make it unique, placing it several notches below the unorthodox works of F(x) and the like.

So I’m not real high on I Got A Boy as a song, but I will allow one caveat: the music video is a different experience altogether. Coupled with the visual medium, the song’s theatrical elements and rough transitions come to life, and the choreography (which, in my unprofessional opinion, is among the best out of recent K-pop) make the track’s limp sections a little more engaging.

And perhaps that’s what SM was shooting for. This song, like those of Super Junior and TVXQ of late, is almost meant to be paired with visual performance. I Got A Boy – just like Sxxy, Free, & Single, Humanoids, and The Boys – is missing a fundamental piece when it stands alone.

That may be an okay direction for a lead single. And the reason that I liked The Boys (the album) was not because of the incomplete lead single, but because its selection of electropop tracks was exceptionally strong. Problematically, this time the rest of I Got A Boy (the album now) is generally lackluster as pure music.

The ballads of I Got A Boy again seem like filler, ranging from easy-listening Baby Maybe to almost-jazzy Romantic St. but not offering much in the way of emotional engagement or memorable moments. Lost In Love is the best of the bunch, achieving a little novelty with the bells and duet structure but ultimately settling for predictability.

The dance pop fares a little better. Talk Talk, a Korean re-skin of the group’s Japanese single Boomerang, brings some needed chic and elan, while Dancing Queen has some comparative kitsch fun in it if not the same soul of the Duffy original. But the only true killer track, and the only one that matches the achievement of last album’s Telepathy or Trick, is Express 999. With a retro soundset and rousing melody befitting the title (and a little reminiscent of F(x)’s 아이 (Love)), Express 999 is another fine addition to composer Kenzie‘s portfolio.

Given all this, it’s difficult to see I Got A Boy as a significant improvement upon The Boys. Of course, there is significance to be found if you’re looking hard: SM’s still willing to do new things with its flagship group, as is apparent here, and that familiar SM polish makes the sound as clean as anything. SNSD also continues to undergo an interesting member role shift as former lead vocals like Jessica and Taeyeon give way to a more fluid vocal distribution. (The rapping is still an issue; like I said last time, if SNSD isn’t going to run with a dedicated rapper, they may as well can the rap parts.)

But these are silver linings in a mostly cloudy album outlook. I Got A Boy (the song), while perhaps better than The Boys (the song), is not really impactful, and the rest of the album grades out at just decent. We know what the baseline of SM Entertainment’s groups is. That’s enough to keep people (including me) always interested in what SNSD is coming out with, and it’s unfair to expect F(x) and SHINee from this team. On the other hand, I do think the group’s ceiling is higher than this. Fortunately, as I said, the Girls’ Generation experiment continues.