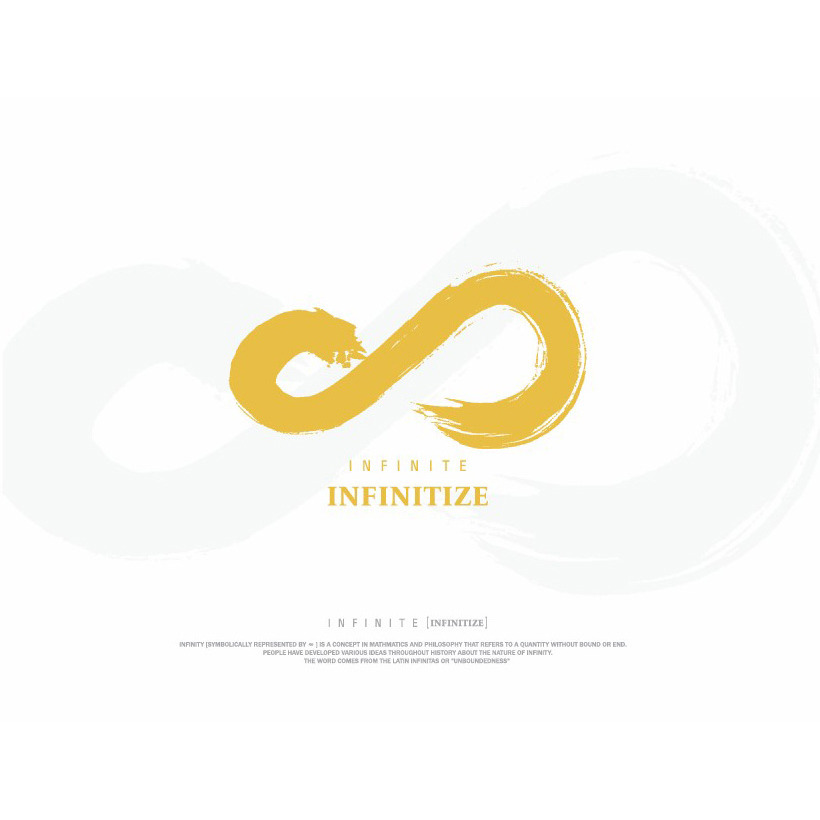 SHINee did their thing earlier in the year. Two months later, Infinite returns fire. Yeah, I know there isn’t an actual rivalry or anything going on here – if anything, I’d expect the two groups have a lot of respect for each other. Still, when you consider the fact that these two are the most consistently well-reviewed boy bands on the scene, it’s hard to avoid at least a bit of comparison. Now, Infinitize doesn’t try anything fancy like Sherlock‘s hybrid gimmick; structurally, it’s a run-of-the-mill, balanced EP. Compared to the SHINee effort, this album is more clearly meant to be a stepping stone. Something to fill the lull, to take a breather between major releases.

You wouldn’t know that from just the lead single, though. Sweetune reached into its best bag of tricks and pulled out 추격자 (The Chaser), an electropop number in the familiar high-octane mold that this team likes so much. On the one hand, The Chaser faithfully follows the conventions we’ve come to expect from this duo’s recent work. No mainstream composer today uses brass samples quite like Sweetune does; the same brand of back-beat staccato brass that trademarked Kara‘s Step returns here, and although it’s used only in the choruses, it reconstructs much of that song’s heady energy and elation. The faintly retro soundset is a watered-down version of what appears in F(x)‘s 아이 (Love), and parts of the drum sample is almost identical to the ones used in Love. The buzzing electric guitar is a relic from Rainbow‘s Mach, among others. Throw in the breakneck speed and singalong chorus, and we have a complete gift set for the Sweetune enthusiast.

While that’s the overwhelming impression, there is nevertheless some new paint on these walls. The Chaser‘s chorus is inspired by Korean folk music, and the melody is crafted to be just familiar enough to native listeners while being delectably addictive. Paired up with the brass backing and chorus of seven members, this refrain becomes downright explosive. As if that wasn’t enough, the second and third occurrences of the refrain achieve additional impact by leading with a lighter iteration (performed well by Sunggyu and Woohyun, respectively) before expanding out fully. In both design and execution, this is some of the best sound you’ll hear from any idol group on the scene right now.

Lyricist Song Su-yoon picks up the folk-music theme and uses that genre’s language to some extent, and although it’s no more than a couple lines in the chorus, those lines do make the song sound a bit more unique. (The folk-inspired interjections are cringe-worthy, though. It’s not a good idea to begin with, and Sungyeol and L have no answer as to making that sound anywhere near natural.) Also notable is how Song refuses to recycle lyrics – for a dance track, The Chaser has very little repetition.

After that sucker-punch of a lead single, the EP becomes much more pedestrian. There’s a real disconnect between The Chaser and everything else. Sleek pop-ballad Feel So Bad is the only track that stands apart, but mainly through devices such as dramatic but terse piano samples and a theatric vocal intermission between verses rather than strength of performance or overall composition. Sweetune’s downtempo compositions, 그 해 여름 (That Summer) and 눈물만 (Only Tears), are decent, but played suffocatingly safe. M.C. The Max member J.Yoon does the same thing, although I want to note that 90s-style ballad With… is the last thing I expected him to write. At least there’s no genre overlap; from heavy-handed ballad to summer-minded party track, this is pretty much as many shades of pop as you can portray in a seven-track release.

And that’s how, even considering its position, Infinitize becomes average to a disappointing extent. Last year’s Over The Top was so well-rounded, filled with so many quality tracks, that this EP’s sudden blandness feels jarring. If Woollim Entertainment was going for a “loose” album, they could at least have used this opportunity to attempt some new things – perhaps bringing in completely new composers to complement Sweetune, instead of relying on that team and J.Yoon again, or giving Infinite members some more free reign musically. The Chaser is great, but Infinitize feels like an overly cautious release that neither addresses Infinite’s viability outside of Sweetune (a real concern) nor taps very far into the band’s potential.