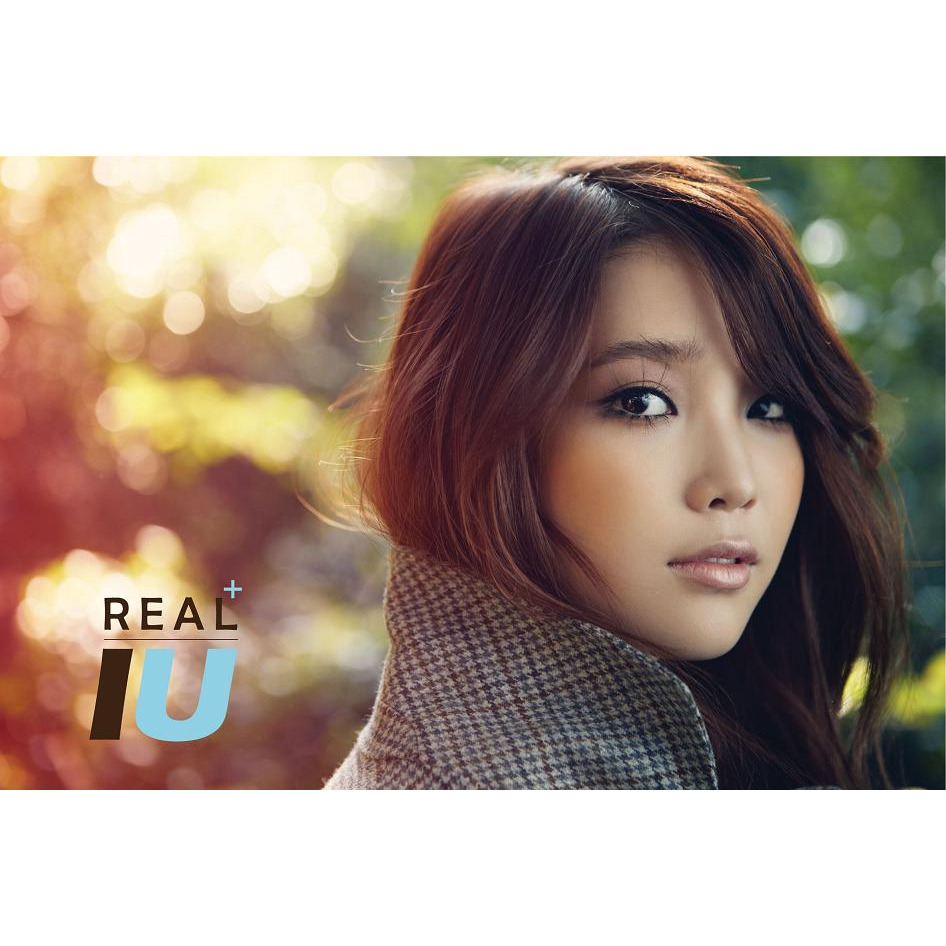 Seldom does an artist come along with more potential than IU had upon her 2008 debut. Since then, this young talented artist has met everyone’s wildest expectations in terms of commercial success.  She enjoyed a breakout year in 2009, and then in late 2010, she cemented her place among the most popular echelon of Korean artists with her third EP Real.

Still, it was glaringly clear that her success was founded upon a different style of music than that which made her debut so promising.  While hits such as Boo, Marshmallow, and “좋은 날 (Good Day) are all great tracks in their own right, they tend to exhibit a mere shade of the enormous power and musical prowess that IU wielded back in 미아 (Lost Child) and her other early work. The fifteen-year-old girl who once belted and whispered her way into the ears of astonished critics seemed all but forgotten.

IU’s most recent album Real+, however, shows that neither the artist, nor her label, has lost sight of what sets IU apart. Real+ is one of those non-traditional repackage albums that work more like a single, containing two new songs, and a different version of one of the new additions. What’s more salient is the nature of the songs themselves. None of the tracks are of the teen pop genre that has become IU’s trademark; instead, we find a collection of ballads.

The title track 나만 몰랐던 이야기 (A Story Only I Didn’t Know) opens with austere bells and keeps that tone throughout its duration. Throughout the track, composer Yoon Sang leaves a lot of room, with only a handful of instruments contributing, and IU fills in the blanks with a tightly tempered, tenderly sorrowful performance, reminiscent of the styles of ballad greats Lee Sun-Hee and Lee Soo-Young. The other version, recorded solely with jazz pianist Kim Kwang-Min‘s accompaniment, accentuates those emotions sans the explosive climax.

The followup track, 잔혹동화 (Cruel Fairytale), is by far the most radical departure from the IU of old. It is a grandiose, haunting waltz, atop a heavy-handed beat that overpowers the listener as IU plays the part of princess in a twisted proverbial fairytale. It’s certainly one of the more novel experiments that a mainstream artist has undertaken recently, and it is a risk worth taking.

Alas, the EP is not free of qualms. Make no mistake, Loen Entertainment did a great job of pairing up its young star with these tracks. The production team couldn’t be better.  The aforementioned Yoon Sang and Saintbinary wrote two extraordinary tracks that walk a good balance between innovation and stability.  Kim Kwang-Min’s participation lends gravitas to IU’s image and lyricist Kim Yi-Na’s lines are as incisive as they are creative.

But that’s where the problem arises. Amidst all that is going on, IU is unable to assert herself. In none of the three songs does IU truly impose her will on the track and make it her own. This issue is most apparent in Cruel Fairytale, where her performance, while strong and poignant, still takes a back seat to the instrumentation.  As a result, the track falls just a bit short of being a genuinely chilling tour-de-force, of having that nightmarish, haunting aftertaste. Artists like Lee Sun-Hee and Lee Soo-Young, mentioned above, are great singers because of their ability to take one any kind of song and make their presence known. This is not an easy thing to do.

Still, Real+ is a good place to start. IU has already shown that she’s more than capable of excelling at any genre, be it trendy pop, modern rock, R&B ballad, or any hybrid of them. In making her return to the realm of traditional ballad, she’s also shown that she knows how to fix flaws. For example, some critics once pointed out that IU’s vocals needed to get more ‘honest’ and trim out unnecessary undertones and nuances when the song calls for it. That’s exactly what she’s done in A Story Only I Didn’t Know, and it really shines.

With the EP selling well and still dominating the charts well into its third week of release (as of time of writing,) Loen now knows that it can pursue a different musical style with IU and still be successful. The future looks bright for this immensely talented seventeen-year-old, and her potential is only beginning to blossom with Real+. It’s time for IU to take center stage–not only in the Kpop scene, but in her own music as well.