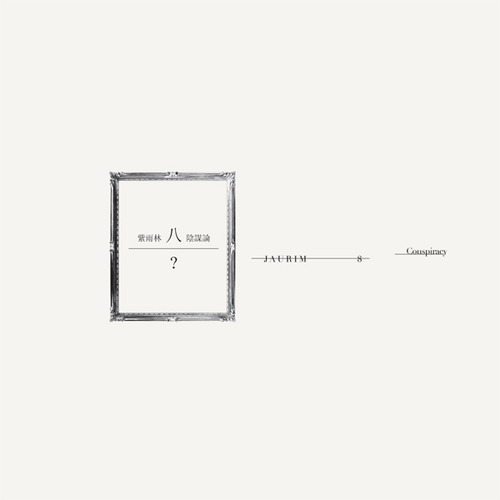 Jaurim‘s albums come in two flavors: irresistibly happy-go-lucky and funereally depressing. And the band more or less alternates between these: its odd-numbered albums have generally been of the former variety, and the even-numbered ones the latter. Then 陰謀論 (음모론) (Conspiracy Theory), being Jaurim’s eighth studio album, should have listeners getting ready to order a large amount of antidepressants, right? Amazingly, no – and that’s where the unexpected developments start, in this latest effort from one of Korea’s most successful modern-rock bands.

In terms of that mood spectrum, Conspiracy Theory is much closer to that happy-go-lucky end. With a few notable exceptions, its sounds are generally bright, its melodies pleasant, and its lyrics uplifting. It doesn’t have the pomp of 2008′s Ruby Sapphire Diamond or its lead single, Carnival Amour, but it sure isn’t anything remotely like Ashes To Ashes or even older works. That may be a good thing – this band has shown narcissistic tendencies when its music descends all the way down, shall we say, the stairs to darkness. That kind of gloom for gloom’s sake, combined with Jaurim members’ sometimes excessive hubris, is what made this band so unpopular with a lot of critics in the past. Not burdened with such dreariness, Conspiracy Theory sounds much, much truer and less pretentious; in that way, it continues a positive transformation started in Ruby Sapphire Diamond.

Not surprisingly, Conspiracy Theory sounds a lot softer than anything before. That change is nowhere more apparent than in lead single Idol. The very first thing you’ll notice is Kim Yoon-ah‘s voice; her ability to handle wildly different vocal tones is well-known, but that doesn’t make it any less jarring to hear a normally powerful, grounded vocalist sounding like she just drank helium. Yes, she’s done this before, but if you thought Kim sounded like a child in The Ha Ha Ha Song, try Idol out. I’m a fan of Kim Yoon-ah, and sincerely believe that she’s one of the greatest vocalists in Korea, but this is a bit too much for me. Admittedly, it’s not a bad fit for this track – upbeat, speedy, a little bit of Hey Hey Hey mixed in. The song finds a groove very quickly with the bouncy piano and doesn’t look back once the rest of the band kicks in. The song really is a genuinely bright one; the lyrics really are about the wonderfulness of our tendency to dream and hope, with no subtle messages or social commentary hidden underneath. (Some read the lyrics as a veiled criticism of idol groups while others read it as praise for them, but Jaurim’s said that the whole idol thing is just a metaphor.)

Idol isn’t the only feel-good song on Conspiracy Theory, but all the others have some sort of spin on that basic theme. 혼자가 아니야 (Not Alone) features the thoughts of a single woman seeking her future lover, along with a quirky melody and warm atmosphere right out of a romantic comedy. 답답 (Frustrating) has an energetic, riff-driven beat (yes, it’s a beat), but with a twist: the lyrics aren’t all that happy, written from the confused perspective of a person unwilling to listen to or understand others. As a result, the carefree chorus, singing “It’s so weird, they’re saying something to me // What is going on? // It’s so weird, they just keep laughing // What is going on?”, is also chilling. A similar layer of intrigue lies in from:[email protected] to:[email protected] (tell me you didn’t just do a double-take at that title), carrying a woman’s bluntly candid message to a former lover; even as she asks for forgiveness from the man that she hurt, she says “Actually, to be honest I don’t like that // Don’t meet anybody else”. Snowdrop, the under-two-minute closing track, is constructed with a minimalist sound set and urges for peace and harmony.

Now, when Jaurim wants to do their social commentary, they do it overtly. Were you wondering why this album is called Conspiracy Theory? Third track EV1 should clear that up a bit. The EV1 was a landmark electric car designed by General Motors in the 1990s, eventually recalled and discontinued by GM under controversial circumstances. The gist of the speculations is that GM was pressured by the oil industry, which didn’t want efficient electric cars on the road, to kill their own creation. Kim Yoon-ah tells that story before expanding the idea, lamenting society’s eagerness to sacrifice others for its own good: “People sometimes cry the name of God // As they commit murder in hatred and incomprehension // The misery of others, the pain yet to come // Is not mine, so nothing to worry about”. But EV1‘s message shares the spotlight with its instrumentation: the austere, analog beauty of its piano/acoustic accompaniment is a serene retreat, both in general and from the rest of this album. My one caveat with this song is Kim’s performance – the heavy melisma in her chorus feels excessive and detracts from the track’s atmosphere. With a more restrained, dry vocal track, EV1 could have been amazing. Kim is usually pretty good with this kind of thing (and again, I think she’s one of the best vocalists the country has to offer), so this is perplexing.

Peep Show pours the vitriol on mass media, criticizing the “sweet lies” of TV and newspapers, with which “oily faces and greedy, unfocused eyes” can bribe and pressure their way into “biographies and fairy tales”. In a shift away from the majority of the album, its instrumentation is dramatic, through bombastic melody and dizzy intermission alike. Speaking of dramatic things, the band takes it to theatrical levels in the album’s darkest track, Red Rain. If Not Alone is the romantic comedy, Red Rain is the film noir: it has a lot of interesting devices, like the swing-band melody and disturbing embellishments (which include a woman’s panting and off-key synth sounds), that help tell the story of a tired, despairing murderess who kills her cheating lover. You can practically hear the rain that washes her victim’s blood away. Kim is tremendous here, singing with the perfect mix of vulnerability and madness.

No Jaurim album is complete without some kind of vanity-of-life message, and Happy Days provides that as a more serious version of 2004′s The Ha Ha Ha Song. Dreamy ballad꿈에 (In Dreams) and sweeping orchestra-rock piece 피터의 노래 (Peter’s Song) round out the album; the latter is very interesting, not only in its topic (essentially, what happens when Peter Pan – or any of us – gets older and disillusioned with life?) but also in the musical approach. It’s the album’s only song that takes a truly large-scale approach to evoking emotion. Its melody is drenched in intrepid strings, its structure epic, and as a result, its spirit indomitable.

But remember, Peter’s Song is the anomaly here. Conspiracy Theory, on the whole, is not so filled with gravitas, which is to say it’s less forced. I don’t think anybody expected this from Jaurim’s eighth album. Yeah, there’s that whole happy versus depressing thing, but the last few releases have all been very intense in one of the two extremes – sometimes with undesirable results. I’m not saying that this album is lifeless; far from it. It’s more like as if an opaque layer, the thing that’s been suffocating this band’s music under the weight of unnatural intensity, has been removed. Conspiracy Theory has its fair share of problems, but the benefits of eschewing that older mentality far outweigh the costs. I’d been thinking that all I wanted from this band was more of Magic Carpet Ride and more of Glory To Youth. After listening to this album, never mind. Proceed, dear Jaurim.