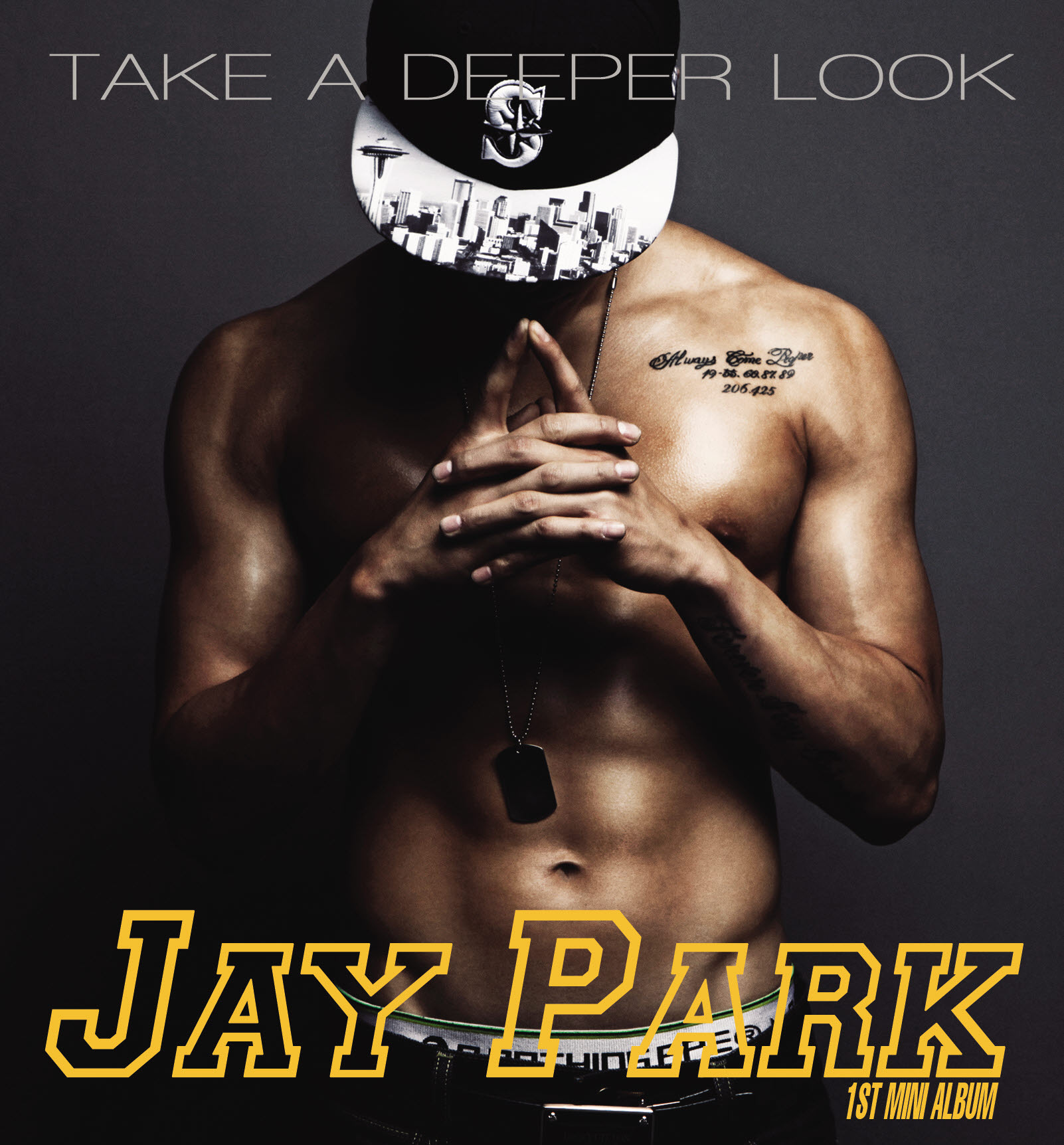 By Jung Bae | May 11, 2011
FacebookTwitter
SubscribeGoogleWhatsappPinterestDiggRedditStumbleuponVkWeiboPocketTumblrMailMeneameOdnoklassniki 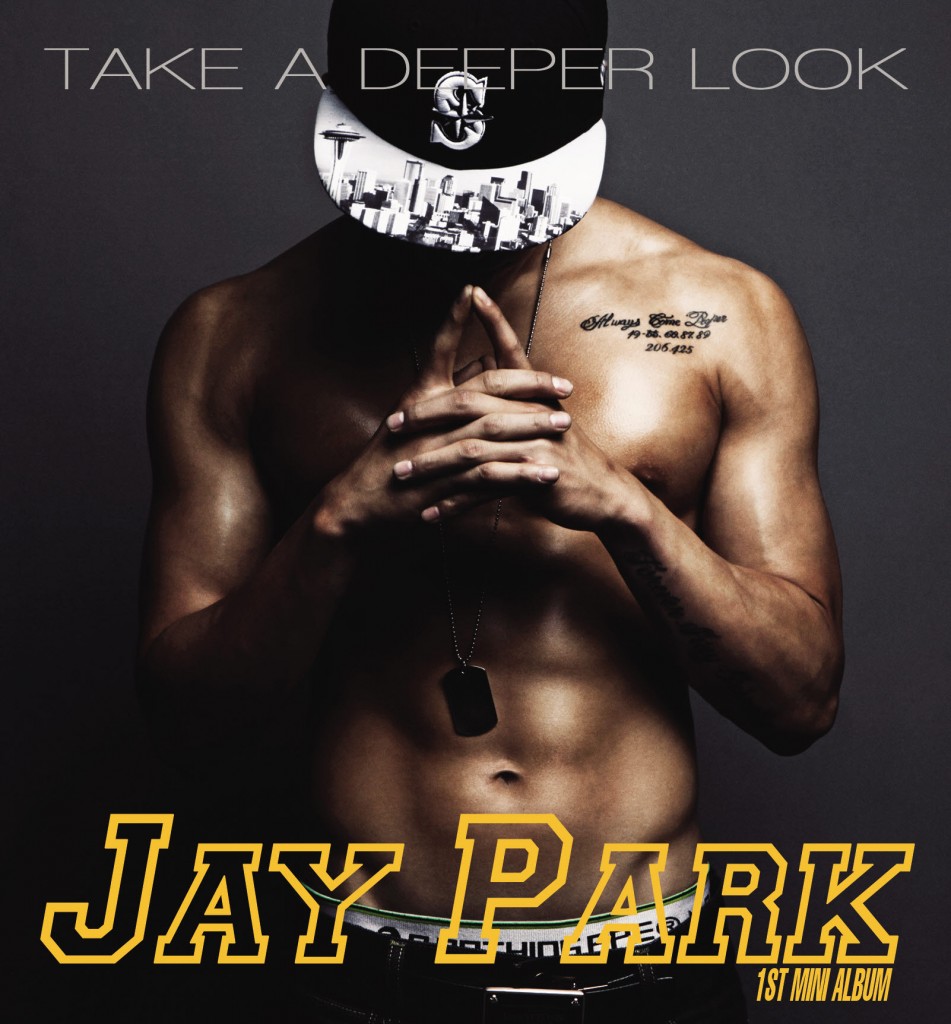 Jay Park is a rare talent in terms of versatility. He’s got a solid vocal tone and singing prowess, high-octane rap skill, excellent dancing, good composition and lyricwriting–he’s the full package. As with a lot of other artists like him, Jay Park’s future success probably depends on how well he can polish all that still-raw talent. I feel that that process has just barely started; in the last few months, he’s shown an incredible level of progress, something that we couldn’t notice during his 2PM days.

I got one distinct first impression off of Take A Deeper Look, Park’s first solo EP. It’s one of an unbridling. Every aspect of this album screams of that certain freedom: of an artist who’s never really had a chance to show off what he had to offer, who’s finally able to do so now. Take A Deeper Look fits squarely into the R&B pop mold, but Park covers a lot of different nooks and crannies of that big genre. In his eagerness, or perhaps just overconfidence, he tries to do it all and do it well in his rookie release; this is usually a recipe for disaster, but it’s a pleasant surprise to see that the twenty-four-year-old gets it, and has actually produced a pretty good pop album while at it.

The album offers a tasteful selection of diverse themes. Opening track Touch the Sky is an attention-grabber, mixing a sumptuous, jazzy brass beat with crisp rapping. It sounds like Jay Park took a little beat philosophy from Kanye West here; the instrumentation and general feel is distinctly familiar, and the female vocal sampling, although a lot more limited, is especially reminiscent of Devil In a New Dress. (Musical tidbit: Kanye also released a song called Touch the Sky back in Late Registration.) The Quiett, who co-composed the track and is credited by real name Shin Dong-Gap, also makes a welcome guest appearance on it, dropping a 16-bar in his characteristically assured tone.

There are a couple slow-jam R&Bs in 너 없이 안돼 (Can’t Do Without You) and Don’t Let Go. The former feels a little jarring, perhaps because Park sounds very unstable in the chorus. It may be intentional, but he’s probably better off sticking to his more grounded tone, even for effect. Speaking of effects, though, there’s a moment in the track where Park’s bridge transitions immediately to a quick rap verse. It’s edited to be seamless, but the effect of the abrupt change in vocal tone is still marvelous–especially when you consider that it’s the same person performing both. Don’t Let Go is slower and more austere in instrumentation, and Jay Park’s vocals do get it right this time. This is the type of R&B that Park Jin-Young (or JYP if you prefer that moniker) has been striving to produce for years. What stopped the elder Park from getting there was his vocals, but his former student has a tone born for this kind of thing. Judging by the natural ease with which Jay Park finds a groove for this track, it’s not difficult to imagine some Trey Songz fare coming down the pipe in the future.

Balancing out those tracks is a pair of uptempo pop tunes, 오늘밤 (Tonight) and Bestie. Tonight is similar to the Taio Cruz brand of electropop that’s been trending globally for several months now; it’s solid, but really doesn’t have much engaging features and probably drops as the weakest track of the EP. Bestie, which we’ve heard as a single before, is much more interesting, featuring a clean, dynamic mix of instrumentation and a deliciously performed chorus. Even though it’s not a ballad, Bestie actually captures Park’s vocals at its best, as it twists and belts along the melody line; it almost sounds improvisational. He’s audibly riding the beat, which makes the melody’s accents sound natural.

Lead single Abandoned is a combination of those slow-jam and uptempo styles. It doesn’t quite reach the level of Don’t Let Go or Bestie, though; the track is a bit messy. Abandoned changes tempo several times, and while this is at least novel, the effect unfortunately comes across as gimmicky. The trick doesn’t contribute much to the coherence of the track as a whole. The beginning is actually very auspicious: a gloomy orchestra leads into a temporary instrumental void, as Park leads the melody along with pure vocal strength. As the verse progresses, tracks add in and the instrumentation becomes exponentially complex in seconds; the storm-like buildup methodology used here is admirable, and the subtlety more so. Most likely in an effort to continue this effect, the chorus shifts tempo, adds drums, and underlays a double-track melody. This, I think, isn’t the best decision. While logical and clever from a technical standpoint, the result is simply not good on the ears. A better effect may have been achieved by just continuing the feel of the opening verse and omitting the distracting double-track. As it is, the chorus simply sounds frivolous, and it takes away from the gravity of the rest of the track. Still, the spirit of experimentation is always laudable, and the track’s quality in general in addition to Dok2‘s rap put Abandoned in a class above most electropop tracks. (Speaking of which, Jay Park was the featured artist in the lead single to Dok2′s album Hustle Real Hard, reviewed recently. Considering The Q’s involvement in Take A Deeper Look, Park seems to have formed a productive relationship with the fellows at 1llionaire Records.)

The EP is nearly flawless in technical terms, as well as instrumental: there’s very little that’s not to like with the top-notch engineering work of the production crew, which includes such names as Tony Maserati and Cha Cha Malone. (And Jay Park himself, of course). Delivery and performance is generally solid, as described above. However, there’s one area that is a serious deficiency in Take A Deeper Look: lyrics. Now, Jay Park’s Korean is still developing, and he did way more than what most would expect of him by writing or co-writing all seven tracks on the EP. So it’s understandable that the lyrics aren’t always up to snuff, but when they’re bad, they’re really bad.

Take Level 1000, for example; it’s the only true rap track in the album, and the imposing, swagged-up beat is more than worthy of that title. But Jay Park nearly shoots himself in the foot with his verse here. Simplistic rhymes and vocabulary is, again, understandable; but when a verse verges on the random (the bit about Italian food is humorously unfitting) and the childish, that’s not so good. Of course, Jay Park is a very good rapper in English; his cover of Lil Wayne‘s 6’7′ was lyrically refined and fiendishly clever with the punchlines and rhymes. (The delivery could have used work, but that’s for another time.) That’s a double-edged sword for him, though, when he writes verses that would sound great in English… in Korean. Consider the following example, again from Level 1000:

This is really awkward. There are prepositions in weird spots, inappropriate diction, unnecessary pronouns, and choppy flow. The problem is that Jay Park is essentially translating, and trying to word things in ways that isn’t the convention in the Korean language.

What he meant to say was:

There’s only one Jaebum Country on my map
If you’re living there you’re all in danger too
I killed this beat, so say a prayer for it
Then find the composer and give him some condolences

Rhyming and other direct-translation issues aside, this is a reasonable verse, appropriate to an American way of rap and speech. When forcefully translated, without anything done to alleviate the rough edges, it makes Jay Park sound like a wack rapper–which he’s not. Compared to Dok2′s verse on this track, the differences become even more pronounced. And really, this is an issue that’s pervasive throughout Take A Deeper Look: a lot of Park’s rapping in the EP make him sound bad, especially with established lyricists like The Q and Dok2 helping out. Fortunately, this is a problem that will be fixed as Park’s Korean and his technical delivery improve. And he could always bust out a highly polished verse or two in English. But for the moment, it’s a distraction in tracks like Touch the Sky and something more serious in Level 1000.

Take A Deeper Look had that pretty unique first impression. It leaves a pretty unique lasting impression, too: I have not, in recent memory, looked forward to an artist’s next album more than I’m looking forward to Jay Park’s next one right now. Take A Deeper Look achieves its purpose, which is to get Jay Park’s name back out there and in a new light: as the nation’s up-and-coming, premier solo male artist. There’s a lot of good music in this EP; there’s even more potential. Most promising of all is the way that Park seems to understand the music that he’s working with: for this guy, it seems instinctive. He’s truly in tune with the music that he wants to make. Jay Park’s talent will only mature, and his savvy in the art of production will only develop, from here on out. There’s plenty to look forward to when you do as he says and take a deeper look at Take A Deeper Look.