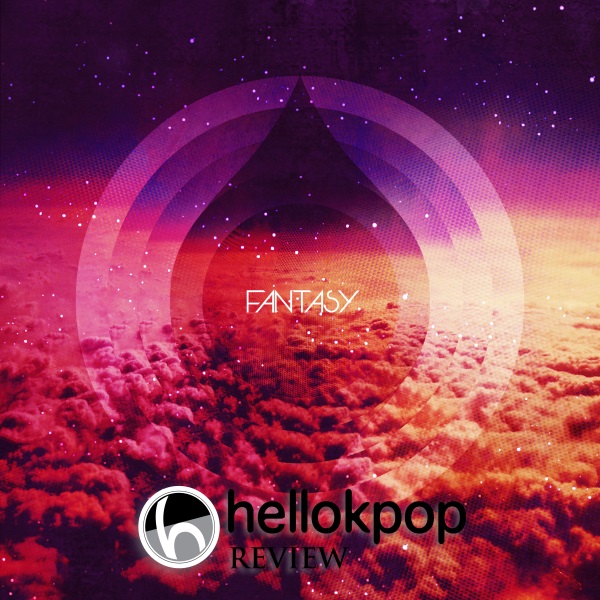 Well, we know Jinbo‘s Fantasy is getting at least one end-of-the-year award in 2013. That’s a beauty of a cover, right there. It also happens to nicely capture what you can expect out of the album itself: sleek, imaginative, borderline escapist. Jinbo cemented his status among the country’s elite producers with last year’s KRNB, as if 2010’s Afterwork wasn’t convincing enough, and he focuses more on smooth electronic rhythm and blues, as well as sensuality, in this sophomore album.

The instrumental polish is again the most powerful asset of Fantasy. The album is almost completely synthetic, and although it’s a lot more vibrant than KRNB with its mostly subdued design, it’s still not as rich as Afterwork with its breathtaking amalgam of historical urban music. Lest we’re comparing apples to Alphonso mangoes here, Fantasy is more than satisfying the way it is. Pure instrumentals like Neon Pink Ocean and Reboot My Universe are ambitious, evocative numbers with colorful and complex instruments and wonderfully unpredictable progression. Elsewhere, the synth-and-drum-heavy backdrops feel appropriately weighty and punchy. In particular, Tape It Slow Baby, a supercharged version of the 2011 single, has one of the best R&B beats in recent memory, creating a sense of huge volume with an ascending loop, thickening synths, and choral clips. You’d be hard-pressed to find better quality all year long.

When a song on Fantasy sounds bland, the issue is with composition itself, not the arrangement (that would be tracks like Traumatic and Delete It Deal It). The majority of the album resides in a happy middle between these and Tape It Slow Baby, with lead single Fantasy providing a tasteful rhythm to accompany the unflinching innuendo and Cops Come Knock and Be My Friend following suit. The bass is deep, sequencers hypnotic, strings passionate, and atmosphere heated. This mood and the stories it spawns are more or less the core of Fantasy; it’s not a particularly deep one, but then again the focus here is not on narrative. To his credit, Jinbo talks quite a bit through his instrumentation – the soft bells of Cops Come Knock are a lot more expressive than many lines of lyrics would be.

Where there is actual singing, Jinbo does it all himself and, as always, he is more than capable of owning up to his production. His light, laid-back delivery fits the seductive tunes just fine. It does get monotonous rather quickly, but fortunately the man knows when to punctuate, spacing out the pure instrumentals and guest appearances as appropriate. Swings puts in another solid performance in bouncy It’s Over (if a little pedestrian for his standards), and an LA-based rapper named Jet 2 appears with some charisma. Like the guest list itself, the performances are generally low-key and secondary to the instrumental dazzle.

In that regard and more, Fantasy doesn’t feel like it makes definite progress from Jinbo’s previous work. I do wish it had more avant-garde moments like U R (2010), and I think it could have been a brighter gem if that was the direction it had taken. The lack of a coherent narrative to tie the tracks together is another missed opportunity, given the potential scope of the instrumentals. So it’s no Afterwork or Why We Fail, but that is no shame; Fantasy is a very strong sophomore effort that explores the electronica side of Jinbo’s skill set a little more. I suppose a little indulgence can be a good thing for musicians. And as far as indulgences go, this is a sumptuous one.