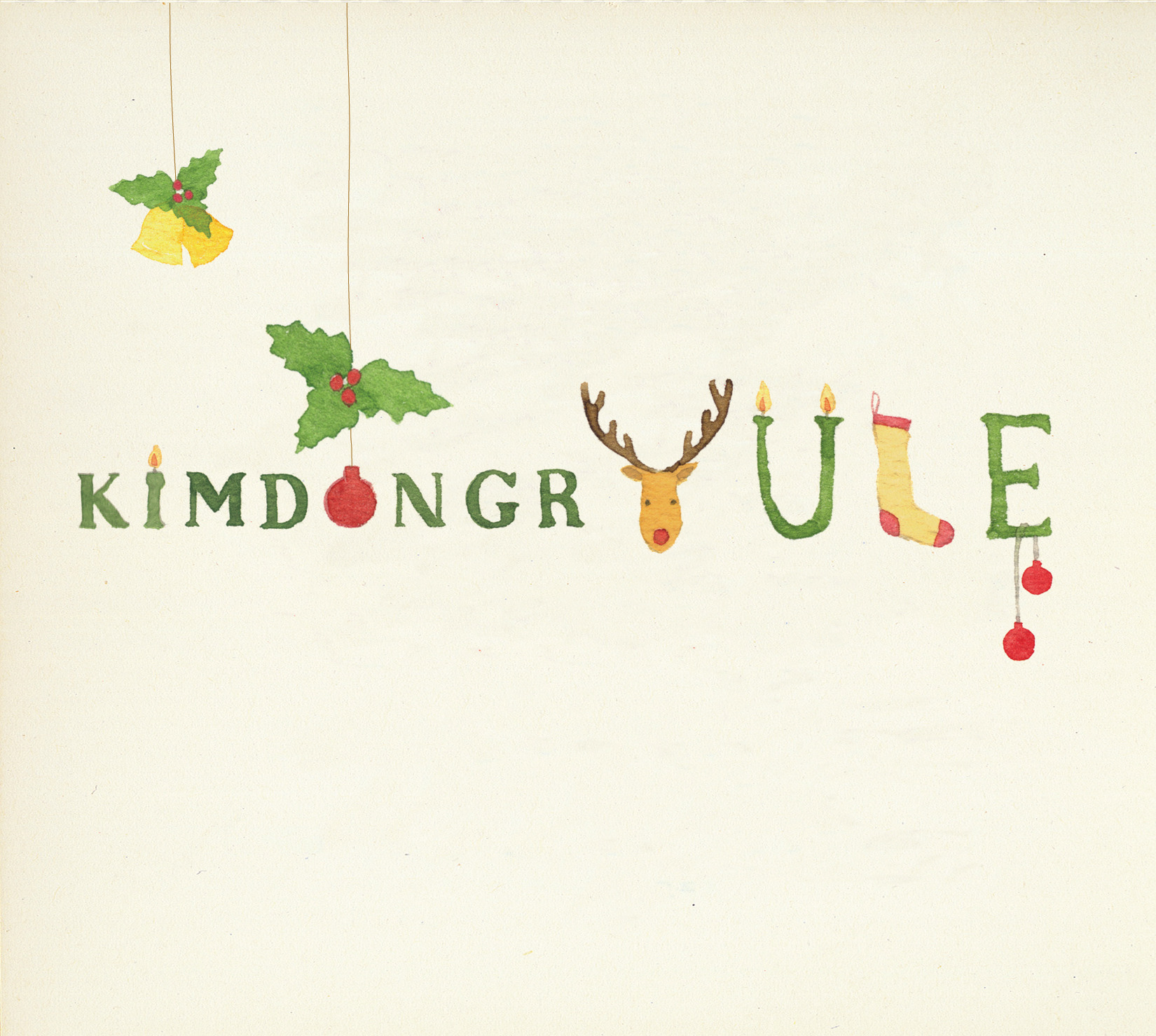 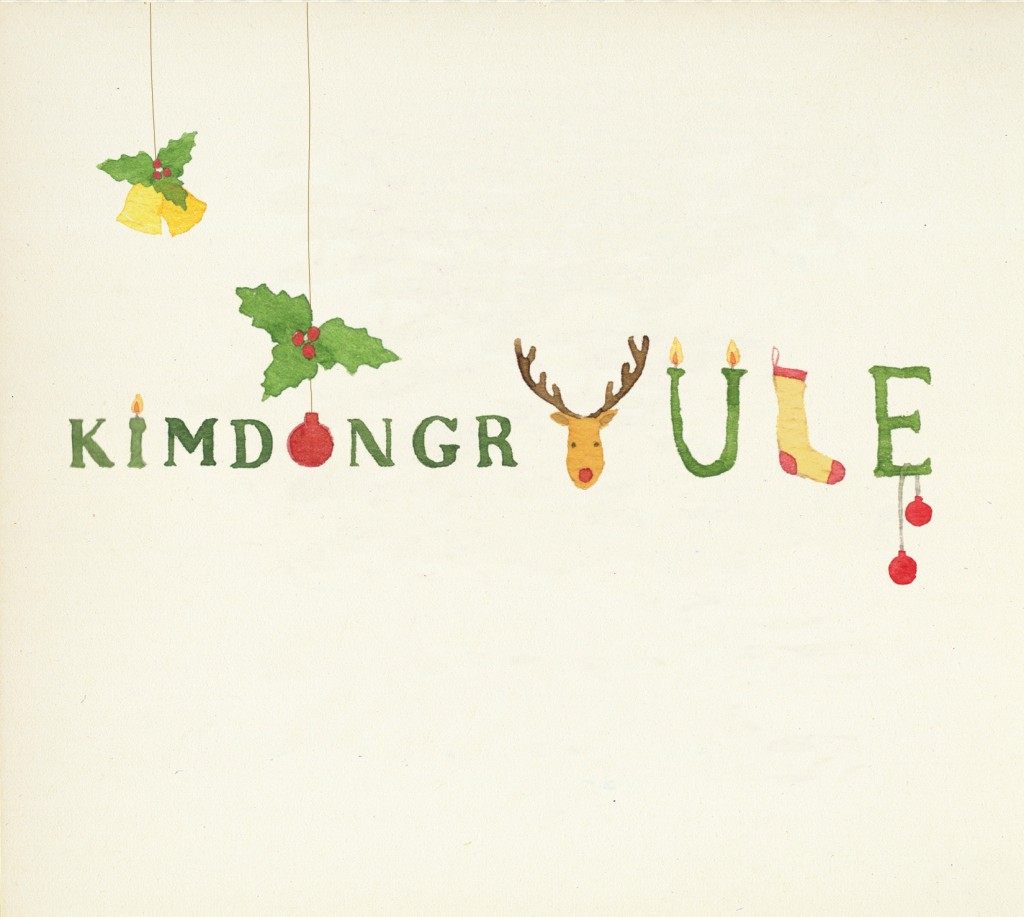 ‘Tis the season, and the music scene will have you know it like no other. I’ve already lost count of how many Kpop artists – mainstream and indie, old and young, groups and individuals – have taken part in the annual December wave of releasing holidays-themed music in the last couple weeks, and there will only be more to come. In particular, Kim Dong-ryul was ahead of the curve this year: not only did his holiday release, puntastically titled KimdongrYULE, come in mid-November, before pretty much anyone else, but his is also a full-fledged Christmas collection that also doubles as a regular studio release. This is always a cool concept, and while they’re fairly rare (Park Ki-young released a similar concept album last week, but she’s the only other one so far this year), these collections tend to draw more attention. Especially so when the artist is Kim Dong-ryul, one of the most consistently high-selling ballad artists in the land.

KimdongrYULE tries to catch two birds with one stone. As Kim himself says, this is the culmination of his decade-old goal to make an authentic Korean winter album. But in a more subtle way, the album also tries to be a collection of good ballads in their own right. In other words, it blends the line between purely functional music and pop music, and brings both under its wings. That much is evident even from the album’s composition: while most of its eight tracks are indeed carols or similarly holiday-themed, a few – including the lead single – have nothing to do directly with Christmas. But more on this later.

On the yuletide-celebration side of things, KimdongrYULE is as close to seminal as it gets. Kim’s soft, sometimes jazzy style of composition and arrangement, which uses a lot of sounds like electric piano, gentle strings, and light percussion such as bells, lends itself to Christmas music rather well. From the holy serenity of choral Prayer to the warm coziness of ballad 크리스마스잖아요 (Because It’s Christmas) to the festive grandeur of the newly rearranged carol 크리스마스 선물 (Christmas Present), Kim covers essentially the whole range of traditional holiday music in the first three tracks. 한겨울밤의 꿈 (A Midwinter Night’s Dream), a jazz ballad track which, along with Christmas Present, is a remake of a track from Kim’s 2000 album Hope, rounds out the Christmas lineup along with duet 새로운 시작 (New Beginning).

겨울잠 (Hibernation) is a little different: accompanied only by the warmth of his intentionally untuned piano, Kim sings an austere, solitary melody in beautiful, expressive language. It’s a great track of its own, but it also acts as a setup for lead single Replay. To be clear, Replay is not holiday material at all. Nor is it quite like Hibernation. Nor is it in the style of Monologue (2008) and other soft, easy-listening works that have become Kim’s trademark. It’s instead a devastatingly emotional and massively scaled ballad, in vintage Kim Dong-ryul form. A return to roots, if you will. Replay‘s operatic score and structure employs the same kind of brooding, slow buildup and intense climax as Kim’s celebrated older works like 기억의 습작 (Etude of Memories), and the song eschews elegance for rawness. Dramatic instrumentation leads the song to stormy waters, where Kim’s vocals, normally calming and reassuring, cry out with unkempt ferocity.

Why is this track included on KimdongrYULE, let alone as its lead single? That’s a good question, and I’m not sure what the answer is. Kim says he wrote Replay in the early 2000s but set it aside at the time; that would explain the similarities to older albums. But for whatever reason, he chose to dust it off and put it on his holiday album, and that gives KimdongrYULE a whole additional dimension. It’s no longer merely a Christmas collection, but rather a work that, as said above, blends the line between functional and popular music. There is deliberate intent in this. Kim didn’t throw in a completely out-of-place track and call it good; there’s a setup for Replay in Hibernation, and upon closer look, the song’s theme fits in with those of solitude and isolation found elsewhere on the album. Take a step back, and suddenly some lyrics of KimdongrYULE seem a bit melancholy for holiday music.

By the time uplifting closing track 우리가 세상을 살아가는 법 (How We Live This World), a goodie bag of sorts for ballad fans featuring nostalgia-inducing, 90s-style instrumentation and a massive star-studded cast of 18(!) ballad artists (see the tracklist for the full cast), ends, the feeling is strengthened. By combining two distinct and generally discrete fields of music, Kim Dong-ryul has created new nuances and subtleties. KimdongrYULE‘s Christmas songs are lovely, and the ballads evocative. When they come together, each is even more so.