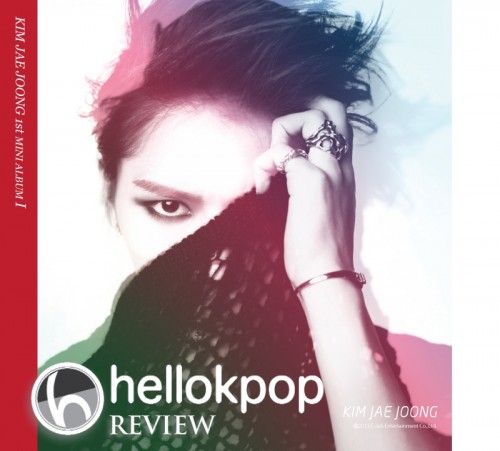 A lot of the things that I’ve written about Kim Junsu apply to groupmate Kim Jaejoong‘s solo debut as well. Here is another JYJ member who is about as well-prepared (even overdue) for a solo debut as you could get, and one who’s able to take charge of his music to a significant degree. Now, the obvious storyline with I, Kim’s first EP, is the focus on rock. While this isn’t that surprising, given that Kim has shown an attachment to rock music before, more unexpected was the announcement that Kim Bada would be helping to produce the album – not only because of the elder Kim’s stature, but also because as far as I’m aware he hasn’t composed songs for any solo artist before.

At any rate, the former Sinawi vocalist wrote two songs for I – One Kiss and Mine – and these form the weighty musical center of the album. The former is especially striking: Kim Bada lives up to his billing, painting a breathtaking rock-ballad vista in a style reminiscent of his recent Art of Parties single 섬 (Island). It’s not as quite as abstract as that track was, in that One Kiss still follows traditional structure and plays with familiar genre conventions, but it does expel that same kind of rousing energy through a cathartic chorus. Kim Jaejoong doesn’t save his best performance for later, either; this is one of the finest vocal outings from the artist’s career. The gradually breaking vocals, which progress from brooding to breathy to steely, are extremely efficient in emotional conveyance, and that’s no mean feat in such a quickly developing track as this. Touches like the subtle fading wail on the “why” of “why didn’t come my way” [sic] and the controlled belt in the bridge are impressively executed. It’s an auspicious opening.

The positive vibes carry over to Mine, which is more generous on the ear-candy. The track’s melody isn’t overly complex, but unpredictable spins on the same motif keep the track dynamic. Listen to the constantly shifting guitars in the first pre-chorus, the drums raising tempo upon the second repetition of the chorus melody, the writhing bass line in the bridge section. This diversity and aggression in the song’s riffs drive the track forward. Kim Bada deserves a lot of credit for this one.

Meanwhile, the melody itself and instrumentation seem to be significantly influenced by Japanese visual rock. Pieces of Mun Hee-jun‘s solo work comes to mind as a comparison, although it should be noted that Kim’s vocal work blows Mun’s overly (and notoriously) fragile style out of the water. Kim navigates this fickle track with bravado. The song’s central theme – that of ownership – is given compelling expression as he lashes out sharply and roars protectively. Together with the performance in One Kiss, this is plenty to put Kim Jaejoong in serious discussion among the most promising rock vocalists of his age; more generally, these two songs give Kim a more legitimate rock discography than some idol bands’ entire careers.

As an aside, this is another one of those cases where the music video dramatically changes the listening experience. A couple things happen here; for one, the video redirects attention from the song’s sound intricacies to its sweeping emotions, and for another, it turns the narrative from that of a desperately possessive soul to a desperate soul being possessed. One’s not better than the other; it’s simply two ways of listening to the same thing.

The rest of the EP is somewhat less focused. Instrumentation backs down to acoustic- and string-based ballad accompaniments, while the themes become more pedestrian and straightforward. There isn’t much here that we haven’t heard Kim do before. Perhaps the tinge of groove in 내안 가득히 (You Fill Me Up) is new, but even that track is cut from roughly the same cloth as TVXQ pop-ballads like One, if with less drama. The artist does let us reaffirm his proficiency in ballad composition with 나만의 위로 (Healing for Myself) – though the song is heavily dependent on Kwon Bin-gi‘s arrangement, the melody is no slouch at all.

Would the album have been stronger with more tracks like the first two? Of course. But considering that rock doesn’t sell very well in Korea anymore, and that Kim Jaejoong’s existing fanbase isn’t necessarily full of rock fans, I actually seems like more than we could have hoped for. And what you hear in this EP should be exciting: Kim is already showing that he’s beyond the vocal-performance hump that many idol artists run into when attempting the genre. I’m not sure that even Lee Hong-ki could interpret Mine better than Kim did in this first outing. (TVXQ’s punk-infused SMP tracks don’t count.) I’ll wait on crowning him the next rock sensation until he shows that he can also compose this stuff at a high level (or consistently find well-suited partners to do that for him), but that makes this no less impressive a debut.