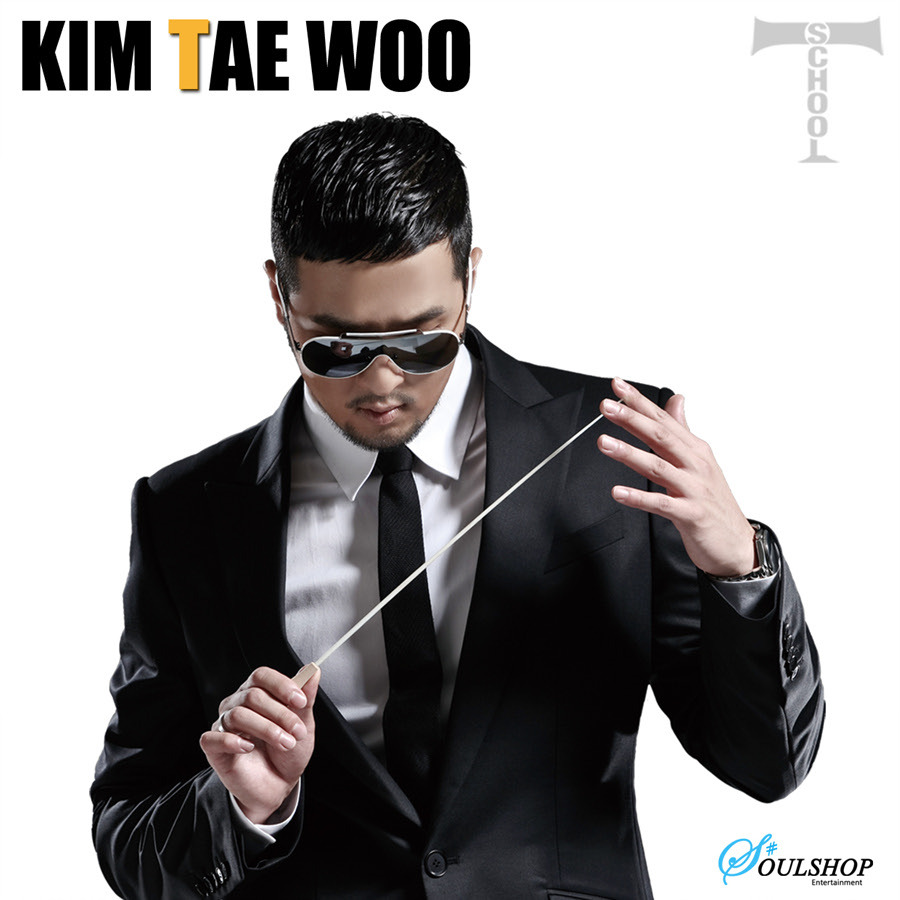 When asked about the meaning of his second studio album’s title, Kim Tae-Woo replied that it showed how he was “learning about life through music”. Indeed–the veteran singer has been a musician for every year of his adult life, and he’d certainly have picked up a thing or two from his eventful career with g.o.d., as well as the years after. The statement makes even more sense when you apply it back to Mr. Kim’s music.

Kim Tae-Woo is among a modest number of young, (yes, twenty-nine is still young,) mainstream artists who have never became stagnant in their solo careers; he keeps changing, keeps experimenting, keeps learning. So there’s something bittersweet in that his newest experiment, T-School, doesn’t shape up to its potential.

2009′s exhilarating T-Virus and its 사랑비 (Love Rain,) was a breath of fresh air for the entire scene–it was that big and that good. It also gave Kim Tae-Woo a solid new direction to take his music. His unique brand of unobtrusive, upbeat electropop was both more successful and better received than his more traditional ballads from before, and so it’s no surprise that T-School was crafted within the same framework.

It’s not a bad decision on Kim’s part; you’d be hard-pressed to argue that he should abandon his new style so soon, when it’s proven so successful and when he’s barely begun to explore it. The question, then, becomes this: does he actually capitalize on T-School as an opportunity to explore that style beyond what we heard in Memories and Remembrance and T-Virus? The answer is yes, but it has a catch.

One of the defining characteristics of T-Virus, and also the immediately striking thing about the new album, is laid-back sounds.  T-School’s tracks are often loosely structured and/or feature an easy-listening, comfy feel, and the impression is only strengthened by the experience-based deftness in which Kim Tae-Woo handles each song. Brothers & Me is a standout in this regard, as Kim skillfully weaves a warm melody on a bustling piano R&B beat, singing of unbreakable bonds and old friendships. Rain and Park Jin-Young make featured performances, essentially making the track a small reunion for the old JYP Entertainment team and adding to the homey feel.

Title track 메아리 (Echo) is similar in its laid-back nature, but here it’s a detriment. On one level, you could almost call it “Love Rain 2,” it’s has the same bumping-beat, refreshing-imagery, happy-energy formula. But oddly, it seems as if Echo has been sapped of some of its predecessor’s vibrancy. The chorus’s melody flows a lot more smoothly, and a string line or two makes up for most of the instrument track, as opposed to the intricate piano work and rich blend of electronica from before.

If Kim was going for a more minimalist theme, he succeeds. Unfortunately, the remaining stuff fails to be all that engaging. The melody and verses are focused on being smooth and easy, but not on being interesting. There are some flashes of brilliance, like the intensely memorable bridge, but as a whole Echo is rather bland and ultimately forgettable. 이게 말이 돼? (Does This Make Sense?) and 그대라는 날개 (You Are My Wings) offer further sweet love-song fare in this vein, and both are solid, if not outstanding.

Ironically, the best tracks in T-School are ones that don’t follow the T-Virus style. R&B pop number 늦기전에 (Before It’s Too Late) distinguishes itself with tastefully selected instrumentation and a memorable melody. Kim teams up with familiar duet partner Lyn once again to deliver a touching, thoughtful ballad in 6년전 오늘 (Six Years Ago, Today.) Even Just Smile, which not only features Mighty Mouth but also decisively sounds like a recycled Mighty Mouth track that decided to feature Kim Tae-Woo, is a welcome diversion.

The vocal performance throughout, at least, is a bright spot. Kim Tae-Woo has always been a premier vocalist, and he’s evolved more in T-School. It’s not easy to be as versatile as he is here: mischievous in Echo, soul-shaking in Before It’s Too Late, alluring in Does This Make Sense?. He evokes the full range of human emotion with remarkable ease, even finding time to surprise listeners with a rich, deep melisma reminiscent of JK Kim Dong-Wook and Ha Dong-Gyun in that last one.

Kim Tae-Woo chose to stick with his newly found genre, presumably to explore and show us more of it. He sure took advantage of the opportunity in T-School, but the results aren’t really satisfying. None of these upbeat electropop tracks are bad songs–it’s just that none live up to the promise and potential we saw two years ago, and none are as engaging.

The album itself is also rather undersized for a full-fledged studio release, and isn’t as cohesive as it could be. It makes me wonder whether the release was rushed.

Love Rain set a bar for all pop artists, including Kim Tae-Woo himself. Maybe that bar is too high, maybe not. But if he does what he’s always done, and uses T-School as an opportunity to learn and change, there’s no saying that he won’t shatter that bar again. If he does, it’ll more than make up for the disappointments in T-School.