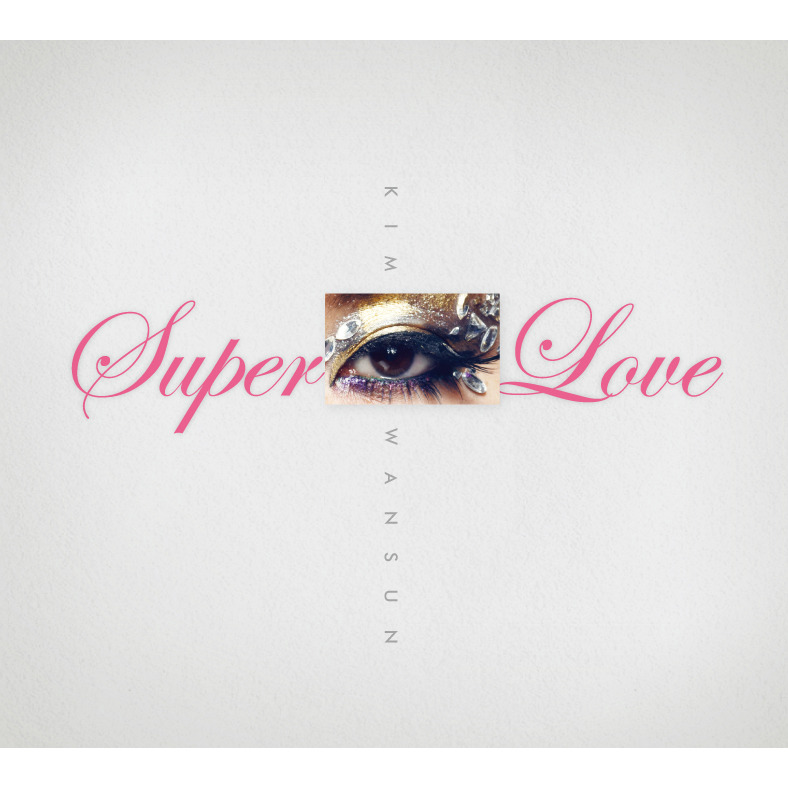 By Jung Bae | May 5, 2011
FacebookTwitter
SubscribeGoogleWhatsappPinterestDiggRedditStumbleuponVkWeiboPocketTumblrMailMeneameOdnoklassniki

For the last, oh, twenty years, Kim Wan-Sun has operated on a leisurely release schedule. It hasn’t been strange to see her go several years before putting out an album, which then goes on to ‘revive’ interest in her and generate buzz. This time though, things might be a little different; it’s been six years since her last outing, a whopping twenty-six years since her debut, and by now the demographics of music consumers have shifted decisively to the late 80s- and 90s-born generation. In other words, people don’t know who Kim Wan Sun is anymore. Perceptions of “dancing queens”, the chronicles of Uhm Jung-Hwa, Baek Ji-Young, Kim Hyun-Jung, Lee Jung-Hyun, BoA, Lee Hyori, and more recently, the Son Dam Bis and Kahis of the world (and yes, I left out a great number), are alive and well among today’s young listeners. But as for the artist who helped coin that lofty title, ‘dancing queen”‘ as a teen phenomenon? Some have never heard of her, and for others it’s just a name.

So Kim Wan-Sun’s new EP, Super Love, carries a bit of responsibility. It needs to leave a new impression on a new generation, one that will make this legendary figure relevant to its members; at the same time, it must satisfy the still-huge fan base who remembers the Kim of old. Allegedly, the EP was created with a mind for including music that she had always wanted to do, while not alienating the public. It’s a compromise.

Lead single Super Love is a pretty good approximation of that guideline. It’s one of those tracks that you don’t want to classify into any one genre; technically it’s an electropop number with a heavy hard-rock base. That’s a little surprising: Kim’s last album, Return Seventeen, dabbled with a little alternative, but nothing nearly as heavy as this. It’s not exactly the kind of track you’d expect, given her former musical identity. To be sure, this is definitely not a half-hearted attempt at the new genre. The track is supremely powerful, with a breathless, energetic melody running on rousing guitar and restless drums; the quality is courtesy of a talented production team, including Cuba guitarist Lee Jung-Woo, trumpeter Bae Sun-Yong, and Grammy-nominated producer Sunny Nam. Components like a singalong chorus and well-timed explosive bursts guide the track into near-anthemic territory. Most remarkable is the way in which Kim just takes control of the track: Super Love is a love song (surprise), but a striking one at that when Kim’s on the mic. Her vocals are ripe with charisma, and her proclamation of love is exhilarating and bold. There’s an undeniable sense of sheer presence here that many artists could learn a thing or two from, and it gets that dual job done–being impressive but not alienating.

That said, there’s something a little odd about Super Love. I’m not quite ready to call it an ‘issue’ or a ‘problem’, because I’m not yet sure if there’s even a way to resolve it. While she takes emotional charge of the track, Kim still has a distinctly light vocal tone, one that’s fairly easily recognizable: it’s airy, sounds slightly suppressed, and has a fadeaway at high notes. It’s a very relaxed-sounding way of singing. In Super Love, that style is somewhat of a mismatch: the music could easily overpower Kim’s vocals by sheer volumetric superiority, no matter how good she sounds. So the song features husky-voiced Tama, vocalist of indie band Tama & Vagabond and also chief producer of the EP, to sing along with Kim for most of the chorus and some of the bridges. Make no mistake: he’s got a great voice, and it certainly helps alleviate the aforementioned vocal-instrumental imbalance. But this additional performance changes the feel of the track in a significant, almost fundamental way. Without Tama’s vocals, Kim’s performance would feel even more dominant, more assertive, and I think it would be a better fit for the song’s lyrics and attitude. As it is, the vocal attention is shared between the two artists, and some listeners may hear more of Tama simply because his tone is more suited to this type of music. Then again, removing Tama from the song may leave Kim actually sounding worse, as she’d have to battle an unfriendly style by herself. It’s a dilemma that I wouldn’t want to be in, and so the matter is just a point of discussion rather than being an actual detriment.

Meanwhile, the EP’s other two tracks are no pushovers, either. Oz on the Moon is a melancholy acid-jazz piece with some interesting construction; the instrumentation is generally pretty tame, but there are some seemingly jarring components that drop in and out, including a fading brass, immaterial electronic, and chord-breaking piano. The rest is filled in by moody saxophone and dreamy synthesizer, and Kim’s distant vocals and cryptic lyrics make for what is definitely the most experimental track out of the trio. Ballad track 슬픈고백 (Sad Confession) is the grounded counterpart to Oz, again featuring Tama for a touching duet. While it doesn’t offer a whole lot for people looking for something like the other two tracks, this one’s also interesting in its own way. Most notably, the song is in the mold of 90s-style duet ballads, the kind that you just don’t hear anymore. The slow beat, all-analog instrumentation, romantic breakup lyrics, the harmony, the atmosphere and aftertaste–it’s all there. If you’re a fan of those classic performances by the likes of Lee Sora & Kim Hyun-Chul or Lim Jae-Bum & Lena Park, this might be a nostalgic treat. No, it won’t be the next genre-defining 그대안의 블루 (Blue in You), but it’s really nice to be able to hear this kind of music again.

Frankly, I didn’t know what to make of the news that Kim Wan-Sun was making her comeback this year. Super Love puts most of my doubts to rest–Kim still knows what she’s doing, and she’s still got the touch. What I’m still unsure of is where she’s going with this. Super Love could just as well be a transition stage into something else, or it could be a taste of more to come. My guess is the former, but there’s no real way to tell. At the moment, though, what’s important is that Kim is capable of returning to the top–not as the captivating, chic prodigy that once sung 삐에로는 우릴 보고 웃지 (The Clown Laughs at Us) straight into the fascinated hearts of a whole generation, but as an accomplished, charismatic, cool artist with more experience than ever to go with her gifts. Once a queen, always a queen.