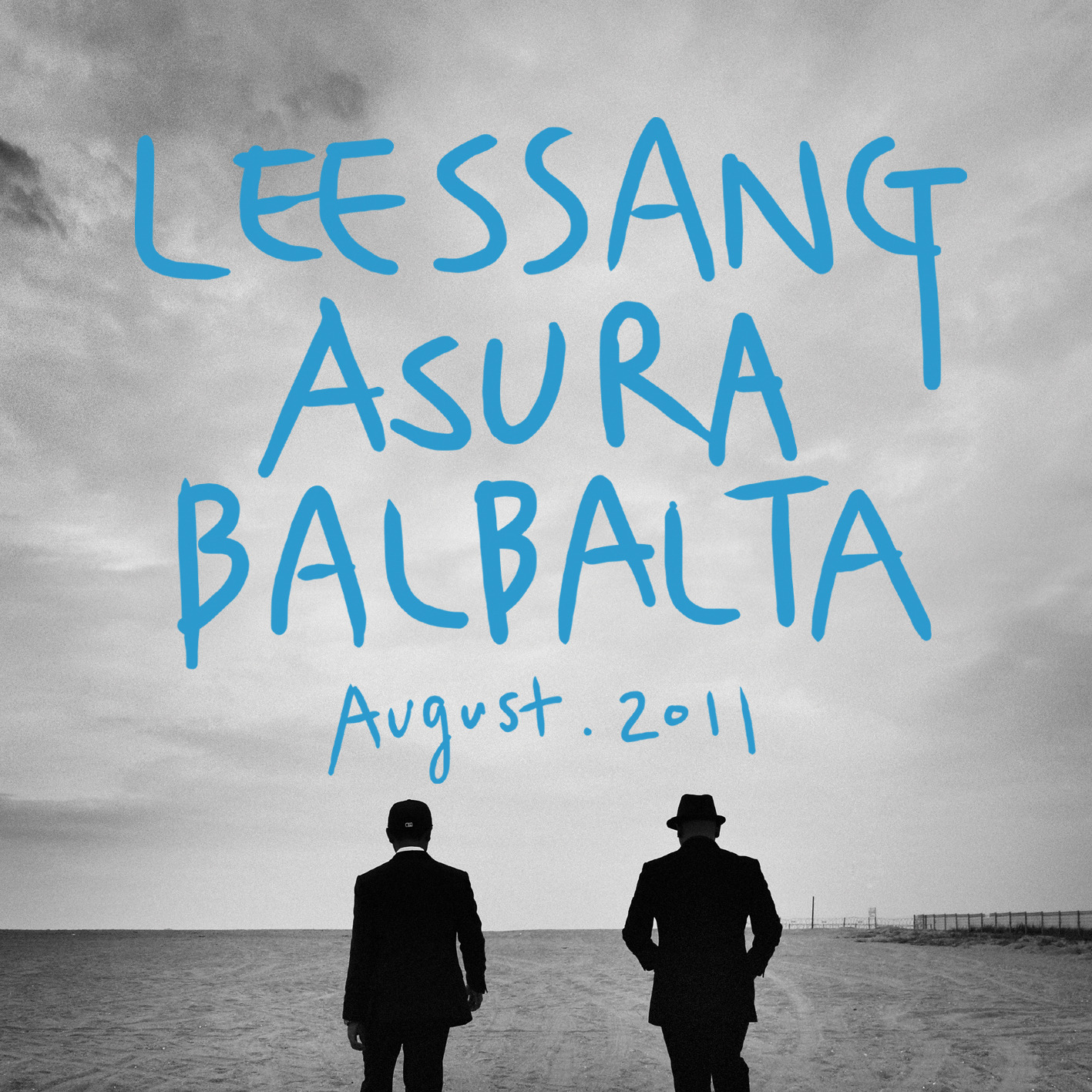 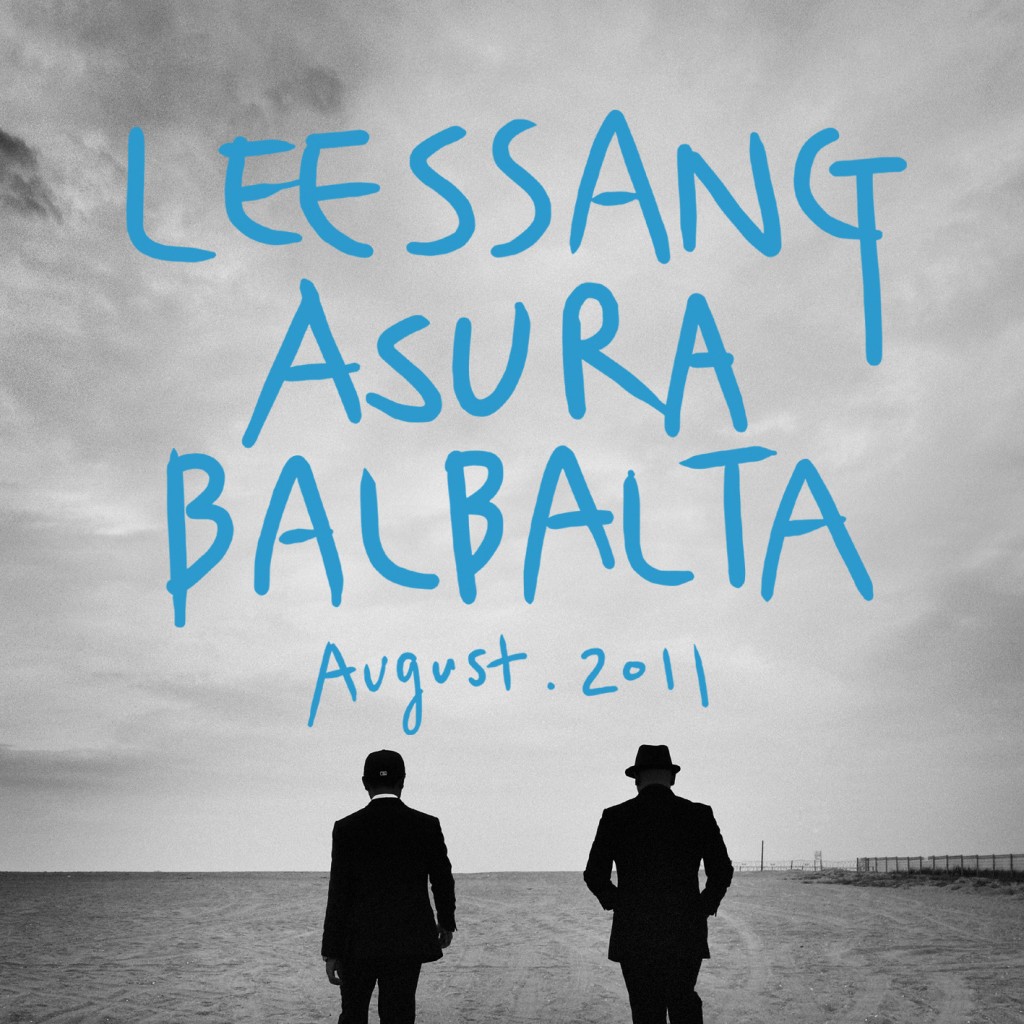 It started when Gil got popular as a TV entertainer a few years back; more recently, with Garry joining in on the fun, even less people remember that these two guys are, in fact, musicians. Accomplished ones, at that. No doubt, the past few years must have been quite an experience for the two men of Leessang; that experience melts subtly into their latest release, AsuRa BalBalTa, opening up avenues of storytelling and sensibilities that weren’t available before, and while it’s not exactly a grand homecoming, the end result is quite the embarrassment of delicious lyrical and melodic riches.

You’ll notice that this Leessang is no longer the “life-lamenting rappers” of old (that was an actual nickname for this group). AsuRa BalBalTa is brighter than any of Leessang’s work that I can remember: its modal spectrum shifts more to life’s benevolent moments and its emotions become richer. Even the album’s “second act” of sorts, where the album’s heavier, darker tracks reside, doesn’t have the same flavor of grim, abject reality and despairing madness that Leessang’s 재, 계발 (Re-Enlightenment) (2003) and Library of Soul (2005) once did better than anyone. That’s a trend from 2009′s Hexagonal that this album continues; another is the generous number of non-rapper featured artists. Hexagonal‘s cast was surprisingly diverse: it had the few requisite Movement rappers (Tiger JK, Dynamic Duo, and Bizzy), and perennial featured partner Jung-In, but that was it for the expected. Leesssang had recruited an array of both mainstream and indie musicians from a number of styles, including YB, Lee Juck, Jang Gi-ha and the Faces, Lucid Fall, Casker, Kim Bada, and Enzo. B; as impressive as that list is, AsuRa BalBalTa‘s is arguably even heftier in name value. Consider this: Bizzy, B-Free, Gaeko, Jung-In, Harim (all expected), T (or Yoon Mi-Rae; not unexpected), Kang San-ae, Kwon Jung-yul of 10cm, Windy City, Baek Ji-young, Guckkasten, PoBi, and although uncredited, Yu Jae-suk as MC Nal-yu (whoa moment). Recognizable voices are available in abundance.

As alluded to above, this album is more or less split into two parts. The first half or so are brighter, ballad- and R&B-infused softer tracks, while the latter half is darker. That first half is kicked off in pleasant fashion with the album’s lead single: 나란 놈은 답은 너다 (The Answer To Me Is You) is a sad love song, but it’s decidedly mellower than the bitterness of old. Gil’s beat is gorgeous, its sugary-sweet piano chords breaking across a soft string accompaniment. Too, the man’s gruff chorus is brimming with emotion; it sounds as if tears are simmering just underneath that melody. Garry actually doesn’t change his trademark blunt, brusque rapping much, but then again he doesn’t need to. The Answer To Me Is You has a vintage-Leessang subject, that of a desperate man who’s lost his love; this is Garry’s forte, and both his austere lyricwriting and honest delivery are spot-on. Harim’s emotive bridge is the icing. Yeah, we’ve heard this more than a few times, but it doesn’t get old–yet. The softer love song formula, attempted before in 헤어지지 못하는 여자, 떠나가지 못하는 남자 (A Woman Unable To Part, A Man Unable To Leave), looks like an even better fit for the duo this time around.

The Answer, etc. is clearly the most commercially-minded track out of the album, and thus the experimentation and unorthodoxy is kept to a minimum. TV를 껐네… (Turned Off The TV…) is where it gets more interesting, with its unapologetic but tastefully indecent dialogue and appropriately mellow performances. Garry and Gil are solid, but the featured artists steal this show: T (it’s so, so great to hear her rapping for the first time in about two years) puts up an all too short, classy 12-bar, and Kwon Jung-yul is effective in the moody chorus. Other standouts in the first half include the clubbing tale of Serenade, notable for its juxtaposition of an intoxicating slow-jam chorus with a reggae funk-infused rap verse, and 죽기 전까지 날아야 하는 새 (The Bird That Must Fly Before Death), a dedication track to Bizzy (sort of like what Tiger JK did for Loptimist in fHeel gHood Muzik) that rides upon a melancholy jazz-guitar beat and a powerful performance from the album’s most surprising featured artist, legendary folk artist Kang San-ae. The section is rounded out with the memories and shout-outs of 회상 (Reminiscence) and a solid remake of the 1989 Lee Jang-hee classic 나 그대에게 모두 드리리 (I Shall Give All To Thee), before the album transitions with intermission track AsuRa BalBalTa.

All of this is a really good fit for the new-look Leessang. Gil has a penchant for making these softer melodies really attractive, and Garry’s austere, technically unsophisticated (in a good way) style of storytelling lyricism works better in these tracks than more hardcore endeavors. The lyrics and stories themselves are more interesting than those of the infinitely-repeated swagger tracks. Unfortunately, the second part of the album doesn’t stand up to that same high standard. Aside from 격산타우 (Gyuksantau)*, that is. An exquisite hybrid between psychedelic rock and hiphop, this one is outstanding from a sound perspective. Guckkasten’s trademark trippy effecter work and lead vocal Ha Hyun-woo‘s equally trademark, absurdly powerful singing make this far and away the most intense track; Garry barely keeps up (though his performance is pretty good).

But the others are frankly mediocre on the interest scale. 강남 사짜 (Kangnam Con Man) starts with an intriguing premise, but the overly lethargic beat kills the suspense; 독기 (Grim Determination), a Garry solo track, has refreshingly honest lyrics (among other things, he’s frank with the fact that he does make a lot of money these days, and cites that as the reason why being poor is no longer a theme in his lyrics) but again misses the bus with a bad chorus and general lack of polish. And so on.

So it’s like half of a good album that we have right now. Which is fine, as far as such things go: the half that we have is pretty good on its own. AsuRa BalBalTa‘s most promising aspect comes from the fact that that good half is the unorthodox one; a brand of hiphop that Leessang’s still pretty new to. Those polished, silky beats and mellow sensibilities are a far cry from “vintage Leessang”, but they’re slowly becoming the Leessang. I’m not too worried about their more traditional stuff falling flat in this album, not only because they’ve shown us more than enough of that in the past but also because I feel that it’s a natural change. Garry and Gil are today different people from the two guys that recorded Leessang Of Honey Family. Their lives have changed. AsuRa BalBalTa reflects that, and so it’s more honest than it would have been otherwise.

A caveat: Leessang’s greatest strength has always been the ability to weave incredibly compelling narratives, both fictional and autobiographical, that listeners can relate to. Library of Soul was a masterpiece in that regard: tracks like 도시 싸이클 (City Cycle) and 청춘 30 (Youth 30) respectively told the former and latter kind of story in rich yet down-to-earth style, and essentially the whole album was like that. AsuRa BalBalTa focuses a bit too much on the autobiographical, and while Garry’s new stories are insightful, they obviously don’t have the relatability of the ones from a decade ago. Will Gil and Garry find a way to reconcile this somehow? Maybe, maybe not. But either way, they’ll always have great tales to tell.

* “Gyuksantau” is the name of a martial arts technique that focuses on indirect impact.