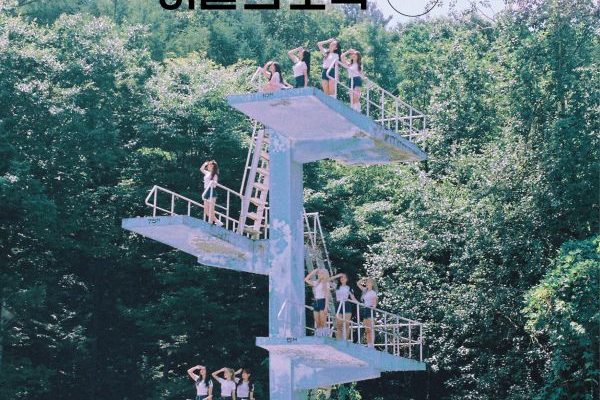 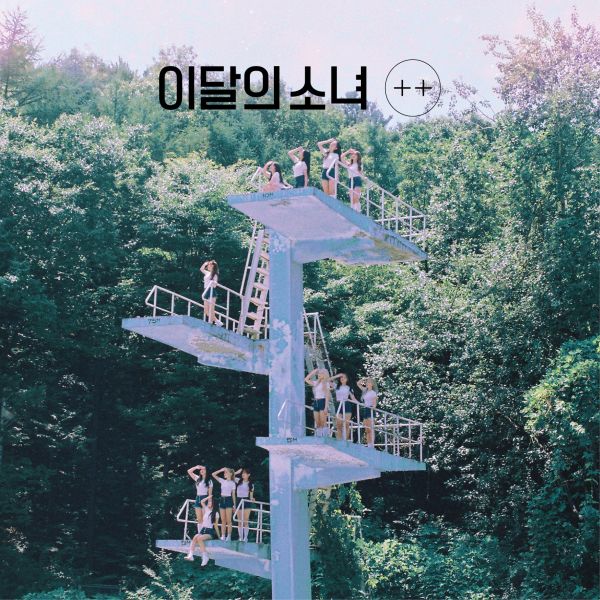 How do you culminate a debut project spanning 12 members and three subunits, revealed over nearly two years in a discography of fifty songs? It’s not a simple task, and [+ +] (pronounced “plus plus”) reflects a certain kind of labor taken to get it right.

Since 2016, Loona’s members and subunits have each starred in predebut singles that vary greatly in sound, genre and concept. (And many of them have been quite excellent.) If the goal is to somehow showcase and reconcile that for a full-group effort (which I believe BlockBerry Creative is trying to do here), I can think of two broad approaches. You could produce a song that singularly captures the range of what’s been shown before; or you could try to do that at the album level instead, by featuring tracks that each capture a distinct style. [+ +] does a little bit of both.

The intro track certainly represents the former approach, as it literally mashes together the intros of the three subunit albums. A more interesting attempt at this is in the title track “Hi High”. At its core, this is a frenetic and upbeat dance track, with sparkling synths and a pounding beat that seem like natural extensions of Loona yyxy’s EP. But there are moments when it breaks that mold.

In the dreamy opening, washed-out narration, buzzing notes and atmospheric pads create both space and urgency. It’s reminiscent of the satisfying richness in Loona Odd Eye Circle’s brand of EDM (and particularly of “Odd Front”, which gets great mileage out of a similar opening). Later, the bridge slows the relentless beat to introduce a hearty, pulsing wave as HeeJin sings out a calming melody befitting Loona 1/3. The cathartic extended-chorus at the end follows in the mold of “Love & Live”, another MonoTree-made Loona piece.

These and other, smaller genre-bending touches – like Olivia Hye’s really conspicuously written “I’m egoistic, unlike anyone else” that hearkens back to her solo – help “Hi High” stand out from the countless songs in this crowd, by introducing unexpected wrinkles. The key is that these devices require no prior exposure to the group’s material in order to work (although longtime fans will find plenty to unpack in the dense music video).

“Hi High” doesn’t exactly rewrite the book on this kind of bubbly dance pop, and I wish it carried a little more of its intro’s wistfulness, redeemed a bit more of its underlying tenderness. The constant part-switching (maybe a fact of life in a twelve-member group) also fragments the track, and doesn’t even serve to show off the range of vocals – the gentler vocalists like HyunJin and HaSeul are hardly noticeable. But the song is undeniably winsome, and seems to be a decent shot at blending the colors of Loona into one piece.

The side tracks, meanwhile, lean more towards the second approach from earlier: they are more faithful to a particular style, each of which is a bit removed from the idol-group flavor du jour. The payoff is that they arguably end up better songs than “Hi High”, and the best two are “열기” (“Heat”) and “Stylish”, in both sound and lyrics.

The former is a moody jam that borrows from moombahton and tropical house. An understated marimba-and-bass beat builds quiet intimacy, before a big brassy chorus opens up the melody and ushers in a passionate drop. Kim Lip (whose “Eclipse” is similar in mood) and JinSoul (who’s especially audible in the group chorus) are a great vocal fit here, and I think Chuu’s performance is a revelation: we knew she has main-vocal chops and she gets the soaring melisma in “Hi High” and all, but she effortlessly nails several new and different vocal colors here, from whispered mystery to bold invitation to spent passion.

I’d be remiss to not mention Seo Jeong-ah’s writing, which maps the song’s stormy progression to a night ride in a hot air balloon.* The onomatopoeic refrain works much better than I thought it would, and I love how the intentionally hazy and exclusively relational lyrics suddenly turn focus outwards in the powerful final chorus: “Today I prepared for you // A beautiful star is shining bright // This isn’t the end, look up and look for me // There, the moon is risen tonight”.**

“Stylish” – a sleek future-bass number that would also fit right into an OEC album – also has nice writing, but in a very different way. Iggy (the longtime GFriend producer) and Lambo treat this almost like a rap song, consistently replacing the last part of each line with English rhymes. Some even turn out as cute punchlines (“All day long, Play ‘love’ station”; “You’re so stylish, wanna collect mileage”). The general playfulness enlivens the track’s catchy stutter synths and metallic sheen.

By its nature, “Stylish” also weaves out of the fragmentation problem that “Hi High” as well as lead single “favOriTe” have. It’s the most vocally busy song on the EP, with all kinds of part-switching, -sharing, and interjections occurring constantly in the hook and chorus. That’s not a problem in this laid-back track, and the song gives space for the underutilized members to shine.

ViVi and Go Won (the latter of whom we noted had interesting spot vocalist roles in the yyxy EP) make this chorus deviously addictive with airy rhythm, and YeoJin and Choerry each have key solo roles as well. While it’s not straightforward to do this with more focused tracks, “Stylish” uses Loona’s numbers so well that I still wonder if elements of this song (like the harmonizing interjections and back-and-forth dynamics) hold an answer.

Rounding out the EP are the aforementioned “favOriTe”, an aggressive old-school dance pop powered by intricate brass-and-wind riffs, and “Perfect Love”, a bouncy synthpop piece with delicious wobble. To be clear, both have issues. The former has a frustrating vocal tidiness that doesn’t match the track’s energy, so apart from YeoJin’s rap and the muted interludes spanning Yves to HaSeul, the whole thing is underpowered; the latter, meanwhile, progresses loosely and the thin lyrics don’t help. Fortunately, the almost overwhelming sound quality makes up for the limitations of both tracks. (That second chorus of “favOriTe”, where the drums empty out and thick bass just stretches over the brass, is a jaw-drop moment.)

So there’s no filler in [+ +], and more importantly, there’s a lot of thought here towards crafting a fitting debut album. It plays the title track safe yet showcases some of the predebut project’s wide spectrum; it also shows us some entirely new things and shows us that the group is generally equipped to handle them.

Really, the biggest hurdle for this EP might be that it’s an EP. Short of some heroic efforts, you can’t flesh out a grand soundscape or use twelve members effectively in a handful of tracks, and “Hi High” is not that kind of effort. As varied as the side tracks are, they still come nowhere near covering the distances between, say, “Let Me In” and “Rendezvous 18.6y”.

An auspicious debut, then, that nevertheless leaves much more to be shown. Armed with burgeoning talent – Heejin, JinSoul and Yves, among others, are featured particularly heavily this time around, but all have potential – and immaculate polish, Loona ends an era and begins another one with confidence.

*Hence the song’s subtitle “9”, which reads out loud like “Hot Air Balloon” when combined with its Korean title.
**Incidentally, this stanza continues the streak of every Loona release except for the HeeJin and ViVi solos containing references to a celestial body. A bona fide tradition at this point, if you ask me.